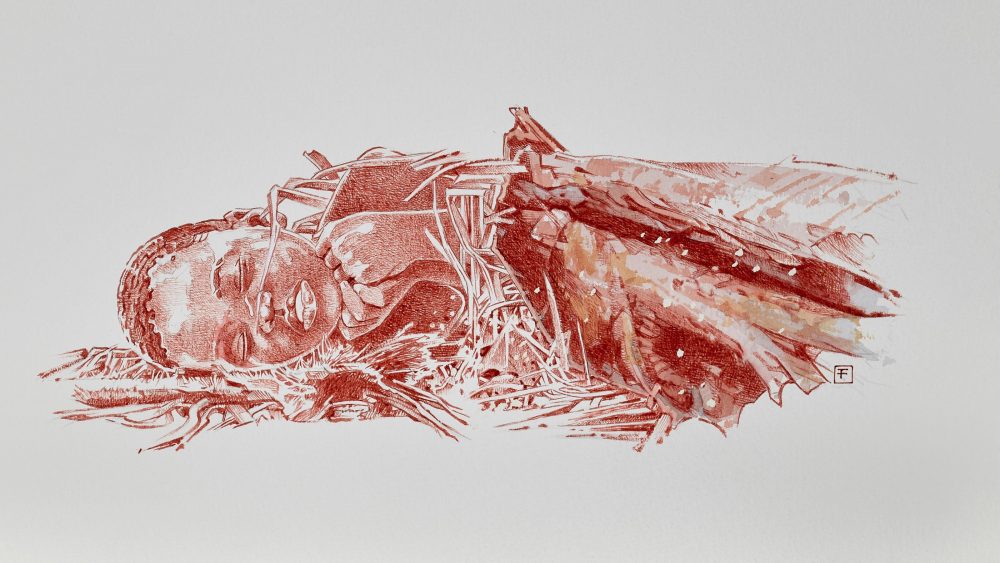 The oldest human burial in Africa.

Archaeologists have discovered the oldest human burial in Africa, dating back about 78 thousand years ago. The remains of a 2.5–3-year-old child were found in a shallow grave in Panga ya Saidi cave on the Kenyan coast. Scientists gave him the name Mtoto, which means a child in Swahili.

The origin and evolution of funerary practices in humanity are of great interest and discussion. The earliest known burials of Neanderthals and modern humans in Eurasia date back to about 120 thousand years ago. They buried their dead, as a rule, in residential places or in the immediate vicinity of them until about 40 thousand years ago.

It is noteworthy that infant and child burials are widespread at sites in the Levant and Europe, accounting for about 35–55 percent of all known burials.

At the same time, in Africa, human burials dating back to the Middle Stone Age are extremely rare, and for some regions, for example, for East Africa, they were not known at all.

1. An international team of archaeologists worked at the site in Kenya’s Panga ya Saidi cave. Excavations here began in 2013 and revealed 19 cultural layers dating from 78,000 to 500 years ago.

2. Archaeologists discovered that a pit measuring 36.7 by 39.8 by 12.5 centimeters was once dug at a depth of three meters, clearly distinguished in its texture and color, and its surface indicated the presence of decomposed bones.

3. During excavations in 2017, scientists found several more small fragments of bones, but since they were poorly preserved, it was decided to mothball the entire object and transport it for thorough laboratory research.

4. In the laboratory, scientists have discovered an incomplete skeleton of an immature person about 78 thousand years old. The now-oldest human burial in Africa included the base of the skull, a fragment of the left lower jaw with five teeth, the cervical and thoracic spine with ribs, the right clavicle, and the left humerus, as well as several fragments of other bones.

5. Based on the development of the teeth, scientists have concluded that this is a child who died at the age of 2.5-3 years. They gave him the name Mtoto, which translates from Swahili as a child.

6. The researchers identified four characteristics that confirm that shortly after death, the child’s body was placed in a pit where the entire decomposition process took place.

7. These include: macroscopic anatomical integrity; minimal displacement of bones; the abundance of gastropods feeding on earthworms in the immediate vicinity of the corpse; geochemical and histological analyzes indicating decomposition at this site.

8. A set of laboratory studies showed that the body was placed in a hole in a bent position on the right side. In addition, the displacement of the skull and the first three cervical vertebrae indicated the presence of a void underneath.

9. Scientists have suggested that a pillow was probably placed under the child’s head. According to the researchers, this confirms the hypothesis that a ritual was carried out during the burial, that is, the corpse was not simply abandoned or buried by accident.

10. Archaeologists have concluded that Mtoto is the oldest known human burial in Africa, and have also suggested that burial at residential sites such as Panga ya Saidi reflects people’s mourning behavior and intentions to keep the dead nearby.