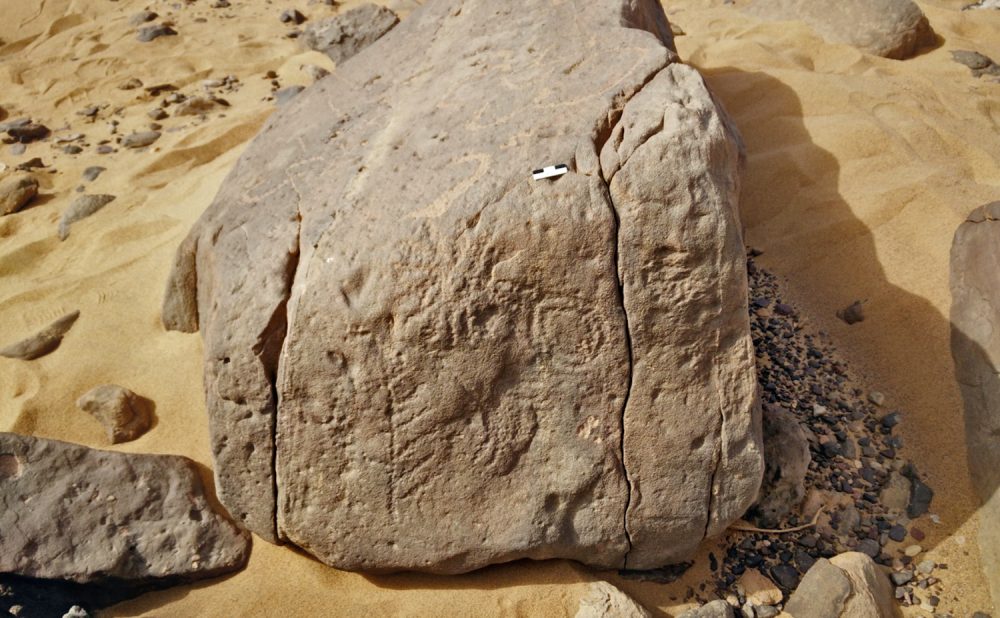 The discovery places ancient Egypt as the first territorial state in the world.

A group of Egyptolgosts hs made a sensational find; they have managed to successfully decipher an inscription that makes reference to an ancient Egyptian city created in honor of the legendary Scorpion King.

Scientists from the University of Bonn in Germany, together with the Egyptian Ministry of Antiquities, have deciphered the oldest name place sign in the world, one that places ancient Egypt as the first territorial state in history.

An inscription carved into the rock dates back to the times when the Egyptian state began to form, somewhere at the end of the fourth millennium BC, long before the first Egyptian pyramid at Saqqara was even envisioned.

The discovery was made as the researchers were conducting excavations at Wadi el-Malik, east of Egypt’s legendary stone quarries of Aswan, when they found the inscription that, according to the writings of the time, was delineated in a circular way because it is a state.

The four hieroglyphs that compose it are interpreted as “Domain of the Scorpion King Horus.”

“For the first time, the internal settlement process in the Nile Valley is becoming more visible,” explains Egyptologist Ludwig Morenz, who led the research, according to the University of Bonn.

This supports the theory that it was in Egypt, and not Sumer, that writing originated. As can be deduced from various findings, the Scorpion King was the ruler who unified Egypt and created the first writing system known as a tax collection and administration tool.

Evidence of this are several stone tokens of more than 5,000 years old with hieroglyphics that mention, as well as the recent inscription, names of cities, and socioeconomic dependencies.

“The area where the rock was found, where cave art and ceramics have also been found, is still at the beginning of archaeological development,” says Morenz, who also adds that it is a unique opportunity “to take a closer look at the momentous process of formation o what is now considered the first city-state on Earth.”

The Scorpion King, imbued with the title of the god Horus, was the ruler who successfully managed to expand and secure dominion on the edges of the Nile valley, consolidating what was then a new type of royalty: a state, and the oldest one on record.

According to researchers, Egypt was the first territorial state in the world. “There were already ruling systems elsewhere before, but these were much smaller.” It has long been known that the north-south extension of Egypt was around 800 kilometers at that time. “In fact, several rival population centers merged into the new central state,” explains Morenz.

At the time, royal estates – so-called domains – were established on the periphery of the kingdom in order to consolidate the pharaohs’ empire.

The recently-translated rock inscriptions offer additional supporting evidence for the emergence of the world’s first estate. In addition, previous archeological excavations have discovered the names of several economic entities thanks to labels for good deliveries, cylinder seals, as well as container labels, the researcher shave revealed.