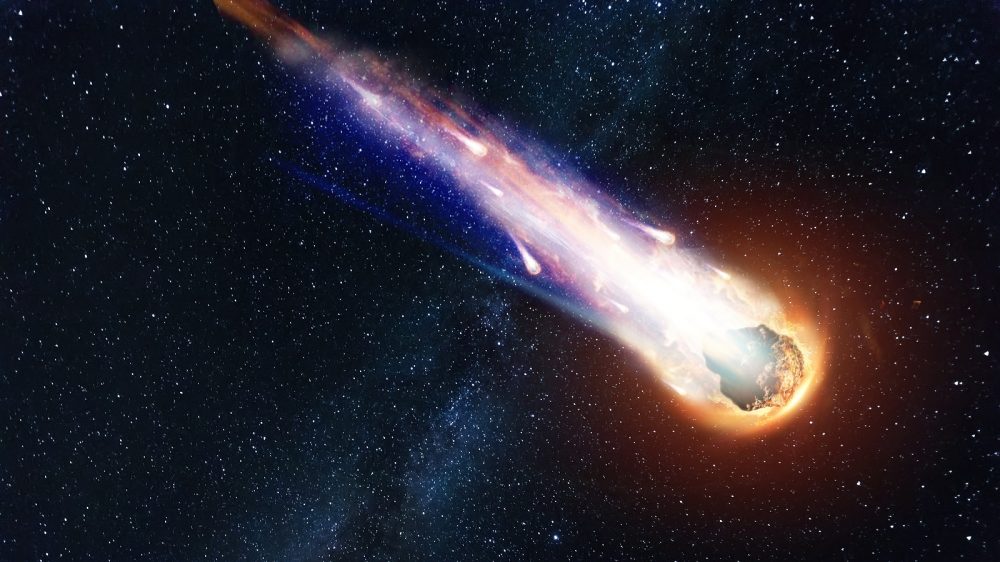 The asteroid is one of the brightest and therefore largest potentially hazardous asteroids known to mankind.

No, the asteroid will not impact Earth and presents no direct threat to mankind. The asteroid which is believed to be anywhere between 2 and 4 kilometers in diameter will pass by our planet offering astronomers a chance to study the space rock dubbed 52768 (1998 OR2). As it makes its way SAFELY past Earth on April 29, 2020, experts expect the relatively large space rock to travel at just under 20,000 mph.

Although there aren’t risks of the space rock impacting our planet, the asteroid spotted by NASA in 1998 has a sufficient size to cause catastrophic destruction if it were to impact the Earth. For this reason, NASA cataloged it as a “potentially dangerous object,” given its periodic approach to Earth’s orbit.

The Minor Planet Center has revealed that this asteroid, discovered by astronomers of the NEAR program at the Haleakala Observatory in Hawaii, is one of the brightest and therefore largest potentially hazardous asteroids known to mankind.

Despite media outlets hinting at the possibility that the asteroid poses a danger to our planet—and despite its large size—the Center for Near-Earth Object Studies (CNEOS) clarifies that there is no risk of impact. (Check out the PHA-list which shows known potentially hazardous objects.)

52768 (1998 OR2) is regarded as a minor planet which means it is an astronomical object in direct orbit around the Sun that is neither a planet nor exclusively classified as a comet.

In fact, in the next centuries, scientists have included 23 objects in the list, and only one (‘2018 VP1’) could impact this 2020 against Earth, although the odds are very low and its size is much smaller. 2018 VP1 has an estimated size of around 2 meters.

Another potentially hazardous asteroid according to Dr. Bruce Betts of the Planetary Society is a 37m diameter asteroid called 2000 SG344.

“There are a few asteroids that currently have a low probability of hitting Earth in tens to hundreds of years. For example, one of the highest probabilities is an approximately 37m diameter asteroid called 2000 SG344 that has a 1 in 1,100 chance of impact in 2071. But these always are based on asteroid observations that have uncertainties in them,” Dr. Betts explained.

1998 OR2 will safely pass Earth by 3.9 million miles, or 6.2 million kilometers, which means the asteroid will approach no closer than around 16 times the distance between the planet and the moon.

As it makes its way safely past Earth, astronomers expect the space rock to travel at just under 20,000 miles per hour.

According to NASA, more than 70 objects will approach the planet in the year’s remainder, but none, except ‘52768 (1998 OR2)’, are over one kilometer in diameter.

So, fear not, as the asteroid will pass next to Earth safely and most people won’t even notice it did.