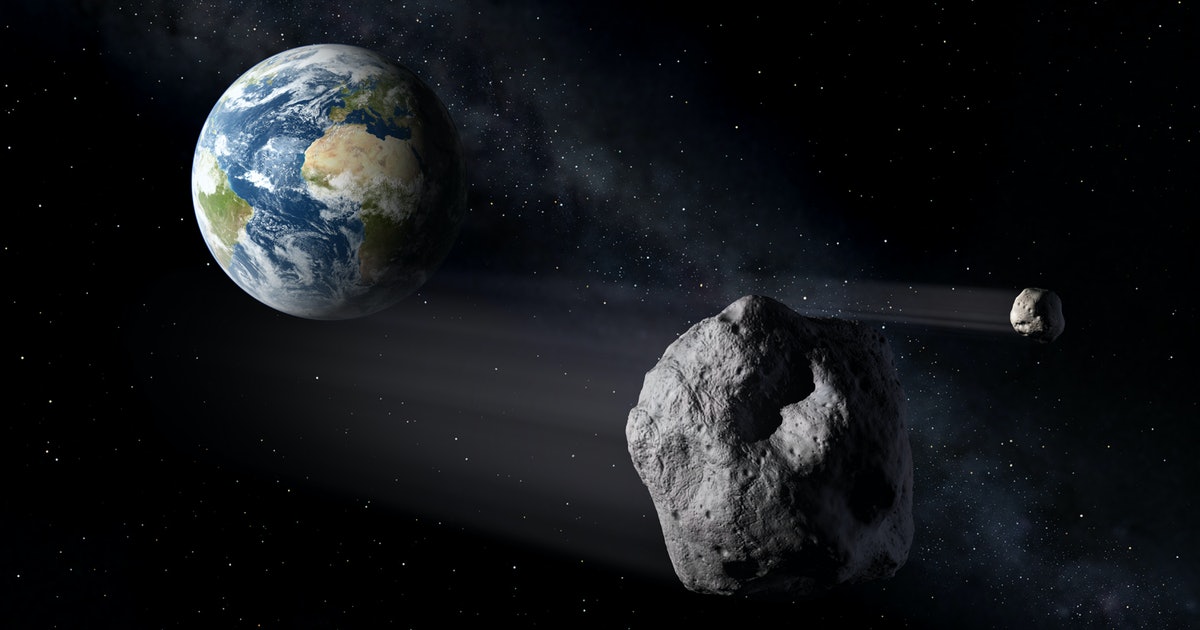 It has always been believed that, unlike Jupiter or Saturn, which have dozens of satellites, the Earth has only one satellite - the Moon. However, not so long ago, scientists partially refuted this statement.

In 2016, astronomers announced that one celestial body revolves around our planet, which, with a certain stretch, can also be considered a satellite. Gradually, scientists are revealing its secrets.

Now it became known how the “second moon” of the Earth was formed.

Scientists have given a name to the “quasi-Moon” – Kamo’oalewa, which translates as a “moving space object” in Hawaiian.

The unusual trajectory of Kamo’oalewa is explained by the opposing forces of attraction of the Earth and the Sun, which constantly bend the direction of its movement and twist it, not allowing it to rotate along the trajectory familiar to celestial bodies.

The unusual trajectory of rotation does not mean that the origin of the second satellite of the Earth is unusual, although some of its oddities will be discussed below. Our solar system is literally dotted with asteroids. Some fall under the influence of the gravitational forces of individual planets and become more or less similar to satellites.

Some of these asteroids do not revolve around planets in the sense that astronomers typically address. They attach themselves to planets from behind or in front and revolve with them around the Sun, like clusters of, for example, the so-called Trojan asteroids that follow Jupiter.

Perhaps Kamo’oalew would not deserve such attention if not for his mysterious composition. Asteroids shine brightly at certain infrared frequencies, but Kamo’oalewa does not. Its dullness suggests that it is composed of some other materials and elements, which, in turn, suggests an unusual origin.

In order to solve this riddle, graduate student Ben Sharkey first used the American telescope in Hawaii, with the help of which astronomers mainly study the asteroids located in the vicinity of the Earth. However, even such a reliable instrument was unable to enhance the brightness of Kamo’oalewa’s glow in infrared frequencies.

Then Sharkey and his colleagues moved to the observatory of the University of Arizona, which has is a monocular telescope, which allows, according to the chief researcher, “to extract from the object every single one of the photons.”

Observations through the telescope in Arizona provided a clearer picture, although still far from the usual clarity. It turned out that this asteroid, like the rest of the asteroids, consists of ordinary silicates. However, silicates were similar only in general chemical composition. There was no explanation for the infrared “oddities”.

In the end, Sharkey found the answer. If Kamo’oalewa behaved like a quasi-moon, then maybe it is a fragment of a real moon. Sharkey read an article about samples brought from the moon in 1971 by American astronauts. A comparison of the data showed complete similarity.

The silicates on the surface of the asteroid seem to “age”; change under the influence of harsh space “weather”, and these changes made Kamo’oalewa glow so strangely in infrared radiation.

It is not a secret now how Kamo’oalewa managed to rip itself off the Moon. The moon has been bombarded by space debris for billions of years. As a result of this shelling in space, there was a lot of various debris from its surface. By the way, about half a thousand flew to Earth in the form of meteorites.

Kamo’oalewa is just one of such lunar fragments that managed to escape from her embrace. However, instead of crashing into the Earth or getting lost in the depths of space, Kamo’oalewa himself turned into a quasi-satellite.

Kamo’oalewa will not remain the second satellite of our planet for long, at least by astronomical standards, because its trajectory is not stable. According to the calculations of Sharkey and his colleagues, it will remain our second moon for about three more centuries, after which it will break the gravitational bonds and fly into space.