Science has made incredible progress in understanding the evolutionary tree of the human species. And yet, scientists are far from reaching any consensus about our origin and evolution. A new study, focused on the most significant discoveries in the field since Darwin’s theory, suggests that fossil apes could have all the answers.

1. Scientists usually conduct two types of research regarding human evolution. The first method is the study of modern apes, which in most cases does not lead to significant information about our ancient ancestors.

2. The second type of research focuses on long-extinct ancient species that are often overlooked in the big picture. This includes the study of fossil apes.

3. The strange thing is that fossil apes often show completely different characteristics and features, which in no way fit into the written notions of our ancient ancestors. Because of this, the heated debates continue and scientists cannot arrange the sequence of our evolution.

4. With the completion of this last study, which we are discussing at the moment, scientists claim that fossil apes will be the basis for the construction of the initial evolution of the human and chimpanzee species.

5. To date, scientists have discovered more than 50 fossil ape genera, most of which completely different from anything science has envisioned.

6. Darwin himself suggested that humans had their beginnings from an unknown extinct species that no longer roam our planet. With the current inability to find the missing link without considering Miocene apes, scientists should really consider fossil apes for future studies as they could hold the missing parts of the puzzle.

7. The main problem for researchers today is the shortage of fossils. Scientists need to find new undersampled areas for fieldwork and more fossil apes from different lineages. Here is a map of the extant and fossil ape distribution based on the current discoveries. There certainly are countless unexplored places that could hold the missing information for scientists.

8. Another problem is that researchers are often biased in their work. When a new fossil is discovered, scientists often attempt to confer a much greater significance to their discovery without the necessary scientific background to do so. In other words, we often see how researchers suggest their own evolutionary scenario for the starring role of the decade-long mystery.

9. Scientists believe that the future technological advances of molecular science could answer the unanswered questions about fossil apes. For instance, paleoproteomics, which helps in the identification of extinct species, has allowed scientists to research more ancient samples accurately.

10. The truth is that the successful reconstruction of our origin and evolution is still far away and clearly – scientists need to improve or find new approaches. The authors of the latest study conclude that the last shared ape ancestor of humans and chimpanzees had completely different traits than it is currently envisioned. 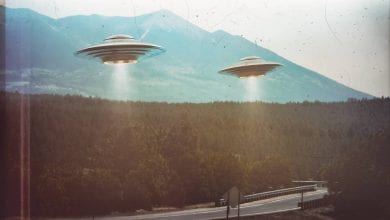 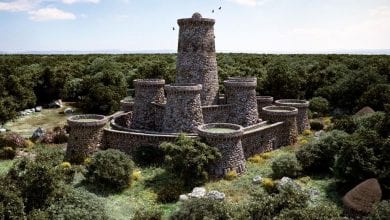 Unwritten Mystery: Who and Why Erected More Than 7000 Ancient Nuraghe Towers On An Italian Island?