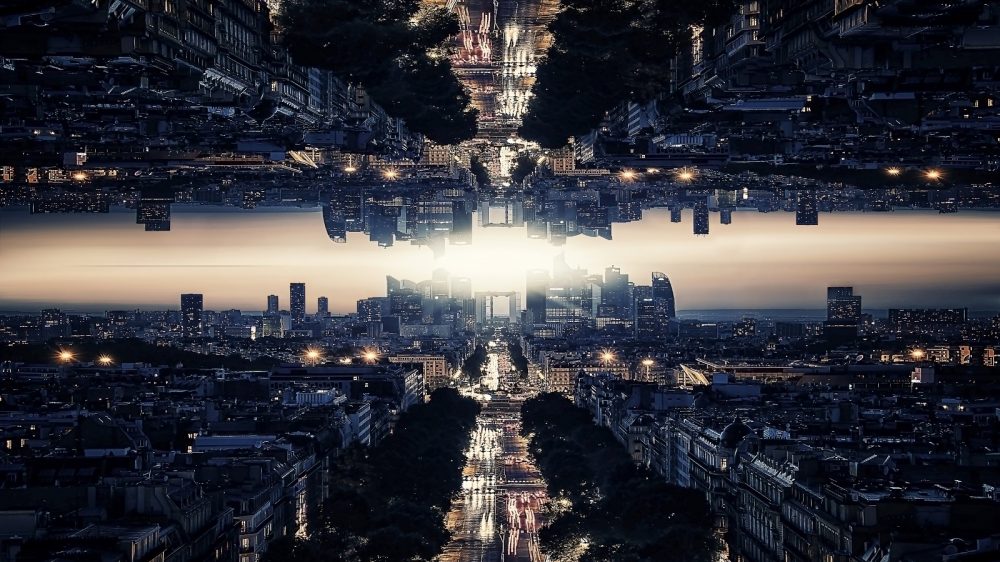 A parallel universe, or flaws in the data?

Particles detected by experts in Antarctica may hint at the existence of a parallel universe that was created with the big bang, but where the rules of physics as we know them are completely altered. If such a universe exists, time as we know it could flow backward.

A project called ANITA (Antarctic Impulsive Transient Antenna) has helped scientists spot high-energy particles that essentially hint that there’s a universe out there where time might flow backward.

If there are people living in that universe, they would perceive our cosmos as the place where time flows backward.

The existence of the parallel universe is far from confirmed, but its existence is the only conclusion that experts have managed to come up with until now.

The first studies carried out by the ANITA mission took place in 2016 and for four years have scientists tried figuring out what ANITAs highly sensible antennas picked up from space.

Scientists say that so far, they can’t reject the possibility of a parallel universe where time flows backward.

Although this has been proposed and studies seem to back up the find, the discovery is far from confirmed. However, if the results of the experiment are not an experimental error ( and so far they don’t seem to be), the implications of the discovery are beyond staggering.

A parallel universe of flawed data?

Researchers with NASA may just have discovered traces of a parallel universe not far from ours in which time as we know it runs backward. But what does this mean? An experiment on Antarctica may just have revealed evidence of a universe that sprung into existence during the Big Bang, but with an entirely different set of physics that essentially are everything opposite to what we have found in our universe.

Although several news outlets have already jumped to conclusions penning down sensational titles claiming that parallel universes have been found, the truth is far from that. The idea that other universes similar to ours exist is nothing new. The multiverse theory has been on for several decades and sci-fi lovers have known about the concept for over 50 years.

In fact, back in the 1950s, a quantum scientist called Erwin Schrödinger suggested that there could be other multiverses out there, although the idea at the time sounded a bit absurd. However, fast forward half a century and you have new technology and new methods that help us peer deeper into the universe than ever before.

Now, cosmic ray detectors may just have come across a set of particles that may very well come from a cosmos different to ours, where, among other things, time as we know it runs backward.

In Antarctica, NASA has set up an experiment called ANITA, which is short for Antarctic Impulsive Transient Antenna. Essentially, it is a massive balloon that transports a set of extremely sensible antennas high above the Antarctic frozen landscape. There, at higher altitudes, the antennas are free from radio noise and distortions that may interrupt their search.

The antennas strapped to the gigantic balloon look from high-energy particles that originate deep in outer space, and some of these particles are millions of times more powerful than anything we are able to produce here on Earth. Certain particles, like neutrinos, can “transit” through our planet, avoiding interacting with the matter that makes up Earth. However, scientists have found that higher energy articles are essentially met with a wall when struck against the solid matter that makes up Earth.

A universe where time travels backward?

So, how do scientists know there could be a universe where time travels backward? Although it may sound difficult to grasp, it certainly is not.

Some high-energy particles can only be spotted from “downward” from outer space. If we detect heavier particles such as a “tau neutrino” coming from upwards “essentially out of the Earth” it would suggest that these particles are traveling backward in time. And it seems that this is what NASAs ANITA mission spotted, and the implications are huge.

The first time this was spotted was four years ago in 2016, and since then, scientists have resorted to all explanations known to us in our current understanding of physics and all but one have been ruled out: The existence of the particles suggests that during the Big Bang when our universe came into existence, another universe with an opposite set of rules also sprung into existence.

Essentially, scientists suggest that there is a certain possibility that somewhere out there, there is a universe opposite to ours where time as we understand it runs backward.

If, of course, this universe has living beings inhabiting it, to them, our universe would be the one where time runs backward. In other words, what is positive in our universe is actually negative in others, and so the other way around.

Although sensational, and mind-boggling and may even seem unreal, there’s evidence to back it up. To come to a conclusion, however, scientists will have to set out on a journey of lengthy studies in order to find out whether they really are onto a second universe where the rules of physics are completely “broken.”

In essence, we are either looking at one of the most groundbreaking discoveries in the history of mankind, or one big error that got a bunch of people excited. I’d go for option number one.

A paper published in April 2020 in the journal Annals of Glaciology sheds light on the discovery in Antarctica and offers another, more plausible explanation to the discovery made by experts which many have interpreted as “telltale” signs of another universe.

The study, titled “Reflections on the anomalous ANITA events: the Antarctic subsurface as a possible explanation,” explains that rather than a parallel universe, what scientists may have found is actually something far more earthly in nature; compacted snow and even possibly, underground lakes that caused some of the radio pulses to be misinterpreted.