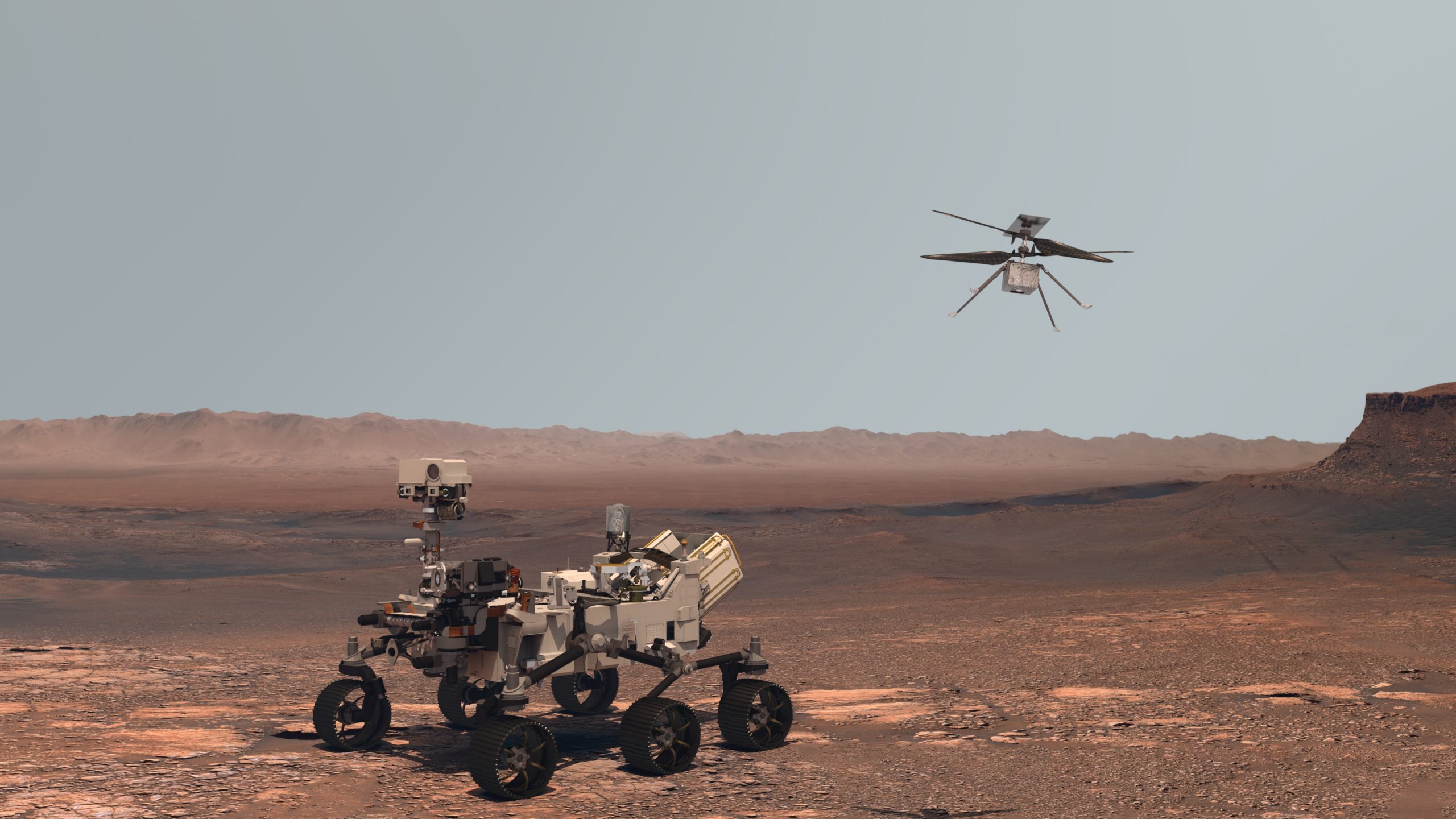 NASA's Perseverance rover has detected traces of organic molecules in an ancient wet environment on Mars.

Perseverance has detected organic matter in an area of Mars’ Jezero Crater where sediments and salts were deposited in a lake under conditions that might have supported life. New findings provide additional details on a region of the Red Planet that has a watery history and shows promise for NASA-ESA’s Mars Sample Return mission. In its second science campaign, NASA’s Perseverance rover is collecting rocks from features considered by scientists to be the best place on Mars to search for evidence of ancient microbial life. So far, the rover has collected 12 scientifically compelling rock samples from Jezero Crater and its ancient river delta since July 7.

In Washington, NASA’s associate administrator for science Thomas Zurbuchen explained that NASA sent Perseverance to Jezero Crater because scientists felt it would provide the best samples for scientific study – and now they know that they sent the rover to the right spot. It has been amazing to see the diversity of samples that have been collected in these two first science campaigns. Jezero Crater hosts a delta, created by the convergence of a Martian river and a lake 3.5 billion years ago. This ancient feature is 28 miles wide (45 kilometers). The Perseverance is currently investigating the sedimentary rocks of the delta, created by particles that settled when the once-watery environment was drained. The rover found igneous rock during its first science campaign, which forms from magma deep underground or during volcanic activity.

According to Perseverance project scientist Ken Farley of Caltech in Pasadena, California, “the delta’s diverse sedimentary rocks contrast beautifully with the igneous rocks found on the crater floor.” We can use this juxtaposition to gain a better understanding of the geological history of the crater after its formation. For example, we found a sandstone that carries grains and rock fragments created far from Jezero Crater – and a mudstone that includes intriguing organic compounds.” An evaporating saltwater lake probably produced mud and fine sand that formed Wildcat Ridge, a rock about 3 feet (1 meter) wide billions of years ago. Using the instrument Scanning Habitable Environments with Raman & Luminescence for Organics & Chemicals, or SHERLOC, the rover abraded some of Wildcat Ridge’s surface on July 20.

According to SHERLOC’s analysis, sulfate minerals are spatially correlated with organic molecules in these samples. It is possible to obtain significant information about the aqueous environments in which sedimentary rock was formed by studying sulfate minerals found in the samples. The chemical compounds that constitute organic molecules are primarily carbon-based and usually contain hydrogen and oxygen. In addition to hydrogen and oxygen, they can also contain nitrogen, phosphorus, and sulfur. Although some of these molecules can be produced by chemical processes that do not require life, there are also some that are the chemical building blocks of life. These molecules can serve as biosignatures – substances or structures that can be evidence of life in the past but can also be evidence of life without it.

A rock-powder sample from NASA’s Curiosity Mars rover in 2013 was found to contain organic matter, and Perseverance has also detected organics in Jezero Crater in previous examinations. In contrast to that previous discovery, this latest discovery was made in an area where sediment and salts, millions of years ago, were dumped into a lake under potentially life-supporting conditions. In its analysis of Wildcat Ridge, the SHERLOC instrument registered the most abundant organic detections on the mission to date.