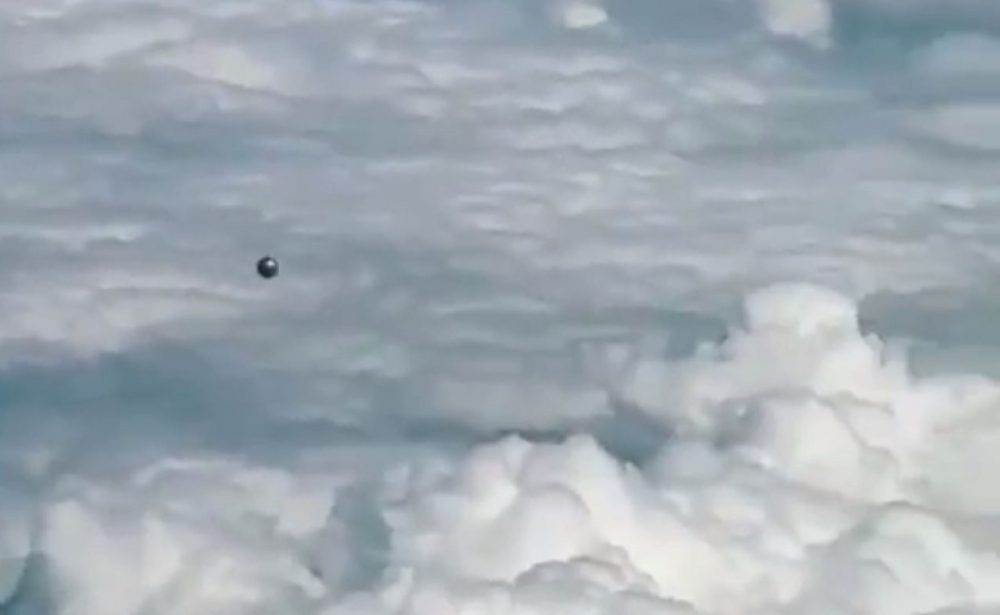 The spherical object, which has no signs of wings or a propulsion system was filmed at an altitude of around 30,000 feet.

A Pilot from Colombia has managed to film a mysterious, unidentified flying object traveling at an altitude of more than 30,000 feet in mid-air. The spherical-shaped UFO has no signs of wings nor a visible propulsion system.

The recording, which was already viewed more than 300,000 views, has caused a heated debate on social networks.

Although many people are convinced that the Colombian pilot has filmed a UFO flying not far from his airplane in the opposite direction, given the quality of the footage, some believe the video is just one of the many UFO fakes that have been published in recent years.

The footage was filmed by César Murillo Pérez, a commercial pilot of Viva Air. Murillo spotted a black dot moving on the horizon and didn’t hesitate to start recording as the object was approaching his airplane.

The UFO sighting took place on January 1, 2020, and, at that time, the pilot only shared the video on his accounts. However, weeks later, he decided to upload it to the Tik Tok social network, where the footage went immediately viral.

Unlike many other alleged ufo videos, the video was filmed in high definition. In it, you can see a dark sphere traveling among the clouds, approaching the airplane on the right side.

The pilot reports that he was flying on the Pereira-Cartagena route. At that time, the aircraft was flying over the Antioquia capital, precisely over the municipality of Santa Fe de Antioquia.

In addition to the curious shape, metallic color, and the fact that the UFO seems to be traveling at high speed, the airplane pilot argues that it is pretty interesting to see an unidentified object at such heights: the airplane was traveling at an altitude of around 30,000 feet when contact was made.

Although the pilot isn’t sure what exactly he recorded, he emphasizes that there are certain types of scientific balloons that can reach these types of heights, such as those used by Google or even weather balloons.

However, the latter is equipped with detection and monitoring systems that allow them to be identified by nearby aircraft.

Curiously, the spherical UFO was not detected by the Viva Airplane system, and to prove it, the pilot showed the screen at the beginning of the recording.

At 30,000 feet, temperatures are close to -50 degrees Celsius. One of the conditions that most challenged Murillo: “I would think it was a balloon, but the conditions do not lend themselves to it. I doubt it, above all, because of the altitude and the physical characteristics,” the airplane pilot revealed.

As the footage made its way to Twitter, many users jumped into the debate.

The video received all sorts of comments. Those that looked at the event skeptically and others perceived the video with a sense of uncertainty. But, in contrast, many others were surprised and convinced that objects like the one filmed by Murillo are not from this world.

Those who remained skeptical about the video and said it was no more than an elaborate fake got a response from Murillo. He claims he has no knowledge whatsoever of video editing and that the footage he had uploaded to social networks was the original recording from his cellphone and was unaltered.

The Special Administrative Unit of Civil Aeronautics of Colombia maintains that all crews are responsible for reporting these types of cases, as the regulator of air transport must have full knowledge of the possible dangers on the routes.

Generally, teams report drones at heights not allowed or nearby aircraft outside the acceptable range.

However, the Civil Aeronautics united indicates that it does not yet have reports of this specific case.