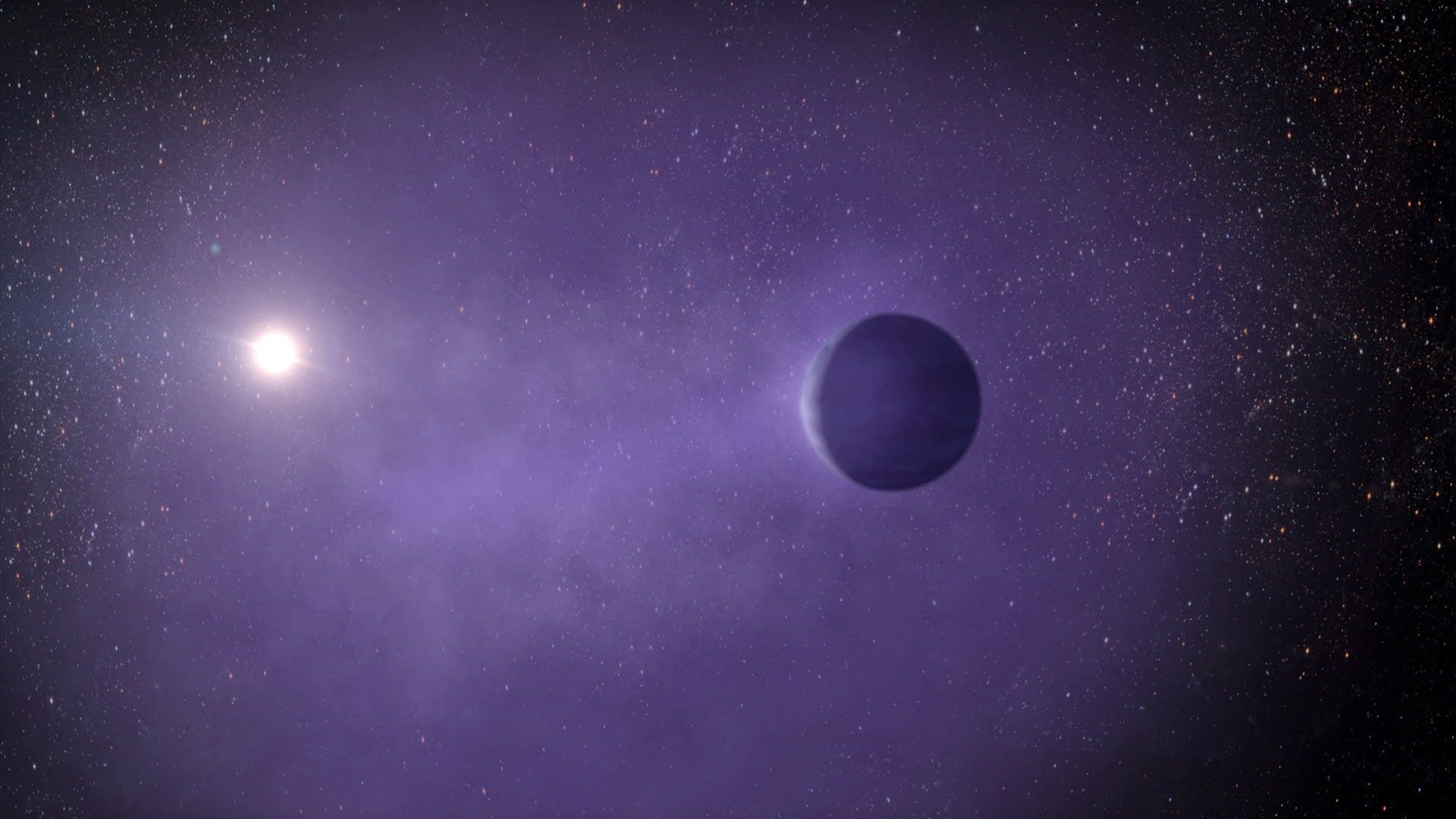 Astronomers have identified two mini-Neptunes, which, under the influence of the radiation of their stars, are actively losing atmospheres, and turning into super-Earths.

Exoplanets near the Solar System

Among the exoplanets close to the Sun, objects with a radius of 1 to 4 Earth radii, called sub-Neptunes, predominate. Small sub-Neptunes (1–1.7 Earth radii) may have a bulk composition similar to Earth and have come to be designated as super-Earths, while larger sub-Neptunes (2–3 Earth radii) have become mini-Neptunes.

The latter have a low bulk density, indicating the presence of volatile-rich outer shells. Both of these sub-Neptune populations create two peaks in the distribution of exoplanets, separated by a gap where only a few exoplanets are known.

It is assumed that the sub-Neptunes initially had hydrogen-rich shells, which were then torn off from the least massive and most strongly exposed exoplanets of this type to powerful radiation from their stars. Photoevaporation can be the mechanism for removing the atmosphere, or young planets can lose their atmosphere due to their own internal luminosity.

However, it is possible that the sub-Neptunes did not lose their atmosphere, but did not initially accrete gas onto their cores if the mass of the cores was small. It is also possible that some mini-Neptunes have outer shells rich in water rather than hydrogen, dramatically changing the rate of atmospheric loss.

Two teams of scientists led by Michael Zhang of the California Institute of Technology have published the results of an analysis of observations of three mini-Neptunes using the ground-based Keck Observatory and the Hubble, ROSAT, and XMM-Newton space telescopes.

The goal of the scientists was to observe the transits of exoplanets across the disk of their star and compare the observational data with models in order to verify them.

The first target of observations was the young (414 million years) sun-like star HD 63433 close to the Sun (73 light-years), which is part of the Ursa Major moving group. The star exhibits exceptionally high X-ray luminosity and has two mini-Neptunes.

Hydrogen near the outer planet moves at a speed of 50 kilometers per second, and the gaseous envelope around it is 12 times the radius of the exoplanet. As for the inner planet, if it is a rocky core, it must be unusually massive, but an exoplanet can also be rich in water and have an atmosphere composed of high-mass molecules. Future observations with the help of Hubble and James Webb will help establish this.

The second goal of observation was a young (600 million years) dwarf star HD 73583 of spectral type K, located at a distance of 103 light-years from the Sun. Two mini-Neptunes revolve around it.

Observations allowed astronomers to establish that the inner exoplanet TOI 560.01 (HD 73583b), which has a radius of 2.8 Earth radii and an orbital period of 6.4 days, is losing its atmosphere. Helium near it moves at a speed of 20 kilometers per second, and the gaseous envelope around the exoplanet is 3.5 times its radius.

HD 73583b is losing helium at a rate of 0.22 solar masses per billion years, and scientists believe is at a critical stage in its evolution, when mini-Neptunes are turning into super-Earths.