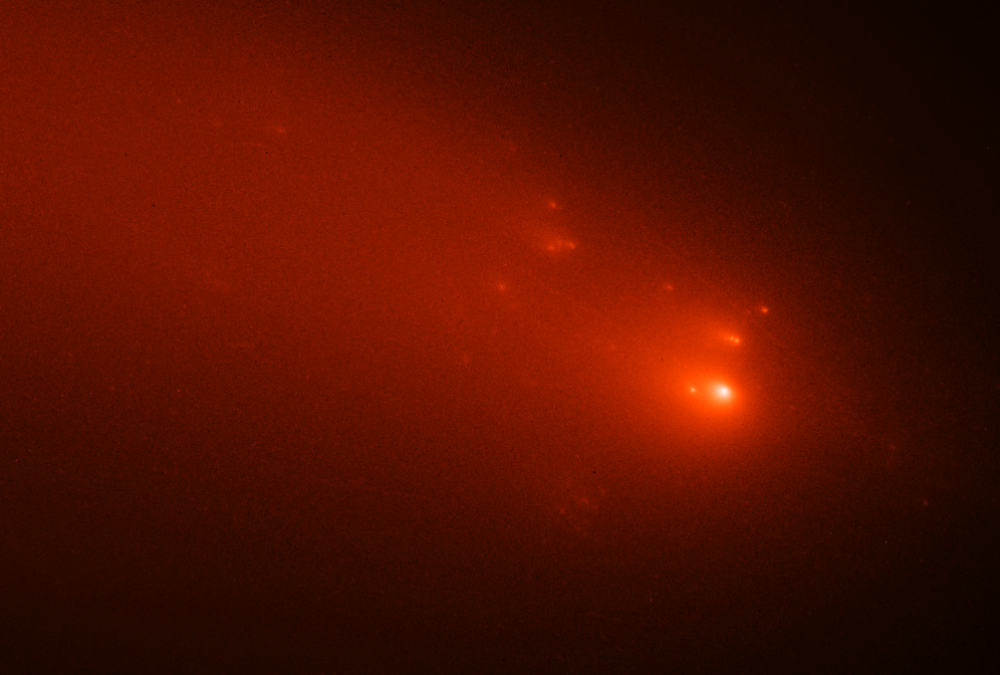 The comet was probably seen by our ancient ancestors.

Astronomers using the Hubble Space Telescope have found that Comet C / 2019 Y4 (ATLAS), which unexpectedly disintegrated in 2020, may be a fragment of the nucleus of a larger comet that collapsed about five thousand years ago. Although it is not mentioned in any historical records, the passing of the comet could have been a magnificent spectacle for ancient people.

Everything you need to know about comet ATLAS and its history

The long-period comet C / 2019 Y4 (ATLAS) was discovered at the end of December 2019, when its brightness grew rapidly and astronomers expected it to be visible to the naked eye in May 2020, becoming one of the brightest comets in the past two decades.

However, in April 2020, before the passage of perihelion, the comet’s nucleus suddenly collapsed, disintegrating into many fragments, which was first noticed by amateur astronomers and ground-based observatories and then by space telescopes.

Such observations provided a unique opportunity to trace in dynamics the entire process of fragmentation of the cometary nucleus.

A team of astronomers led by Quanzhi Ye from the University of Maryland has published the results of an analysis of the Hubble Space Telescope’s observations of the nuclear destruction process comet Atlas.

Scientists have identified two debris clusters, designated C / 2019 Y4-A and C / 2019 Y4-B, which initially had the same brightness, but then showed different behavior – the first cluster actively disintegrated for several days, while the second existed for several weeks.

Two reasons for the breakup of comet Atlas

There can be two reasons for the destruction of the core: due to the spinning of the core or due to too strong sublimation of subsurface ice containing volatile substances, which led to the formation of a very large amount of gas.

The researchers decided to find out how the comet survived its past rapprochement with the Sun, which was more than five thousand years ago if it disintegrated before it passed perihelion.

The most plausible explanation

Scientists have proposed the following explanation: the comet Atlas itself is an ice-rich fragment of the comet’s nucleus, about a kilometer wide, which collapsed during the past perihelion. This theory is supported by the similarity of the parameters of the orbits of comet ATLAS and the Big Comet of 1844 ( C / 1844 Y1 ).

Thus, comet nuclei up to several kilometers in diameter can have a complex, inhomogeneous internal structure, which contributes to the long-term protection of ice reserves from intense heating by the Sun.

In 2020, Hubble confirmed the beginning of the destruction of the nucleus of the first interstellar comet Borisov after its approach to the Sun.

It is assumed that a fragment of a comet is moving away from the nucleus at a speed of about thirty centimeters per second, which is typical for decaying comets of the solar system and is comparable to the second cosmic speed for a comet’s nucleus with a sub-kilometer radius.