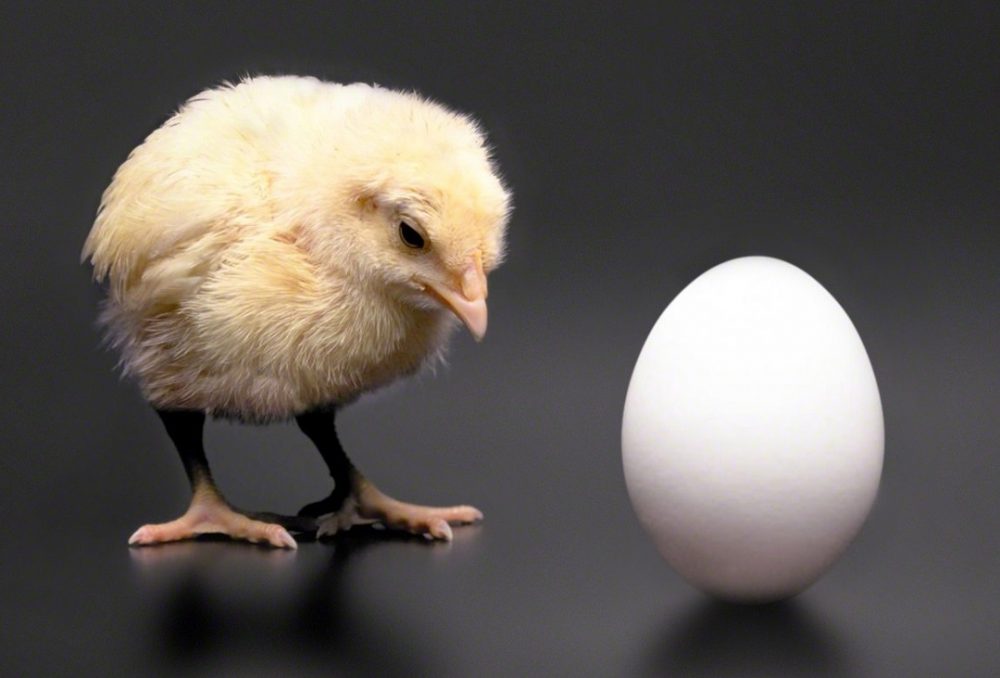 So, what came first, the Chicken or the Egg?

The ‘chicken or egg’ paradox was first proposed by philosophers in ancient Greece to describe the problem of determining cause and effect.

Aristotle, an ancient Greek philosopher, and scientist writing in the fourth century B.C. described the problem concluding that this was an infinite sequence, with no true origin.

On the other hand, Plutarch, writing four centuries later, specifically highlighted this question as bearing on a “great and weighty problem (whether the world had a beginning).”

Now, as explained by Science Daily, a group of quantum physicists has demonstrated that as far as quantum physics is concerned, the chicken and the egg can both come first.

Jacqui Romero, a researcher at the ARC Center of Excellence for Quantum Engineering Systems, explains how in quantum physics, cause and effect may not always be as simple as one event causing another.

“The rarity of quantum mechanics indicates that events can happen without an established order,” the researcher explained.

“Take the example of your daily commute, where you travel partly by bus and train, normally you would take the bus and then the train, or the other way around.” In our experiment, we saw that both events may occur first, “Romero explained in a statement.

“This is called `indefinite causal order,’ and it isn’t something that we can observe in our everyday life.”

To observe this effect from a scientific point of view, in a laboratory, the researchers used a configuration called the photonic quantum switch.

UQ’s Dr. Fabio Costa explained that with this device the order of events — transformations on the shape of light — depends entirely on polarization.

“By measuring the polarization of the photons at the output of the quantum switch, we were able to show the order of transformations on the shape of light was not set.”

“This is just a first proof of principle, but on a larger scale indefinite causal order can have real practical applications, like making computers more efficient or improving communication.”