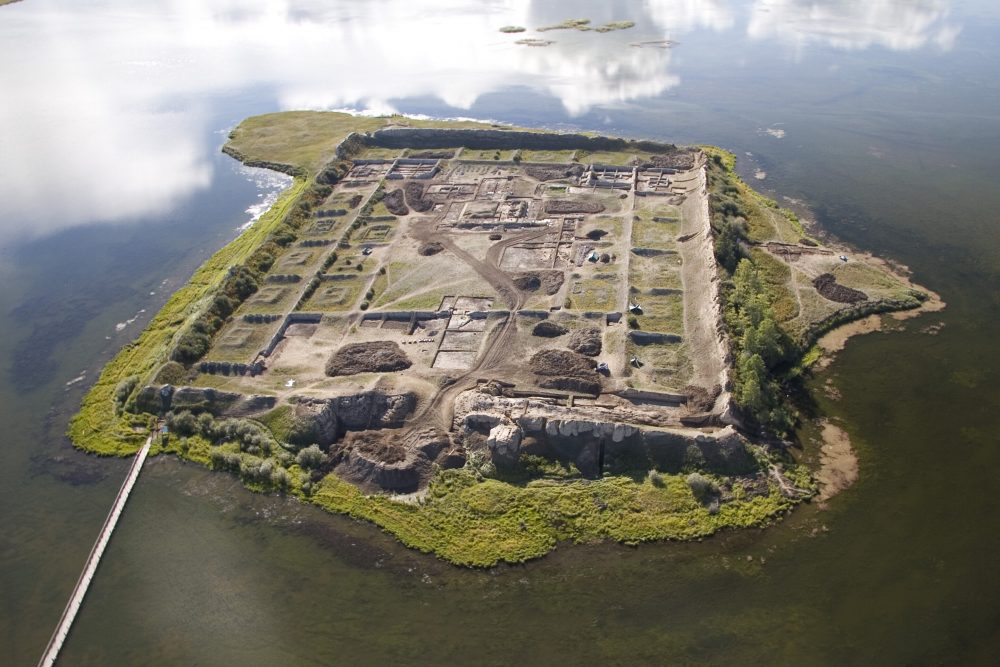 Presence of sudden spikes in carbon 14 concentration have helped scientists date an ancient structure in Siberia.

There’s a mysterious complex in southern Siberia that has attached experts for decades. Despite conclusive evidence about its construction, we’ve not been able to accurately date the ancient structure–the Por-Bajin complex–to a specific date. That is until now.

Thanks to a new method based on the presence of sudden spikes in carbon 14 concentration, archeologists were able to accurately pin the construction of an eighth-century complex in Southern Siberia to the year 777.

Por-Bajin (Por-Bazhyn), which translates into “the house of clay,” is one of the most fainting ancient structures in Southern Siberia. Located on the border of th Russian Federation and Mongolia, the complex measures 215 by 162 meters and massive outer walls rising into their to a height of twelve meters.

Nomadic Uyghurs are thought to have c constructed the structure sometime in the eighth century, but experts were unable to understand it’s purpose, and why it seems to have never been used by its builders. Dating its construction to a specific year was difficult as well.

“In order to understand this, the exact construction date was required to find out which local leader, or khan, gave the orders for the construction,” explains Dr. Margot Kuitems, a postdoctoral researcher at the Centre for Isotope Research at the University of Groningen.

For the early medieval period, radiocarbon dating is generally accurate to a few decades, which is good enough for most applications. However, as the khans came and went during the 8th century, researchers were hunting for the exact construction date of the complex, in order to link it to a specific leader.

That where Dr. Kuitems comes into play. The researcher applied a recently developed method to accurately date the samples. Carbon 14 (a radioactive carbon isotope) is created in the upper atmosphere. Plants absorb carbon dioxide, which includes a small amount of carbon 14.

However, Carbon 14 production rates in the atmosphere are not constant. Changes in atmospheric carbon 14 are believed to show little variation from year to year. In 2013, Japanese professor Fusa Miyake analyzed individual tree rings and found a spectacular peak in carbon 14 content in 775.

“When wood is found at an archaeological site from that period, the peak can be found by measuring the carbon-14 content of the rear tree rings,” Dr. Kuitems explains in a statement.

The beak tells which tree ring grew in the year 775, and when the sample includes the bark, it makes it even possible for scientists to determine when the tree was cut down.

To date the complex, scientists used the very foundation (made of wood) from the Por-Bajin complex. The wood sample analyzed by scientists had 45 rings, followed by the bark. Measurements from the sample show that the spike in carbon 14 concentration dated to the year 775 was present in the 43rd ring.

That’s how scientists knew that the tree used in the foundation of th complex was cut down in the year 777.

Petra Doeve, the co-author of the study determined that the ring was created in the spring. That’s because, in Southern Siberia, there’s a clear distinction between summer and winter wood.

The complexes thought to have been built in no more than two years.

“We are fairly certain that they were felled for the construction of the complex, and it is therefore highly likely that construction took place around 777,” the researchers revealed in a statement.