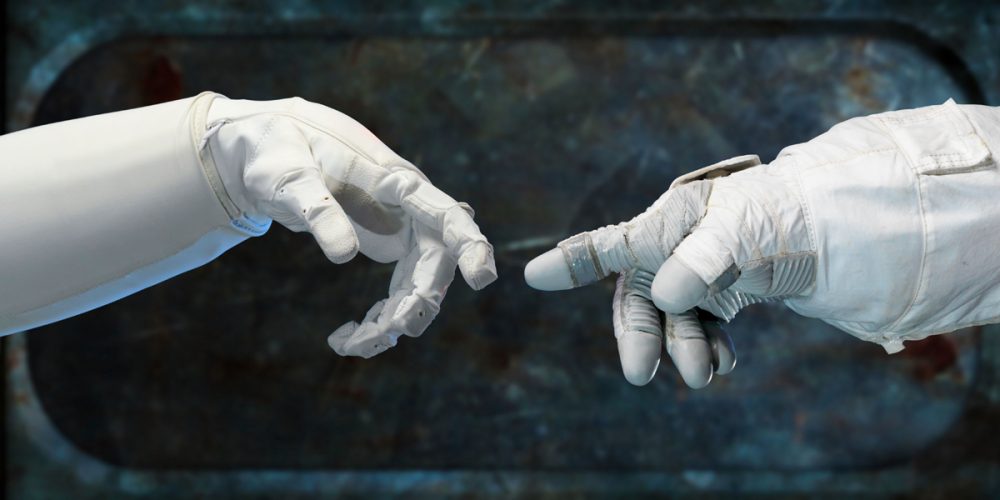 The Society of Catholic Scientists hosted a conference discussing non-human intelligence in June, 2022.

In many ways, science and religion do not share a common path in human development or knowledge. Fortunately, in today’s world, the church does not have the same influence as it did centuries ago when anything out of the ordinary was deemed as either magic or the devil’s work.

In many ways, faith and science could, in fact, benefit from each other and this is evidenced by an organization known as SCS – The Society of Catholic Scientists. This scientific group hosted an important conference in June that focused on non-human intelligence.

Titled “Extraterrestrials, AI, and Minds Beyond the Human”, this conference included 13 discussions and presentations by experts in their respective fields. As suggested by the name, the focus was on the possible existence of alien intelligence and the latest and future developments of artificial intelligence.

For now, there is no information on whether the discussions will be based on strictly scientific theories and evidence or whether experts plan to include other types of undeniable proof.

It is certain, however, that even the religious circles that denied any possibilities about the existence of alien intelligence in the past are now beginning to consider it a possibility. With so many astronomical discoveries in recent years that raise the hopes of alien life, perhaps this topic should be taken more seriously.

It is reported that the conference will also include talks on how humanity will react if alien life is found or it finds us. We at Curiosmos have already begun this discussion in one of our previous articles titled “If Aliens Visit Earth, Would It Be Like When Native Americans Encountered Columbus?”. You can read this piece by following this link.

Anyhow, the second topic of the conference besides aliens will be artificial intelligence. For years, renowned scientists have been expressing their worries about the dangers of AI.

As someone whose work involves reading all the latest scientific news, I don’t remember the last day I didn’t read about a new achievement of the neural networks. Artificial intelligence is progressing at such rates that it truly is worrying.

I’ll give you several examples as there is not much to be said about the conference at this point as we do not know exactly what will be discussed there. Here is an example from the latest news connected to artificial intelligence.

In a recent study, an algorithm was taught to reconstruct paintings that were destroyed or overpainted with other works of art. For example, Picasso often used his own and others’ paintings as a substrate for new works. Physicist George Cannes and neuroscientist Anthony Burached, using X-ray training, artificial intelligence (AI) algorithms, and a 3D printer, were able to accurately reconstruct a painting by Picasso’s contemporary Santiago Rusiñola depicting a historic garden in Barcelona.

Here are several more examples of the shocking abilities of AI. Last year, German researchers developed an algorithm that determines the nutritional value of dishes from a photograph: their calorie content and the content of proteins, carbohydrates, and fats.

In another scientific effort, American developers created an algorithm that monitors the silent video of a piano playing and synthesizes the reconstructed sound. In 2018, a group of researchers led by Eli Schlitserman created a different algorithm for working with musical compositions: she taught a neural network to predict the movements of musicians’ hand movements from audio recordings.

These are simple examples that show how advanced artificial intelligence is even at this point. The possibilities are endless, and these are algorithms that can be taught to do absolutely anything. Some of the biggest companies in the world like Facebook have already switched to such algorithms for their apps and websites.

Soon enough, everything will be controlled by neural networks. Anyone should be able to see how this could go all wrong at some point in the future. AI is already more advanced than any human being and it is easy to imagine how it could turn against us. Perhaps this is what the conference will focus on but we will have to wait and see.

In each case, the most important thing we should do is prepare for the future. Both alien intelligence (if confirmed) and artificial intelligence should be considered unpredictable. There is no guarantee that aliens will be friendly when we find them. Perhaps it will be quite the opposite and this has been suggested over and over again by renowned scientists. Let’s see what The Society of Catholic Scientists has to say about all these possibilities.