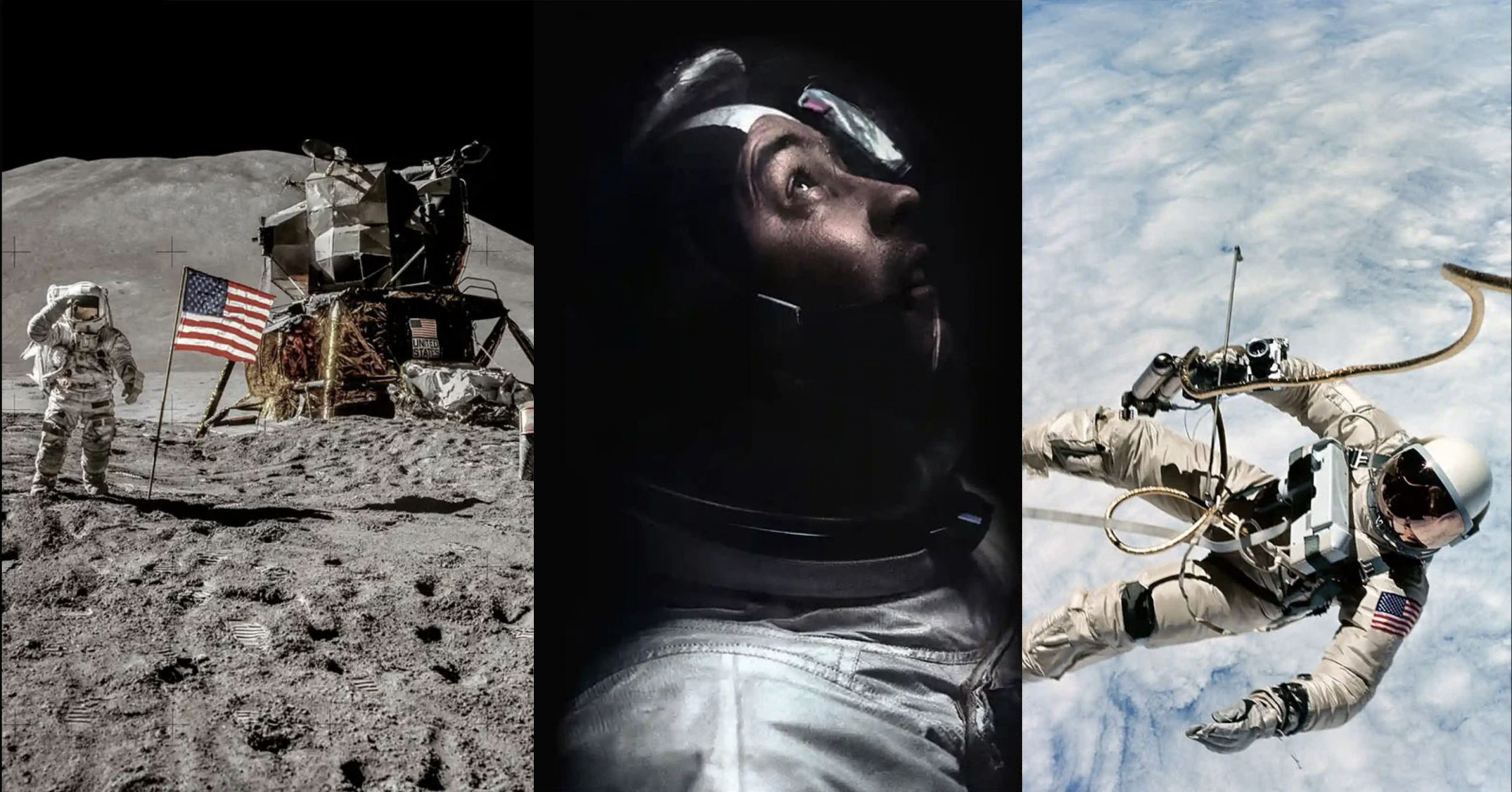 A man called Andy Saunders, who specializes in NASA digital restoration, created the new high-definition images from scans of 35,000 or so originals preserved in a frozen vault in Houston.

A digitally remastered version of NASA’s lunar missions has been released 50 years after the last man walked on the moon. Stacking 16mm film frames revealed previously unseen details in these stunning high-definition Apollo moon photos. The images below are from Andy Saunders’ book Apollo Remastered, which enhances original material to reveal new details about NASA’s space missions in the 1960s and 1970s. Apollo 11 was the first mission to put humans on the moon, though it included 14 missions in total that covered everything from testing technology to collecting lunar samples. Saunders, who specializes in NASA digital restoration, created the new high-definition images from scans of 35,000 or so originals preserved in a frozen vault in Houston.

NASA photographic film is secured in a freezer at the Johnson Space Center in Houston, and Andy Saunders obtained access to it. His new book, Apollo Remastered, is based on scanning the original film in high resolution and then painstakingly restoring it with technology that enhances images. Stacks of 16mm film frames were used by Saunders to create the HD images, which are not exactly the same as the original photos, but similar enough to improve the picture. He tells Digital Camera World that once the image was processed, he couldn’t believe how much detail it revealed.

“As I was processing it, and the image became clearer, I almost felt like an archeologist brushing the dust off some long-forgotten artifact,” Saunders says that RAW output from the digital scan of a 70mm Hasselblad frame is a whopping 1.3GB, 160bit TIFF file. According to Saunders, despite the enormous amount of information in these images, it takes a lot of care to extract the detail and balance them out. According to Saunders, the processing of Hasselblad stills can take anywhere from a few hours to a few days.

These amazing vintage photos detail death-defying space walks, dust collection duties on the moon, and Buzz Aldrin’s first space selfie. The remastered photographs by Andy Saunders are so clear and real that they’re the closest thing to being there, according to astronaut Charles Duke. In my memory, they are exactly what I saw on Apollo 16. The photos show very clearly how the Moon really looked.” On the Moon’s surface, flags and golf balls were left behind by the Apollo program. In 1972, Duke left a personal memento.