Researchers from Canada have discovered an exciting new organism.

It is so different from other living beings that it does not fit into the vegetable, animal or other kingdoms to classify known organisms.

A team of scientists from the University of Dalhousie, Canada, has made a surprising discovery.

According to a statement, in the midst of dirt in Nova Scotia, they discovered a series of microscopic organisms that represent “a new branch in the tree of life.”

The researchers determined that these tiny organisms, “unusual in appearance” and called hemimastigotes, and do not fit in any kingdom classified so far, be it plants, animals or a “supergroup” like the one that includes animals and fungi at the same time.

The detailed study was published in the journal Nature.

The strange organisms are described by scientists as “eukaryotic protists with two rows of flagella.” Eukaryotes, according to the study, means that species have complex cells like humans, while protists means they are not animals or plants or fungi.

The tiny critters in question represent two species of the group of hemimastigotes microbes and based on detailed genetic analysis, one of them has never been encountered before.

“It’s an unusual looking group of organisms,” says Eglit, a first author of the study. “The way they behave under the microscope, you won’t immediately spot them.”

One of the encountered organisms is called Spironema, which had been observed microscopically only a few times since the nineteenth century.

However, its classification has always been a mystery to science.

The second species is totally new and has not yet received a name. The team proposes to call it Hemimastix kukwesjijk, which pays homage to the Mi’kmaq people who lived in Nova Scotia.

In their folklore, Kukwes is a “voracious and hairy ogre”.

The team claims that this predatory microbe actually looks and behaves “like a miniature ogre.”

Hemimastigotes are unicellular organisms and use the flagella to move and capture other microbes that they consume as prey.

“It was clear from our analyses that hemimastigotes didn’t belong to any known kingdom-level group, or even to a known ‘super-group’ of several kingdoms together, like the one that includes both animals and fungi,” says Dr. Alastair Simpson,  the lead author of the study and biology professor at Dalhousie.

“This one little collection of organisms is a whole new group at that level, all on its own. It’s a branch of the Tree of Life that has been separate for a very long time, perhaps more than a billion years, and we had no information on it whatsoever.”

The new discovery offers very important information about how complex cells of animals, plants, fungi, algae, and protozoa have evolved over the past 1,000 or 2,000 million years, explains a statement by the University of Dalhousie.

According to scientists, the discovery “opens a new door to understanding the evolution of complex cells and their ancient origins, long before animals and plants emerged on Earth.” 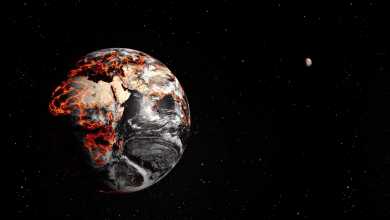