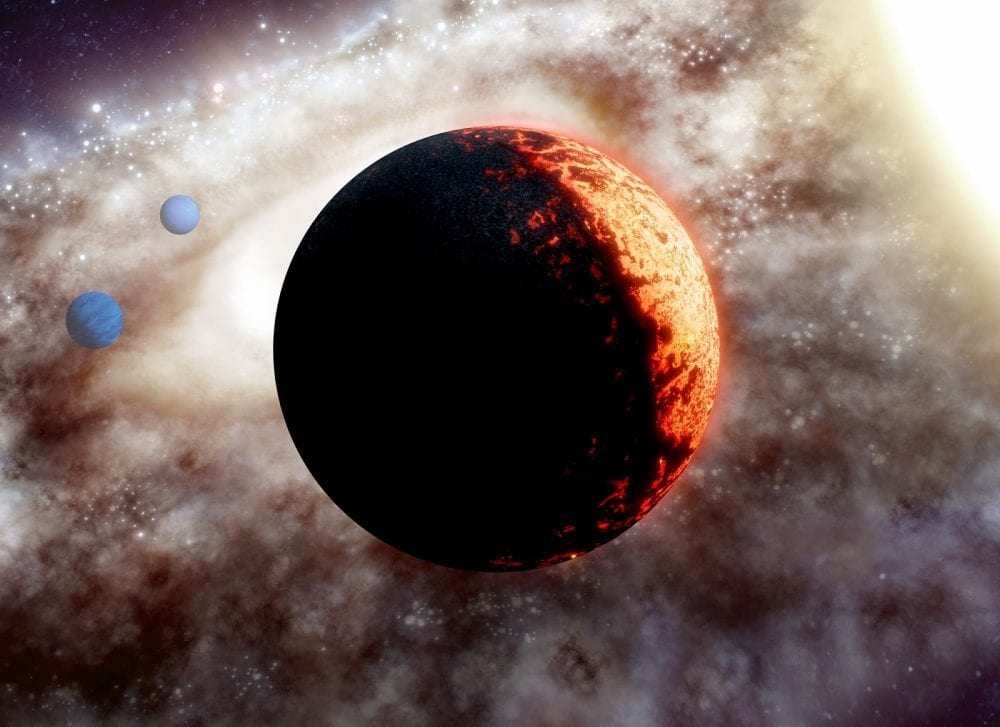 Scientists should really focus their research efforts on similar old planetary systems of this kind.

Scientists from the United States have reported the discovery of a rocky super-earth that formed in an old planetary system around 10 billion years ago. The planet, which is part of a star system, is several billion years younger than the Milky Way and has striking similarities with our own planet.

TOI-561 (TYC 243-1528-1) is a star that lies about 280 light-years away in the constellation Sextans. It has a size and mass slightly less than the Sun and is about 10 billion years old, making it one of the oldest in our galaxy.

According to the data of transit observations, three relatively small planets revolve around the ancient star: TOI-561b, c, and d.

While planets TOI-561c and d are significantly larger and heavier than Earth, TOI-561b is only about 1.5 times the size of our planet.

Normally, it is considered that the chances of finding signs of extraterrestrial life are significantly higher in older worlds such as the Super-Earth TOI-561b.

Although the density of the planet is nearly identical to that of the Earth and the planet itself has a similar rocky surface, scientists exclude the possibility of extraterrestrial life in any form.

This conclusion is mainly influenced by the actual temperature on the Super-Earth. It is simply too close to its star and the current estimate suggests temperatures of around 1700 °C. Based on our current knowledge, it is impossible for life to exist in such extreme conditions.

The discovery was made possible by the TESS space telescope and the ground-based Keck I, operating at the Keck Observatory in Hawaii. The entire research is described in an article published in the Astronomical Journal.

This discovery comes just weeks after astronomers revealed the discovery of the oldest and most distant galaxy known to science. Such discoveries are extremely important since they answer many questions about the early stages of our Universe while they also open new exploration directions thanks to this new knowledge.

In this particular case, the discovery of this Super-Earth and the two other old planets give us a good picture of how star systems developed in the early periods after the Big Bang.

In many ways, the TOI-561 star system is similar to the Solar System, although it formed twice earlier and under completely different conditions.

Moreover, the discovery of this Super-Earth could potentially be a harbinger of future breakthrough finds. If such planets exist around the oldest stars in the Milky Way or the universe, perhaps scientists should focus their attention on such ancient planetary systems, rather than younger ones.

Even if life is no longer possible in such worlds, it would be enough to know that it may have once existed. After all, there is no way that Earth is the only habitable place in the Universe, right?

This reminds me of a different type of theory, once again suggested recently, that alien civilizations may have existed in the Milky Way but they brought their own extinction. You can read all about this discovery here.

As for this Super-Earth and all similar worlds that are yet to be discovered, I believe the best is yet to come.