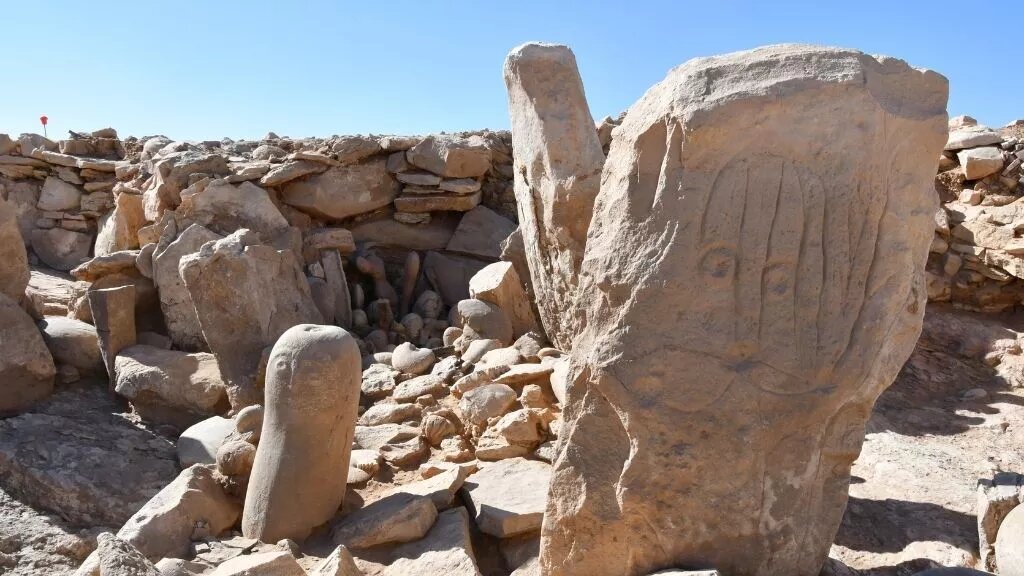 Archaeologists have discovered a 9,000-year-old sanctuary in the Jordanian desert. According to the researchers, it is associated with local Neolithic hunters who used "desert kites" to hunt ungulates.

Archaeologists identify a special era in the Middle East – the pre-pottery Neolithic (about 10-6.5 thousand years ago). This is the time when the bearers of some cultures of the Fertile Crescent had already begun to engage in agriculture and cattle breeding but did not yet know how to make ceramic vessels.

The basic monument of this era is the ancient city of Jericho, located in Palestine. This is the oldest settlement, which was surrounded by a city wall. Archaeologists discovered during its excavations the remains of numerous dwellings built of adobe bricks. One of the features of the culture of local residents was the custom of burying their dead under the floors of houses, which is typical and for other monuments, for example, for Çatalhöyük.

At the same time, the worldview system of ancient people also changed. So, even hunter-gatherers began to build large temple complexes, the most famous and ancient of which – Göbekli Tepe – is located in southeast Turkey. According to archaeologists, the age of this ritual complex is about 12 thousand years.

Perhaps a somewhat older complex, scientists recently found not far from Göbekli Tepe during excavations of the Karahan Tepe monument. They found inside one of the deliberately buried buildings where ritual ceremonies took place, 11 vertically placed stone pillars in the form of phalluses.

Archaeologists conducted a study of a Neolithic site, located in the desert part of Jordan and reported the discovery of an ancient sanctuary, which is about 9,000 years old.

Scientists noted that the ritual structure is located next to the “desert kites” – large-scale stone barriers that were used for driven hunting for large herds of ungulates, such as wild gazelles. Such hunting methods are known from monuments located in the deserts of the Middle East, Central Asia, and South Africa.

According to Jordanian archaeologist Wael Abu-Azziza, the discovered sanctuary is unique due to its excellent preservation. Inside this object, the researchers found two stelae with carved anthropomorphic figures, one of which is supplemented with the image of a “desert kite”. The height of these stone finds is from 70 to 112 centimeters.

In addition, the sanctuary in Jordan contained an altar, a hearth, about 150 sea mollusk shells, animal figurines, flint tools, and a miniature model of a gazelle trap. According to scientists, this sanctuary sheds light on the spiritual culture of an unknown Neolithic population. Perhaps these people were hunters whose life was built around “desert kites.”