The 500-kilogram bone is thought to date back to the Jurassic era, some 140 million years ago, the researchers from the National History Museum of Paris revealed in a statement. The 2-meter-long thigh bone was discovered at a paleontological site in southern France.

But fear not, it did not belong to a giant.

In fact, French paleontologists participating in the excavation have revealed that the left femur, 2 meters long and 500 kilograms in weight, most likely belonged to a sauropod, herbivorous dinosaurs with long necks and tails that roamed the Earth during the Jurassic period, around 140 million years ago.

“This is a major discovery. I was especially amazed by the state of preservation of that femur,” explained Ronan Allain, a paleontologist at the Museum in an interview with Reuters.

“These are animals that probably weighed 40 to 50 tons. We can see the insertions of muscles and tendons and scars. This is rare for big pieces which tend to collapse in on themselves and fragment,” Allain revealed.

The giant fossil was found in the town of Angeac-Charente, in the southwest of France, where since 2010, paleontologists have been unearthing the skeletons of some of the largest animals to ever walk the Earth. The researchers have discovered more than 7500 fossils since the excavations began.

Millions of years ago, paleontologists say that this area was a massive swam frequently visited by more than 45 different species of vertebrates, among them, the huge sauropods.

Sauropods had very long necks, long tails, small heads (relative to the rest of their body), and four thick, pillar-like legs. They are well-known for the immense sizes attained by some species, and the group includes the biggest creatures to have ever lived on land.

Check this:   3 Reasons why the Builders of the Great Pyramid Were Sophisticated Engineers

In fact, Sauropods were so big that their only real competitors in terms of size are the rorquals, like the blue whale. However, unlike whales, sauropods were essentially terrestrial animals.

The discovery of the massive thighbone came as a surprise when a Ph.D. student, Maxime Lasseron, began cleaning a piece of bone, which would later be revealed as the monumental femur.

The team of paleontologists will now try to assemble a complete sauropod skeleton from bones unearthed at the site. So far and with the new discovery of the thighbone, they’ve completed around fifty percent of the ancient creature.

The Eerie Predictions of Nostradamus: Did Nostradamus Really Foresee the Future? 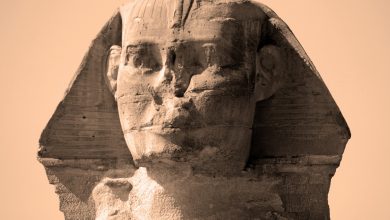 Unfinished Mystery: Why the Ancient Builders Abandoned the Construction of the Sphinx and its Temple

Pyramidomania: Here Are 20 Images of Pyramids That Will Leave You Stumped 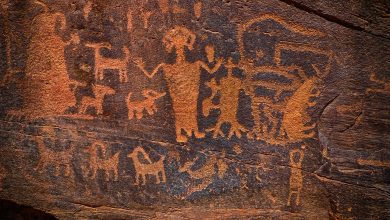 We’ve Just Found an Entirely New Dinosaur Species, and it Was Hiding in Plain Sight