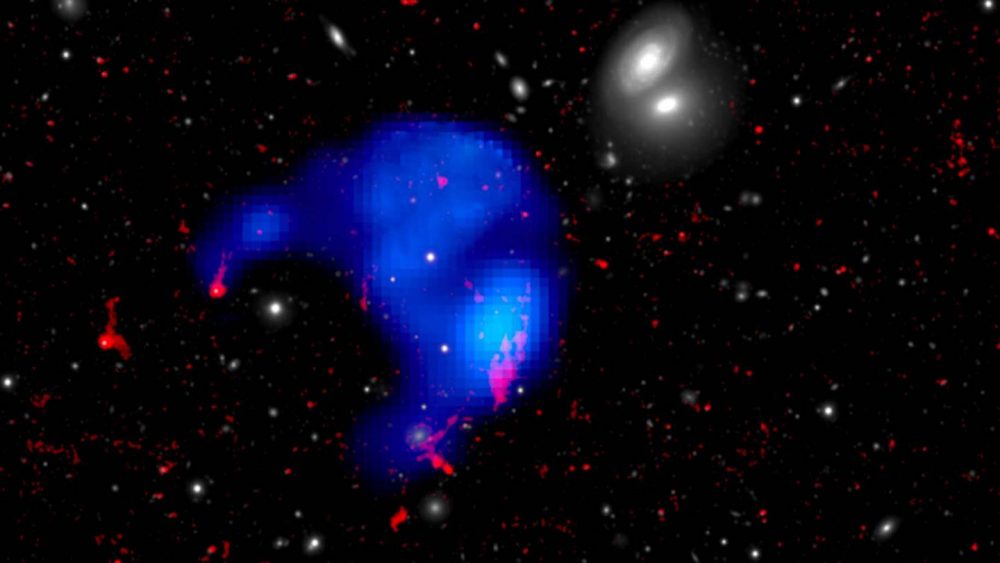 Observations showed that the mysterious cloud is not associated with any celestial object although it is located in a cluster.

A research team from the University of Alabama at Huntsville (UAH) has discovered a mysterious lone cloud that hovers in the so-called neutral space and is larger in size than our Milky Way galaxy. The discovered object is a scientific enigma since similar clouds should not be able to survive for such long periods.

Scientists have called it an orphan or lonely cloud. The images obtained made it possible to determine that this mysterious cloud is filled with very hot gas, the temperature of which ranges from 9,700 to 9,700,000 degrees Celsius. Its total mass is 10 billion times that of our Sun, making it larger than some galaxies, including our Milky Way.

It is reported that the mysterious cloud was discovered in the direction of the Leo Cluster, also known as Abell 1367. This cluster contains about 70 galaxies and is located about 300 million light-years from Earth. The cloud was detected using the XMM-Newton X-ray telescope of the European Space Agency.

Then its existence was confirmed by independent observations. In particular, the cloud was recorded with the Very Large Telescope in Chile and the flagship optical telescope Subaru in Japan.

Experts note that the discovery is exciting because it demonstrates the uniqueness of space and how even with modern science, it continues to surprise us with new phenomena. Not that clouds are rare in the universe but this particular case is far more special.

Nobody expected it and it was discovered by accident. Astrophysicists found it by studying archived observational data of galaxy clusters. At first, they decided that a mysterious object is located inside such a cluster and is associated with it.

However, further observations showed that the mysterious cloud is not associated with any celestial object although it is located in a cluster. Yet, the temperature of the cloud suggests that it originated from a galaxy but it escaped from its host.

Scientists note that the presumed host must be floating in hot gas at a speed of 1000-2000 kilometers per second. For comparison, this speed is about 50 times the speed of Earth’s rotation around the Sun. It is enough to rip the interstellar medium out of the galaxy.

Once it leaves the host galaxy, the cloud should become cold and fade away in the intra-cluster environment. This is a similar process to the melting of ice in the summer.

This means that such a cloud should disappear pretty quickly. But in this case, as calculated by astrophysicists, the discovered massive mysterious object existed for hundreds of millions of years after being removed from its galaxy which makes it unique.

Now, scientists know what to look for in order to find other similar objects. Also, this discovery proves that galaxies can be stripped of their gas by the intracluster medium. Finding more will provide new data on the distribution of matter in clusters.