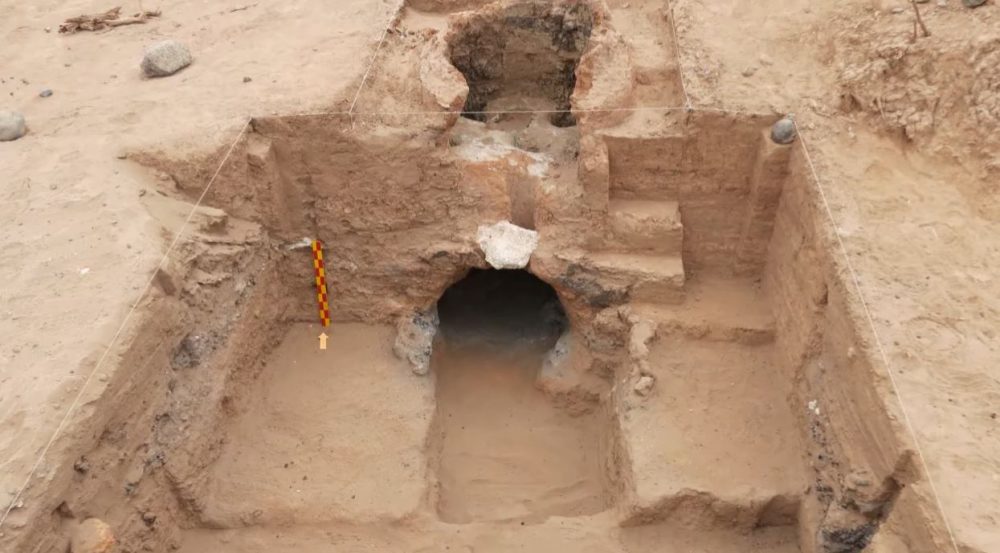 The discovery was made in Quillay, an archaeological site located in the central area of the province of Catamarca, some 40 km north of the city of Belén. The site covered a relatively small area and was likely adapted to house workers specialized in mineral smelting for limited periods of time.

This study provided archaeologists with the necessary data to recompose a map of metallurgical production and mining exploitation based mainly on the extraction of copper and tin for the production of bronze.

Dr. Marco Antonio Giovannetti, a CONICET researcher, explained that “from the excavations carried out in these furnaces, we came cross technologies that remained previously unknown for that time, and likely served as the primary extraction techniques of copper in the Inca empire.”

the site where the furnaces were discovered is located not far from a series of important ancient mines that provided the ancient craftsmen with the necessary minerals.

The metals were then transferred to other locations to make different objects that were distributed and exchanged, such as axes, ceremonial knives, instruments such as chisels and ornaments such as pendants or earrings, ” Giovannetti told CTyS-UNLaM.

“These furnaces, which had two chambers, made it possible for the pieces of rock extracted from the mines to be pulverized, ground in place and then arranged and melted in an upper chamber,” explained Giovannetti, one of the authors of the article published in the Revista de Antropología Chilena Chungara.

Researchers have also revealed the process by which metals were melted. Experts say that the ancient Inca would place the fuel into the lower chamber, which was then lit. Through specific channels, the molten material flowed, falling through holes that connected both chambers. Once cooled, it was collected in the chambers with tools produced by the workers.

Although the Inca Empire had its nucleus in Peru, their territories extended from southern Colombia to Chile and, particularly in Argentina, it occupied the provinces of Jujuy, Salta, Catamarca, Tucumán, La Rioja, San Juan, and Mendoza. According to recent discoveries, it also occupied part of Santiago del Estero.

The discovery was made after a series of archeological campaigns that allowed experts to study the site from 2013 to 2015. The first phase involved experts excavating the uppermost parts of the furnaces, which allowed the discovery of far more complex structures than anticipated.

The second archeological campaign involved in carrying out more detailed excavations, which allowed archaeologists to discover that the furnaces were composed of two chambers, something that allowed them to piece together the structures, allowing them to reconstruct how the smelting furnaces worked in the past and understand what their specific characteristics were.

The second archaeological campaign led to the discovery of slag, which is the waste that arises from the smelting of minerals. This discovery offered important insight into the king of minerals that were worked at the site, allowing experts to better reconstruct the function of the entire complex.

The researchers also came across the remains of stone toons and in one of the kilns, they discovered an ancient fabric that dates back more than 500 years, and likely had a decorative purpose.

According to Giovannetti, “these textiles were highly prized for the time for their good quality, and we believe that they were placed on purpose, as a closing ritual, since in the Andean past it was common for an offering to be made when leaving certain places.”

Some 12 months after the first furnaces were excavated, the group of archaeologists analyzed the enclosures and discovered that one of them was actually the remnant of an ancient kitchen which likely covered the basic feeding needs of the metalworkers of the site. This is unsurprising since the Inca population had common, well-defined tasks.

According to archaeologists, the people that worked at the site were probably a group of metalworkers that came from local communities who worked for the Inca empire in the production of copper, and who were then sent to other regions. It is unlikely that people remained at the site for extended periods of time.