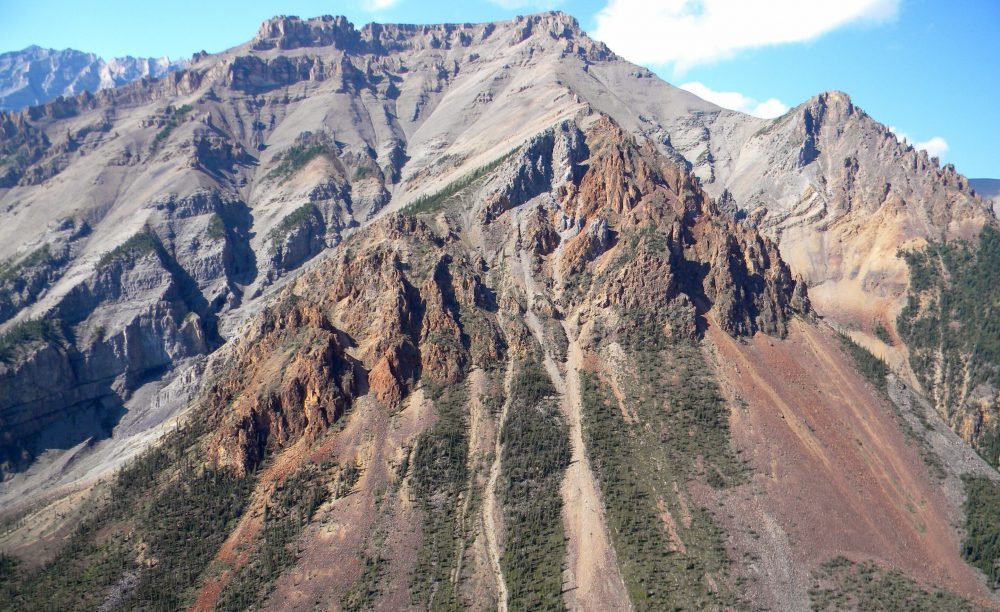 This discovery shifts the history of the emergence of animals on Earth by about 350 million years.

The outbreak of the diversity of multicellular animals at the Precambrian-Phanerozoic boundary is called the Cambrian explosion. This is one of the most important events in the entire history of the Earth – it is not surprising that a variety of hypotheses are expressed about its causes.

The Cambrian explosion, of course, was not instantaneous, and multicellular animals did not appear overnight. The roots of their origin go back to the Precambrian. But how deep? This is a good question.

Elizabeth Turner, a Canadian geologist at the University of Laurentia, released a study describing the earliest fossil record on Earth, dating back 890 million years. The discovery could make a real sensation, as it shifts the history of the emergence of animals on Earth by about 350 million years.

The Cambrian Explosion and the Precambrian Evolution

Some scientists are sure that at the turn of the last Precambrian (Ediacaran) and the first Phanerozoic (Cambrian), a very strong acceleration of evolution took place – in fact, the Cambrian explosion. As a result, a whole catalog of new evolutionary branches of animals arose, many of which have survived to this day. So think the supporters of the hypothesis of the true evolutionary nature of the Cambrian explosion.

They are opposed by the hypothesis of a long latent Precambrian evolution, according to which there was actually no dramatic acceleration of evolutionary processes at the time of the Cambrian explosion, and the evolution of the main groups of multicellular animals began long before the Phanerozoic. And at the beginning of the Cambrian, these groups simply became more numerous, came to the fore in marine communities, “invented” skeletons for themselves, and for all these reasons appeared in the fossil record. But they arose much earlier.

Molecular biologists can measure the rate of evolution – by the number of nucleotide substitutions in ancient genes. This is called a molecular clock. And dating by the molecular clock method takes the roots of the main branches of multicellular animals back to the distant Precambrian times. The problem is that the molecular clock is a capricious instrument, and the more ancient events interest us, the less we can rely on it. In addition, without a calibration based on paleontological data, the molecular clock is useless, and these calibrations are not very good in our case: in some works, they confirm the hypothesis of a long-hidden Precambrian evolution, in others – the hypothesis of the Cambrian evolutionary explosion, and there is still no agreement here.

In general, whatever one may say, good old paleontology remains the most reliable witness in matters of early animal evolution. Of course, paleontological data are sometimes controversial, but if they already exist, then you cannot dismiss them.

What do we know about the Precambrian multicellular fauna?

The easiest way is to start at the end. At the end of the Precambrian, in its last few million years, creatures, although slightly unusual, but generally similar to the Phanerozoic animals familiar to us (such as the kimberella), began to regularly occur on Earth. These were the harbingers of the Cambrian explosion. But they appeared only at the very end of the Precambrian. What happened before?

There used to be a world of mysterious creatures, often quite large, but not similar to any modern living organisms. The lifetime of this fauna is limited by the last Precambrian period – the Ediacaran. It is called the Ediacaran fauna or the Ediacaran biota.

Various versions have been expressed about the nature of the Ediacaran organisms. Recent studies of extant chemical biomarkers have confirmed that they were at least close relatives of modern multicellular animals. But this fauna, apparently, had no descendants.

Earlier times for zoology are shrouded in obscurity. We have candidates for the role of animals of those times, but all these findings are, to one degree or another, controversial. For example, in books and articles about evolution, the Hainan fauna is often mentioned, which is much more ancient than the Ediacaran fauna and is completely different from it.

Unfortunately, there is evidence that worm-like organisms from the Hainan biota are actually not animals at all, but algae. If this is confirmed, then the Hainan fauna will be “closed”.

But what would the earliest animals look like? What, in fact, is there, in the deep Precambrian, to look for?

The answer to this question exists. According to molecular phylogenetics, sponges are the oldest and most primitive branches of animals that have survived to the present day. In recent years, there has been a heated discussion on this topic, but in the end, the supporters of the primacy of sponges seem to have won: their hypothesis is more reliably substantiated. So, the first multicellular animals may well be sponges.

There is nothing surprising here. Sponges are sedentary marine or freshwater creatures, whose organisms, by the level of integration, resemble a colony of protozoa. They are quite suitable for the role of the first stage of animal evolution. Most sponges have an internal skeleton that is either calcareous, silica or proteinaceous. The hard skeletal elements of sponges are called spicules – they are well preserved in the fossil state.

The trouble is that typical sponge spicules appear only in the Cambrian, along with the remains of most other groups of animals. They are absent in the Precambrian. True, a few years ago, Chinese paleontologists described a small skeletal sponge from the Ediacaran period, but its status still needs confirmation. All other reports of Precambrian sponges are even more controversial.

Let us, however, draw attention to the fact that the evidence for ancient sponges is not limited to the finds of ancient mineral (calcareous or siliceous) spicules. Otherwise, everything would be simple: there are spicules – there are sponges, no spicules – no, and there is no trial. But sponges have other types of skeletons as well.

The fact that such a microstructure remains precisely from the sponges has been verified on Phanerozoic sponges, which differ little from modern ones.

1. Elizabeth Turner of the University of Laurentia published an article describing that a similar worm-like microstructure was found in the Precambrian deposits of northwestern Canada. The author of the work believes that her find is the remains of sponges with a protein skeleton.

2. The deposits in which the alleged traces of sponges were found are the remains of stromatolites -microbial reefs built by blue-green algae, cyanobacteria. Any stromatolite is, to one degree or another, a multi-species community.

3. Sponges have already been found in Phanerozoic stromatolites, and this has already led paleontologists to the idea that stromatolites were the cradle of the first animals.

4. So, there seems to be nothing special in the message about the discovery of the remains of sponge-free sponges in stromatolites. Only the age of this find is striking: 890 million years!

6. Ediacaria was preceded by the Cryogenian – the mysterious era of the “Snowball Earth” when our planet was shackled by global glaciation.

7. Not much is known about the living nature of cryogeny, and absolutely all animal finds from this period are in doubt. But dating at 890 million years transfers the origin of animals not even to cryogeny, but to the previous period.

8. There is no doubt that in the near future the hypothesis of Tonian sponges will be thoroughly tested for durability by other paleontologists: the price of the issue here is extremely high.

9. Is it possible that this hypothesis is correct? Maybe. No biology laws prohibit this. Moreover, the assumption that the first multicellular animals lived in stromatolites looks more probable the earlier these animals appeared. Indeed, in the Cryogenian period, and even more so in Tonian, there was still little oxygen in the earth’s atmosphere.

10. Stromatolite is a rare example of habitat for the then Earth, where oxygen is abundant. It was secreted by cyanobacteria during photosynthesis, so that stromatolite is a kind of oxygen oasis. The Nature article, of course, cites this consideration in support of the new data is plausible.

However, one should not forget that these data are still indirect. We are not talking about animal skeletons or even prints, but, so to speak, about the remains of the remains, which, in principle, can be interpreted in another way. The decisive word here belongs to such venerable sciences as taphonomy and sedimentology.

But if the data on Tonian sponges are confirmed, this will indeed greatly affect our ideas about how the living nature of the Earth developed.