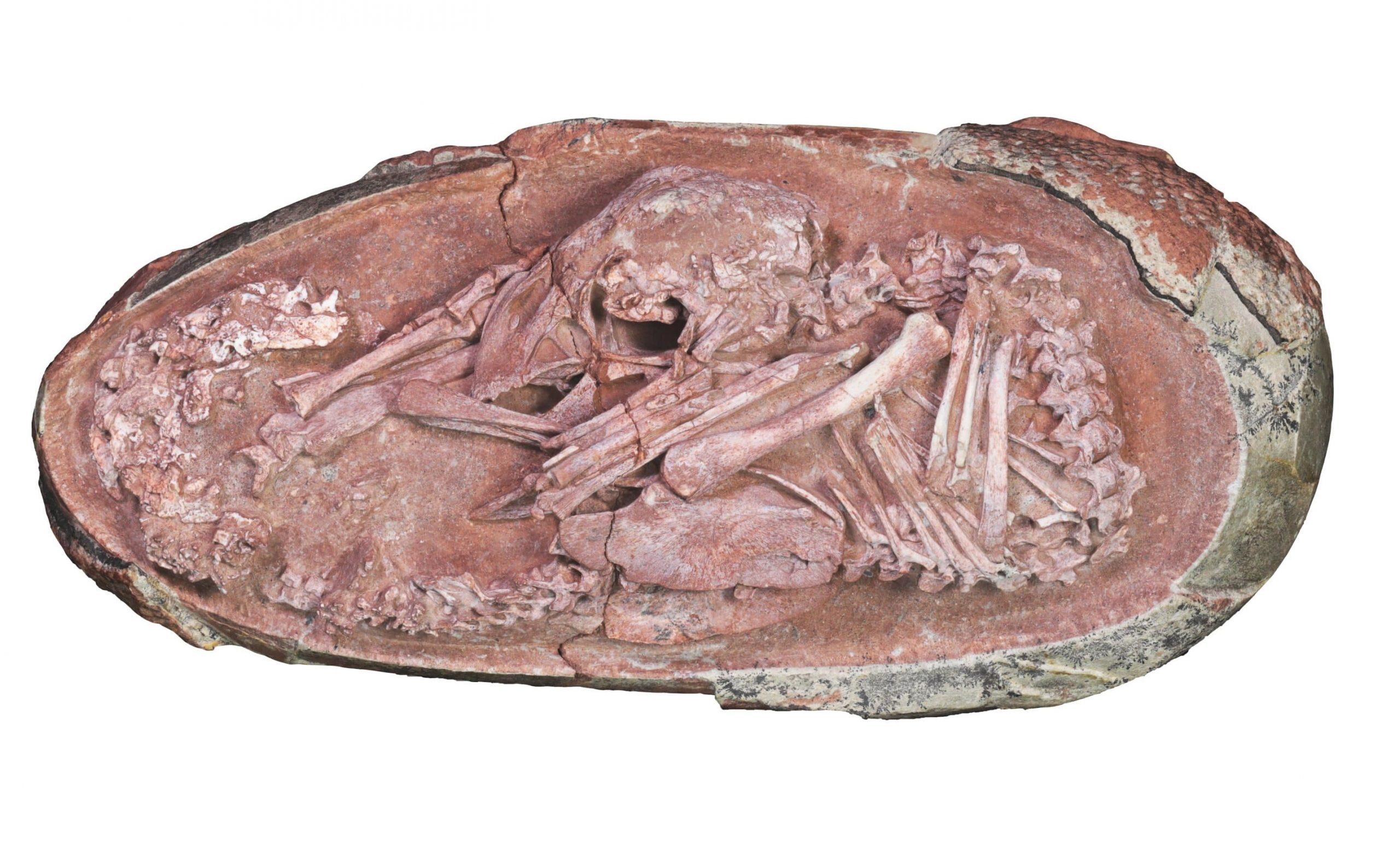 Scientists note that the posture of the embryo is exactly the same as that of the chicks of modern birds. Yet, the dinosaur egg is approximately 72-66 million years old.

Paleontologists have described a fossilized dinosaur egg with a perfectly preserved embryo inside. The find suggests that the embryos of at least some non-avian dinosaurs turned inside the egg, taking a particular pose before hatching. Embryos of modern birds behave in the same way.

The results of the study once again demonstrate that many of the traits that were previously considered unique to birds arose already in non-avian dinosaurs.

How rare are dinosaur eggs?

Fossilized eggs of non-avian dinosaurs are regularly discovered by paleontologists. Such findings allow us to learn more about how these ancient reptiles took care of their offspring and interacted with relatives. However, dinosaur eggs with well-preserved embryos are rare, so scientists can only guess about some of the features of their development.

Positions of dinosaur embryos in eggs

For example, it is unclear what position the dinosaur embryos took inside the egg. For comparison, the embryos of birds, descendants of theropod dinosaurs, are quite mobile and, shortly before hatching, turn their backs to the air chamber at the blunt end of the egg, hiding their head under the wing.

This position probably helps to break through the shell and get out of the egg. For other modern relatives of dinosaurs, crocodiles, this degree of mobility is uncharacteristic. Their embryos sit inside the egg until hatching, with their head resting on the chest.

Most preserved dinosaur embryo to date

A team of researchers led by Waisum Ma from the University of Birmingham succeeded in shedding light on this issue. They got their hands on a 16.7 centimeters long fossilized dinosaur egg discovered in 2000 in the Late Cretaceous Hekou Formation in southern China.

The age of the find is 66–72 million years. Removing part of the shell, the scientists found a perfectly preserved skeleton of the embryo, 23.5 centimeters long. Apparently, he died shortly before hatching.

Analysis showed that the find belongs to the Oviraptoridae family. This group unites herbivorous and omnivorous dinosaurs from the suborder Theropoda, which were distinguished by well-developed plumage and toothless beaks. Fossilized oviraptorid embryos have been found by paleontologists in the past, but the Hekou specimen is the best preserved.

The embryo lay inside the egg, with its head resting on its chest and hind legs bent. The upper part of the back was turned towards the blunt end of the egg. In a similar position, the bird embryos find themselves before taking the posture preceding hatching with the head hidden under the wing.

This pre-hatching posture of the embryo, which has long been considered unique to birds, appears to have been common in theropods as well. Interestingly, many other anatomical and behavioral features of birds, from plumage to brooding, have also been found in non-avian dinosaurs.