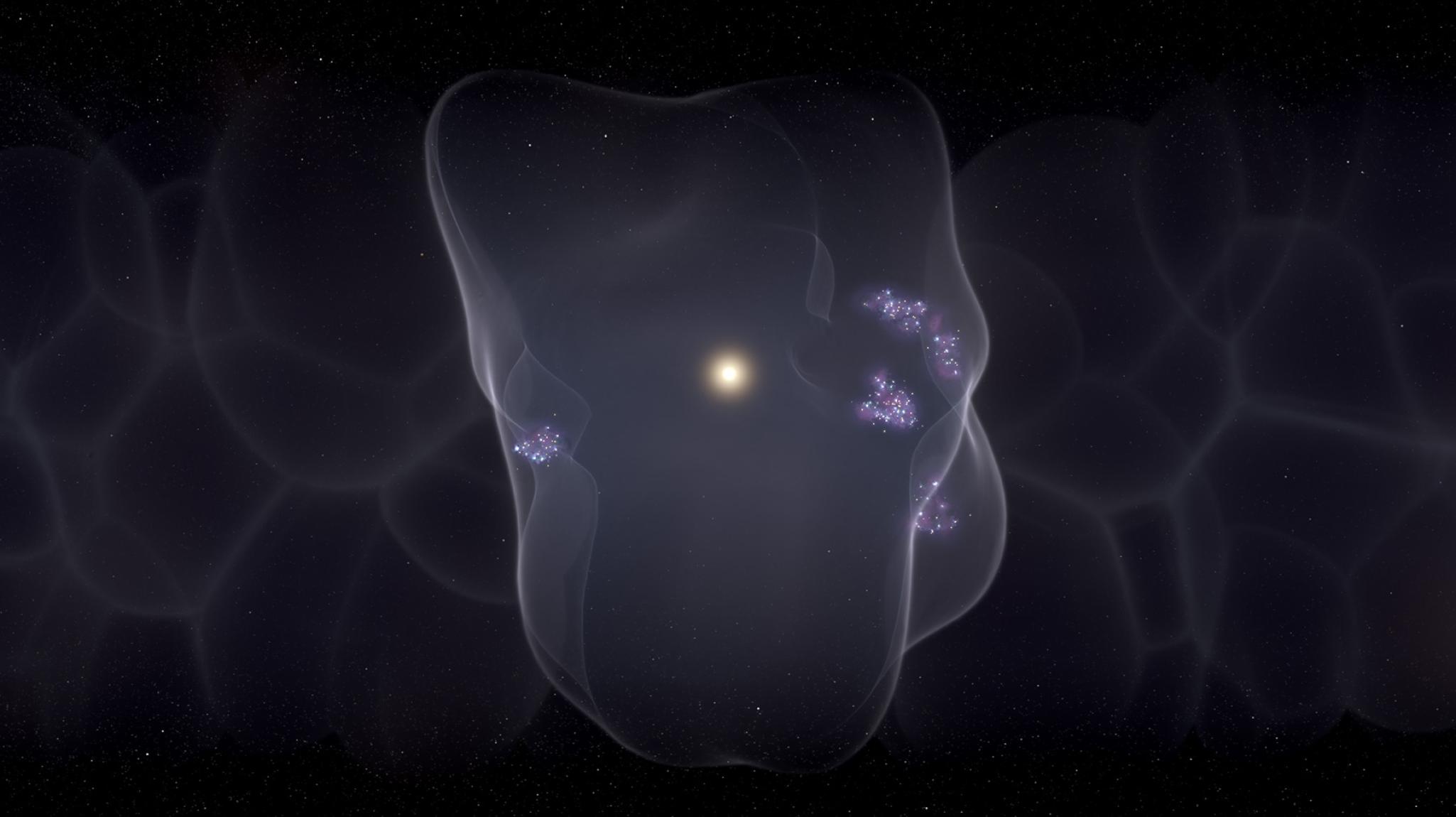 Astronomers have determined the nature of the Local Bubble, a giant cavity in space that contains the Solar System. It turned out that its age is 14.4 million years, and it was formed due to the explosions of 15 supernovae with an interval of one million years.

What is the Local Bubble?

It is known that the solar system is included in the local interstellar cloud, which, in turn, together with several clusters and clouds, is located inside the Local Bubble – a cavity with a diameter of at least 300 light-years filled with hot rarefied plasma and surrounded by a shell of cold neutral gas and dust.

However, the exact shape and extent of this structure, as well as its age, have not yet been determined, as well as a possible connection with star formation processes that could contribute to the creation of the Bubble.

A team of astronomers led by Catherine Zucker of the Harvard-Smithsonian Center for Astrophysics has published the results of an analysis of the position in space, shape, and motion of molecular gas clouds and young (less than 20 million years old) star clusters within 200 parsecs of the Sun.

The scientists, using data from the Gaia telescope, built a 3D map of the solar neighborhood, including a new model of the inner surface of the Local Bubble, and also performed computer simulations to understand the nature of the Bubble and reconstruct the history of star formation processes near it.

It turned out that every known molecular cloud within 200 parsecs of the Sun, such as star-forming regions in the Scorpio-Centaurus association, the South Corona region, and the Taurus molecular cloud, is on the surface of the Local Bubble.

The only exception is the Perseus Molecular Cloud, which has shifted due to the newly discovered Perseus-Taurus Superbubble. Each cloud exhibits a lamellar or filamentous morphology evenly elongated along the surface of the Local Bubble.

Scientists came to the conclusion that 15–16 million years ago, in the Scorpio-Centaurus association, clusters of Upper Centauri – Wolf and Lower Centauri – Southern Cross were formed, located at a distance of about 15 parsecs from each other.

The most massive stars in the clusters exploded as supernovas at the end of their lives, which initiated the expansion of the Local Bubble.

How did the Local Bubble form and what followed?

If we take into account the total mass of the Bubble shell (about 1.4 million solar masses) and the current speed of its expansion (6.7 kilometers per second), it turns out that 15 supernova explosions with an interval of one million years were required for its formation. The age of the Local Bubble is estimated at 14.4 million years.

The researchers suggest that after the birth of the Local Bubble, there were four successive epochs of star formation in the clouds located on the surface of its expanding shell. About 10 million years ago, the Upper Scorpio association was formed, as well as the old stellar population in the constellation Ophiuchus. 6 million years ago, stars were born in clusters in the Southern Corona and Taurus.

Finally, at the present time, the processes of star formation are also going on in the shell of the Bubble. The sun entered the Local Bubble only about 5 million years ago, it was about 300 parsecs away.

Astronomers hope new space telescope data on stellar speeds Gaia, should not only help provide a more accurate picture of the evolution of the Local Bubble but also allow similar studies to be carried out in more distant regions of the Milky Way. Thanks to this, it will be possible to obtain additional restrictions on the model of star formation caused by supernova explosions.