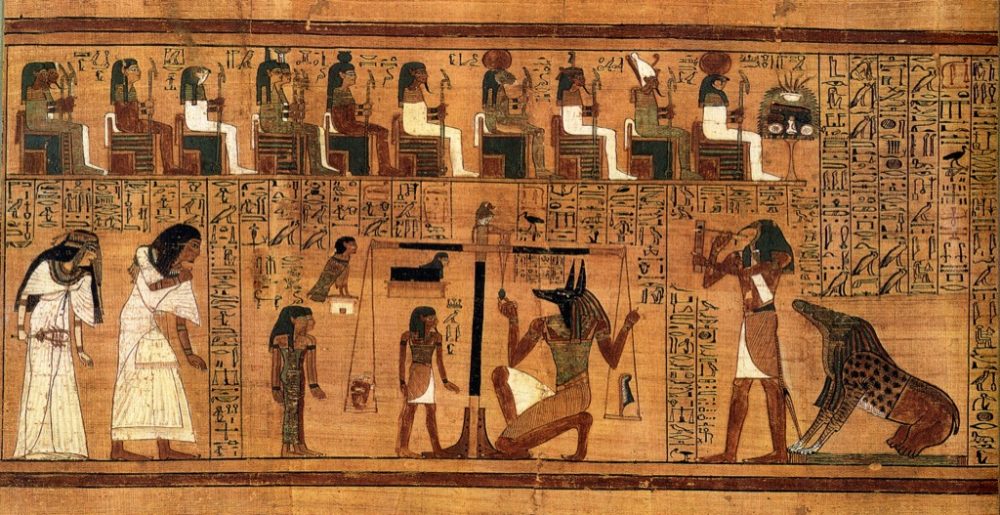 Scientists in New Zealand and the United States have managed to restore a torn 2300-year-old scroll of the Ancient Egyptian Book of the Dead. The contents of the linen fabric included spells and hymns accompanying a person named Petosiris to the afterlife.

The history of the Book of the Dead dates back to the times when the cult of local gods began to become more complicated in the Nile Valley.

Apparently, even before the unification of Ancient Egypt into a single state, a collection of funeral formulas (“Pyramid Texts”) began to be formed, and under the pharaohs of the 5th-6th dynasty (about 2355 BC), it was put on the walls of the burial chambers of the royal pyramids. This happened for the first time during the reign of Pharaoh Unis at the end of the Old Kingdom.

The surviving papyri contain various compilations of chapters from the Book of the Dead. They include various religious and magical texts. In addition, several incantations and scenes were applied to the walls of tombs, sarcophagi, and mummy burial shrouds. The longest Book of the Dead is the Greenfield Papyrus at 37 meters.

One of the most famous such artifacts is the Hunefer papyrus, which was found in the tomb of a scribe in Thebes. It dates from the 19th Dynasty (circa 1285 BC). It shows the famous scene in which Anubis leads the soul of the deceased to judgment.

Experts discovered two matching pieces from the Book of the Dead

Historians from the Getty Research Institute saw an image of one of the fragments of the burial shroud of an ancient Egyptian mummy, covered with hieroglyphs from the ancient Egyptian Book of the Dead. They found it in the online database of the Archaeological Museum in Christchurch

The researchers quickly realized that their institute had a similar piece that matched the New Zealand sample as a puzzle piece.

Egyptologist Alison Griffith of the University of Canterbury noted that there is a small gap between the two fragments, but the overall scene, spell, and text make sense. Both fragments are covered in hieratic script and hieroglyphs depicting scenes and spells from the Book of the Dead.

The researcher noted that it was extremely difficult to write anything on such material, it required a really steady hand.

The linen fragment from Canterbury depicts scenes of preparation for the afterlife: the sacrifice of a bull; men moving utensils for the afterlife; porters including hawk, ibis, and jackal; a burial boat with the goddesses Isis and Nephthys; a man pulling a sled with the image of Anubis. Some of these scenes are present in the version of the Book of the Dead known from the Turin royal papyrus.

Egyptologists managed to establish the name of the person for whom the Book of the Dead was made – Petosiris, but the full text of the artifact has not yet been restored. For this, it is necessary to find other parts of the manuscript. These fragments are now scattered around the world and are kept in both public and private collections.