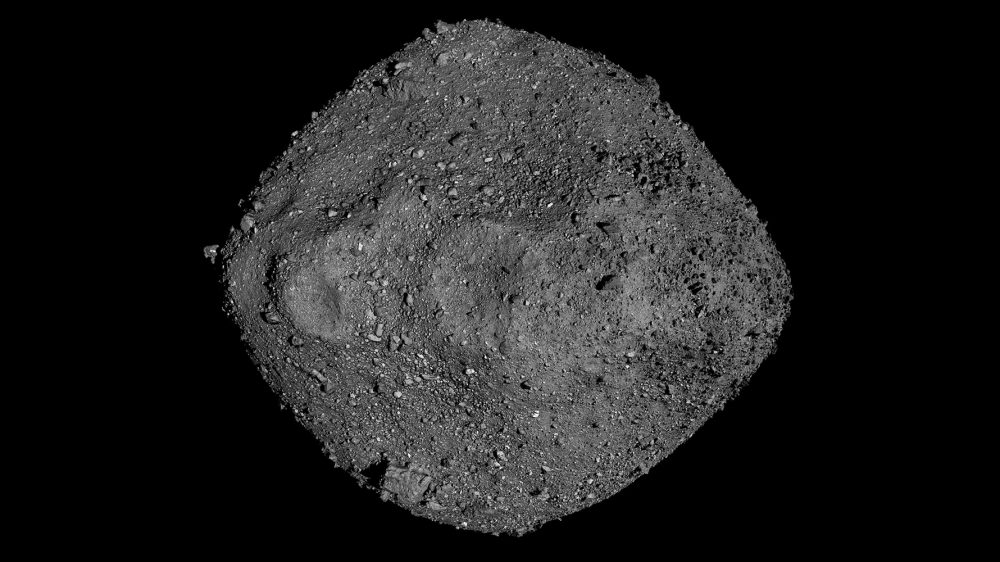 The probability of the 500-meter asteroid falling to Earth will be greatest in 2182.

Near-Earth asteroid (101955) Bennu is one of our most dangerous neighbors, since every now and then it passes in frightening proximity to the Earth. The explosion from the impact of an almost 500-meter celestial body would be hundreds of times more powerful than the hydrogen Tsar Bomb. It will not cause a global extinction, but it may well destroy an entire metropolis or even an entire small country.

It is not surprising that the trajectory of the asteroid is being calculated hundreds of years ahead, and for each approach to the Earth, there are estimates of the collision risk.

Moreover, the OSIRIS-REx spacecraft was sent to Bennu, which spent about two years in its orbit, and in the fall of 2023 should return and deliver samples of matter from the asteroid’s surface to Earth.

However, the chances of a collision are slim: the cumulative risk of asteroid Bennu falling to Earth over the next 300 years is only one in 2700 (0.037 percent). Nevertheless, according to this indicator, it is considered the most dangerous of the known asteroids.

In 2060, Bennu will pass only slightly beyond the orbit of the Moon, and in 2135 it will be even closer to it. Its further trajectory becomes very uncertain: it strongly depends on where exactly the path of the asteroid will pass when approaching in 2135.

To calculate it more accurately, Davide Farnocchia and her colleagues at NASA’s Jet Propulsion Laboratory (JPL) took advantage of new, accurate measurements made by OSIRIS-REx. The assessment took into account both the pressure exerted on Bennu by the solar wind, and the attraction of other celestial bodies (including more than 300 other asteroids), and the Yarkovsky effect – the acceleration arising due to uneven heating and cooling of the surface.

According to Davide, these calculations made it possible to refine asteroid Bennu’s trajectory by a factor of 20. The scientists presented the results of their work in an article published in the Icarus journal.

New calculations showed that at least until 2135, there was no threat from Bennu to Earth. However, the cumulative chances of an asteroid colliding with Earth in the 2100s are no longer so small and amount to one in 1750.

The most dangerous approach is coming on September 24, 2182, when the risk reaches one in 2700 – coincidentally, this is the same 0.037 percent as for the risk of collision in the next 300 years.

How great the chances of a blow in the future are will become fully clear only after this key rapprochement. In the vicinity of the Earth, there are 26 known ” gravitational wells ” – areas that arise due to the inhomogeneity of the planet’s gravitational field.

Once in them, asteroid Bennu can change the trajectory and get on the path to a collision. The new calculations ruled out the passage of the asteroid through 24 such sites, but there is still uncertainty about two.