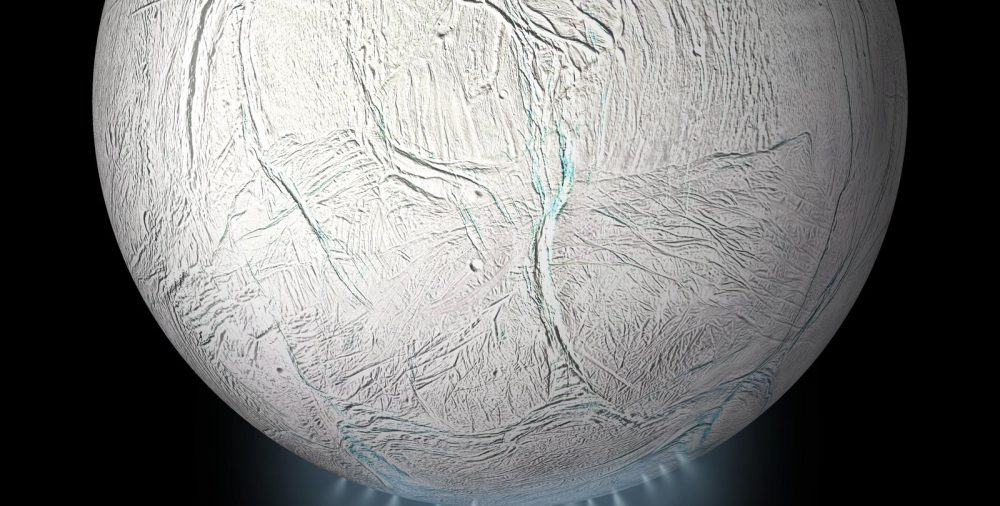 Inside the ocean of Saturn’s moon Enceladus, global circulation processes can operate, transferring heat and various substances from the bottom to the overlying layers of water, from the poles to the equator. This is the conclusion reached by planetary scientists who built a new model of the ocean based on data from the Cassini station and current knowledge about Earth’s Antarctic Ocean.

What made Enceladus important for scientists?

Interest in Enceladus, the 500-kilometer icy moon of Saturn, arose after the interplanetary station Cassini found evidence of the existence of a global subglacial ocean that is at least 30 kilometers deep. This was indicated by fluctuations in the position of the satellite and plumes ejected from cracks near the South Pole.

In addition to water, carbon dioxide, ammonia, and methanol, the emissions contained hydrogen and organic molecules, suggesting hydrothermal activity on the ocean floor. The satellite began to be considered as one of the places where life can exist, in particular, archaea can live in such an ocean.

A group of planetary scientists led by Ana Lobo from the California Institute of Technology has published the results of modeling the processes that can go on in the ocean of Enceladus. Scientists based on data from “Cassini” and modern ideas about the high-latitude oceans of the Earth.

The fact is that the observed heterogeneity of the thickness of the satellite’s ice crust (at the poles it is thinner than near the equator), according to the researchers, is a convincing indicator that local regions of freezing and melting at the ocean-crust boundary change the density of the subsurface ocean due to heat exchange and flows fresh and saltwater.

Scientists concluded that global circulation from the pole to the equator will operate inside the ocean, which will affect the distribution of heat (in this case, heat from hot spot areas can spread throughout the ocean) and the transport of various substances from the bottom to the overlying water layers. Near the South Pole, the ocean will be divided into layers with different salinity and may have a lens of freshwater.

If we assume that the ocean has an average salinity equal to or greater than the salinity of its deepest layers, then the freshwater lens feeding the geysers will have a salinity of at least two grams per kilogram of water less than the average salinity of the entire ocean. what should be taken into account in further studies of the satellite.

Researchers hope that future missions to the icy satellites of giant planets such as Dragonfly, Europa Clipper, and JUICE will help to learn more about the oceans of Europa, Ganymede, and Titan.

In particular, their research should link the properties of the ocean on the border with the crust to the global circulation within it. In this case, one can more accurately understand which satellites are more suitable for the development of microbiological life on them. 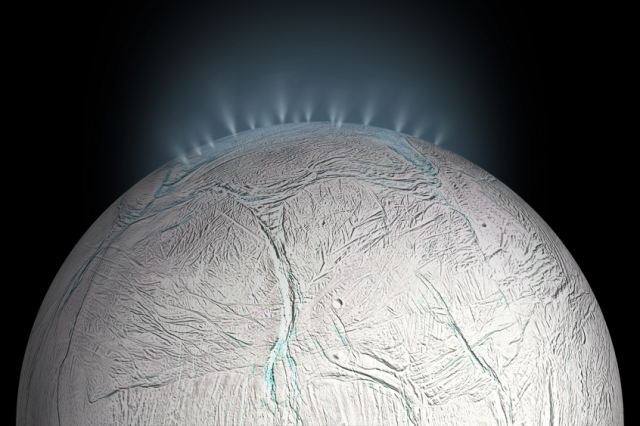