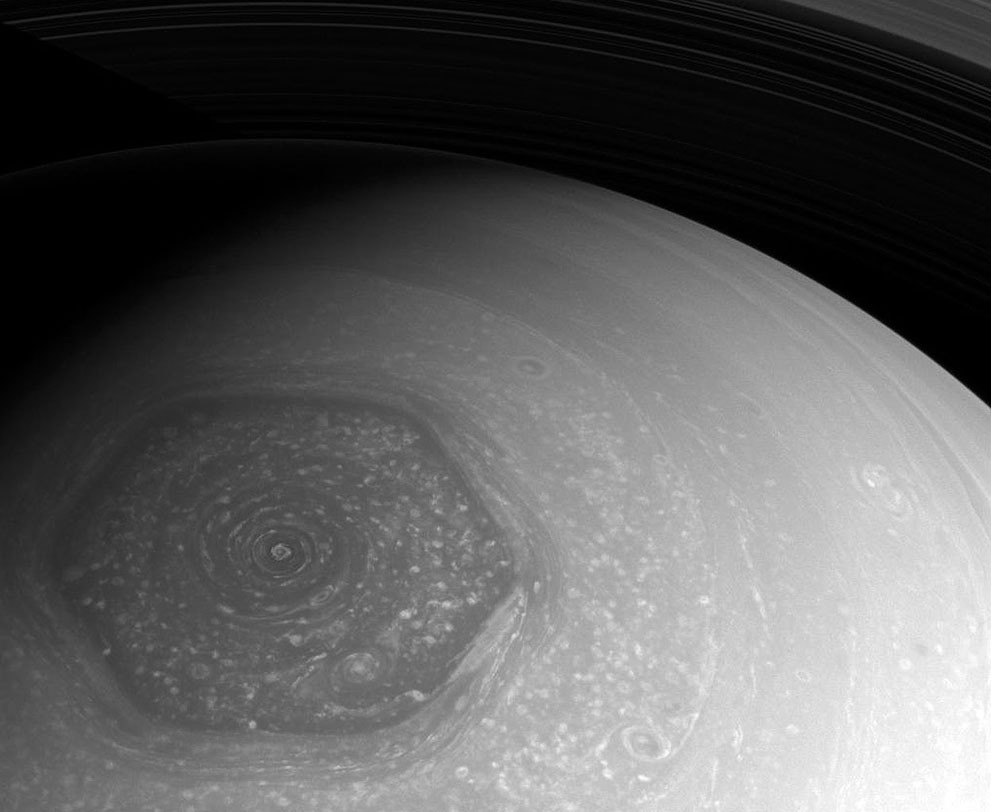 Our solar system is an amazing yet mysterious place. Take a look at some of the planets in our star system, and you’ll find plenty of things to wonder about.

One such planet is Saturn, the “lord of rings,” which is a world unique to our cosmic neighborhood. In addition to its beautiful, massive rings, Saturn has a massive hexagon shape on its north pole. What caused this perfect shape has long eluded astronomers.

That is, until now.

Researchers at Harvard University have developed a computer simulation that could explain Saturn’s mysterious polar hexagon.

In their article published in the Proceedings of the National Academy of Sciences, Rakesh Yadav and Jeremy Bloxham determine that alternating flows and a high latitude jet eastward explain this iconic mark.

In 1981, the Voyager 2 spacecraft passed Saturn and captured images of the gas giant and its moon system, as it made its way towards the outermost parts of our solar system.

One of the things that stood out was a large hexagon-shaped structure (approximately 30,000 in diameter) near the planet’s North Pole.

A later study suggested that the anomaly was an atmospheric phenomenon that was likely similar in nature to a hurricane on Earth, but its hexagonal shape was a mystery.

Subsequent investigations showed that the shape of the hexagon persisted to this day, almost 40 years later, but the reason for its shape and endurance remains a mystery, one that astronomers have not been able to solve for decades.

Astronomers have debated the nature of the hexagon, and in recent years they have divided into two groups: those who believe it is a superficial phenomenon and those who think it is very deep. In this new endeavor, the researchers sought to solve the hexagon mystery by building a 3-D computer simulation to emulate its behavior.

To build their simulation, the researchers studied and used data on the planet from multiple resources, more specifically from the Cassini spacecraft, which generated massive amounts of data during its 13-year mission.

The simulation showed deep thermal convection moving in the outer layers of the planet’s atmosphere, leading to the formation of three large cyclones near the poles, and an eastward-moving jet moving in a polygonal pattern.

The simulation also showed one of the giant vortices pinching the jet. In the simulation, the forces of the cyclones and the jet moving eastward combined to create the hexagonal shape of the central vortex, which rotates in the opposite direction to the smaller vortices.

The simulation also showed that the hexagon was very deep, perhaps thousands of kilometers.

Researchers suggest that the smaller adjacent cyclones are not visible in photographs of the planet because they are covered in turbulent gases.