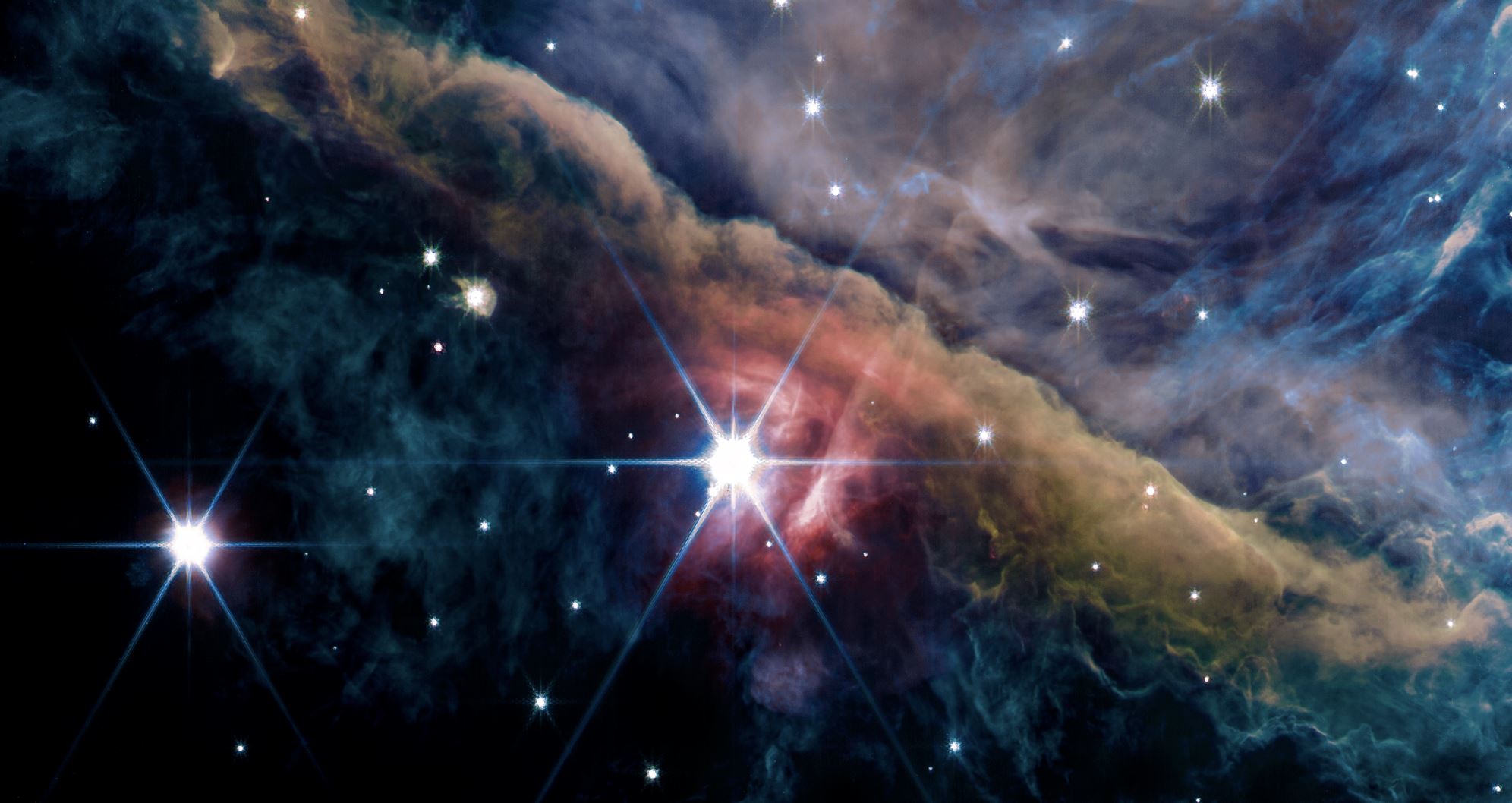 The James Webb Space Telescope observed the inner regions of the Orion Nebula leaving scientists "blown away" by what the space telescope photographed.

“These new observations allow us to better understand how massive stars transform the gas and dust cloud in which they are born,” she added.  Observing nebulas with visible-light telescopes is impossible due to dust covering them. Hubble, Webb’s predecessor, was incapable of observing them. However, Webb focuses on infrared wavelengths, which penetrate dust. A large number of spectacular structures were discovered, ranging from the size of our solar system to approximately 40 astronomical units. Among the numerous structures, scientists observed dense filaments of matter that could lead to the formation of new generations of stars, as well as stellar systems made up of a central protostar surrounded by a disk of dust and gas, which could become planets.

Edwin Bergin, a member of the international team and chair of astronomy at the University of Michigan, said, “We hope to gain an understanding of the entire cycle of star birth.” Specifically, in this image, we are seeing how the first generation of stars is essentially irradiating the material for the next generation of stars. These incredible structures illustrate how the feedback cycle of stellar birth operates within our galaxy and beyond, Bergin explained. With a primary mirror measuring approximately 6.5 meters long (over 21 feet) and a five-layer sunshield the size of a tennis court, Webb is the most powerful space telescope ever built.