Scientists from the Institute for Solid State Physics at the University of Tokyo have managed to create what is now considered the strongest controllable magnetic field ever produced.

Experts have managed to sustain the magnetic field longer than any previous study of similar strength, reaching a record intensity of 1,200 Teslas.

Tesla is the measure used to denote the strength of a magnetic field. The Tesla unit of measurement is equal to force divided by speed divided by charge.

There is another unit for measuring magnetic field called Gauss; 1 Tesla = 10,000 Gauss.

To reach the record-breaking 1,200 Teslas, physicist Shojiro Takeyama and his colleagues designed a complex device within a specially constructed laboratory for the project and used a method called electromagnetic flow compression.

In this way, the experts managed to reach a magnetic field intensity of 1,200 teslas. To understand how much ‘Tesla Juice’ we are talking about, a magnetic resonance imaging (MRI) diagnostic device achieves only a power of 3 teslas, explains Live Science.

To achieve the above-mentioned intensity, Takeyama’s team applied energy of 3.2 mega-joules onto a sophisticated electromagnetic coil, whose interior was designed to compress at a speed of Mach 15 (5 kilometers per second), that is, 15 times higher than the speed of sound.

This is how physicists managed to ‘squeeze’ the magnetic field into an increasingly small space, thus substantially increasing its intensity in a matter of microseconds.

Eventually, the roll was compacted until completely destroyed, generating a powerful explosion that apparently, even destroyed the doors of the laboratory.

The fact that scientists managed to achieve more than 1,000 teslas in a controlled environment is a milestone for science, since “it allows observing the movement of electrons outside the material environment in which they normally find themselves”, and this opens the possibility of “exploring new types of electronic devices “, besides being a valuable contribution to research in the field of” fusion energy generation “, concluded Takeyama.

“One way to produce fusion power is to confine plasma – a sea of charged particles – in a large ring called a tokamak in order to extract energy from it,” explains Takeyama. “This requires a strong magnetic field in the order of thousands of teslas for a duration of several microseconds. This is tantalizingly similar to what our device can produce.” 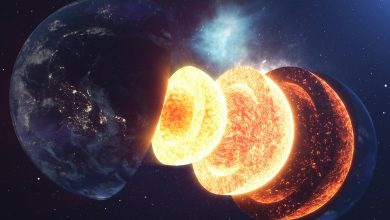 World’s Largest Telescope to Search for Planets With Magnetic Fields