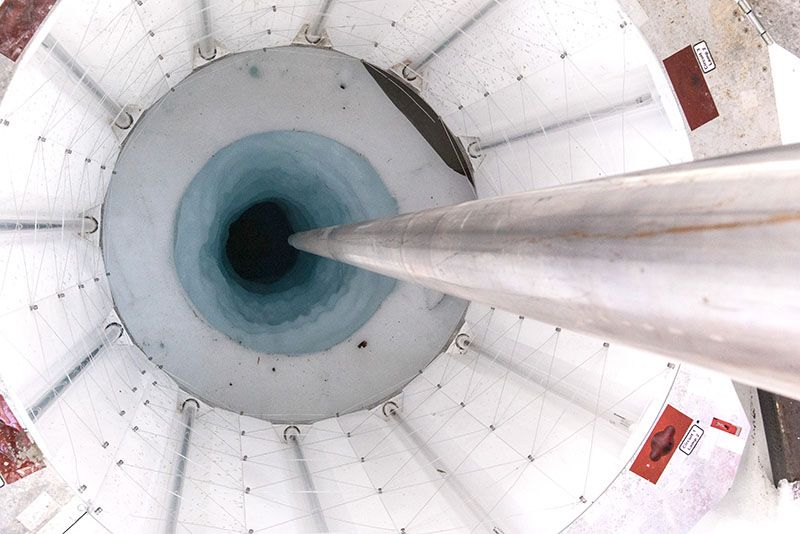 Scientists have found ancient life after having successfully drilled one kilometer beneath Antarctica.

Scientists have recently drilled into a mysterious subglacial lake in Antarctica.

“After four days of troubleshooting components that sustained wear and tear from sitting through two winters on the ice, the Drill Team began drilling the main borehole on the evening of December 23 and reached the lake faster than expected at 10:30 pm on December 26 with a borehole depth of 1084 meters,’ a SALSA statement reads.

Known as Lake Mercer, it measured around 62 square miles and was discovered thanks to satellite images of the region more than ten years ago.

The Subglacial lake is considered a hydraulically active lake located around one kilometer beneath the thick ice sheet of Whillans Ice Plain, a fast-moving region of the West Antarctic Ice Sheet.

Now, researchers have successfully managed to drill into the lake for the first time and have revealed they’ve discovered signs of life.

But not only that, as revealed in a recently published study in the journal Nature, scientists announced they had discovered the remains of crustaceans and a tardigrade, an animal commonly referred to by experts as a ‘water bear.’

Interestingly, scientists reveal that life could still exist down there despite the extreme temperatures and conditions inside the subglacial lake.

David Harwood, a micro-paleontologist member of the University of Nebraska-Lincoln who is part of the expedition — known as SALSA (Subglacial Antarctic Lakes Scientific Access) told Nature that ‘discovering the animals down there was something unexpected.

How exactly the animals ended up inside the lake, located around 1,000 meters beneath the surface, remains a mystery. However, they theorize that the animals may have inhabited ponds and streams in the Transantarctic Mountains (some 50 kilometers away) and got transported to their current location when weather conditions were much warmer in Antarctica, between 10,000 and 120,000 years ago.

The animals were trapped inside the subglacial lake as the climate eventually cooled down.

Lake Mercer is just one of 400 lakes that are believed to exist beneath the Antarctic Ice.

Exploring it is of great importance not only to understand our planet better, but the scientific data gathered by experts exploring the subglacial lake could help us understand how alien life could develop and survive on distant planets and moons across the solar system and beyond.

Scientists will now perform DNA sequencing from the animal remains they discovered to determine whether the animals were saltwater or freshwater species.