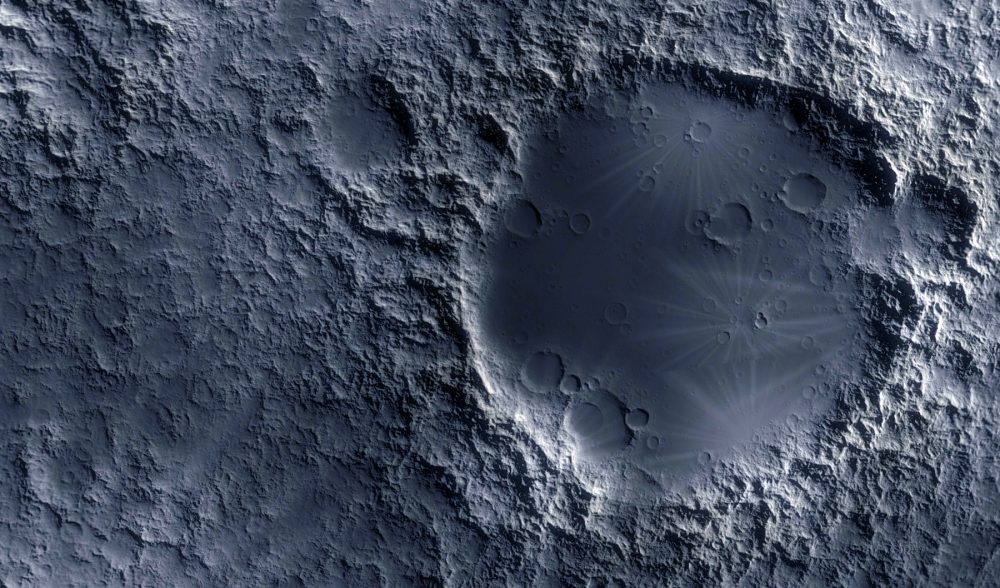 A study published in the journal Geology suggests the Moon has an active tectonic system, and may not be as inactive as initially thought.

A ridge system that runs along the near side of the Moon shows newly exposed rocks. The ridges could be evidence of active lunar tectonic processes, the researchers say, possibly echoing a long-ago impact that nearly shattered the Moon.

“There is an assumption that the Moon is long dead, but we continue to discover that this is not the case,” said Peter Schultz, a professor in the Department of Earth, Environmental and Planetary Sciences at Brown University and co-author of the research, published in the journal Geology.

“Based on this, it appears that the Moon may still be cracking and cracking, potentially today, and we can see the evidence on these ridges.”

Most of the Moon’s surface is covered by a regolith, a layer of crushed rock dust created by the constant bombardment of small meteorites and other impactors. Regolith-free areas where the Moon’s bedrock is exposed are very rare. But Adomas Valantinas, a graduate student at the University of Bern who led the research, used data from NASA’s Lunar Reconnaissance Orbiter (LRO) to detect strange naked places in and around the lunar maria, the big dark spots on the near side of the moon.

The researcher revealed that exposed blocks on the surface have a relatively short lifespan because regolith accumulation occurs constantly. So, when scientists do see them, there must be some explanation of how and why they were exposed in certain places.

For the study, Valantinas used the LRO Diviner instrument, which measures the temperature of the lunar surface. Just as concrete-covered cities on Earth retain more heat than the countryside, the bedrock and block layers on the Moon stay warmer during the lunar night than regolith-covered surfaces. Using Diviner’s observations, Valantinas discovered more than 500 patches of exposed bedrock on narrow ridges following a pattern across the moon-side Maria.

Schultz says some ridges covered with exposed bedrock have been seen before. But those ridges were at the edges of the old lava-filled impact basins and could be explained by the continuous fall in response to the weight caused by the lava fill. But this new study found that the most active ridges are related to a mysterious system of tectonic features (ridges and faults) on the near lunar side, unrelated to lava-filled basins and other young faults running through the highlands.

“The distribution that we found here begs for a different explanation,” Schultz said.

To understand what they were looking at, Valantinas and Schultz mapped all the exposures revealed in the Diviner data and found an interesting correlation. In 2014, NASA’s GRAIL mission found a network of ancient cracks in the Moon’s crust. Those cracks became channels through which magma flowed to the Moon’s surface to form deep intrusions. Valantinas and Schultz demonstrated that the block ridges seemed to align perfectly with the deep intrusions revealed by GRAIL. “It’s almost a one-to-one correlation,” said Schultz. “That makes us think that what we are seeing is a continuous process driven by things that happen inside the Moon.”

In other words, Earth’s Moon may not be as desolate and dead as previously thought.

The scientists refer to their discovery as ANTS, which stands for Active Nearside Tectonic System. The researchers believe that the ANTS was actually set in motion billions of years ago with a giant impact on the Moon’s far side.

“This looks like the ridges responded to something that happened 4.3 billion years ago,” Schultz explained. “Giant impacts have long-lasting effects. The Moon has a long memory.  What we’re seeing on the surface today is testimony to its long memory and secrets it still holds.”