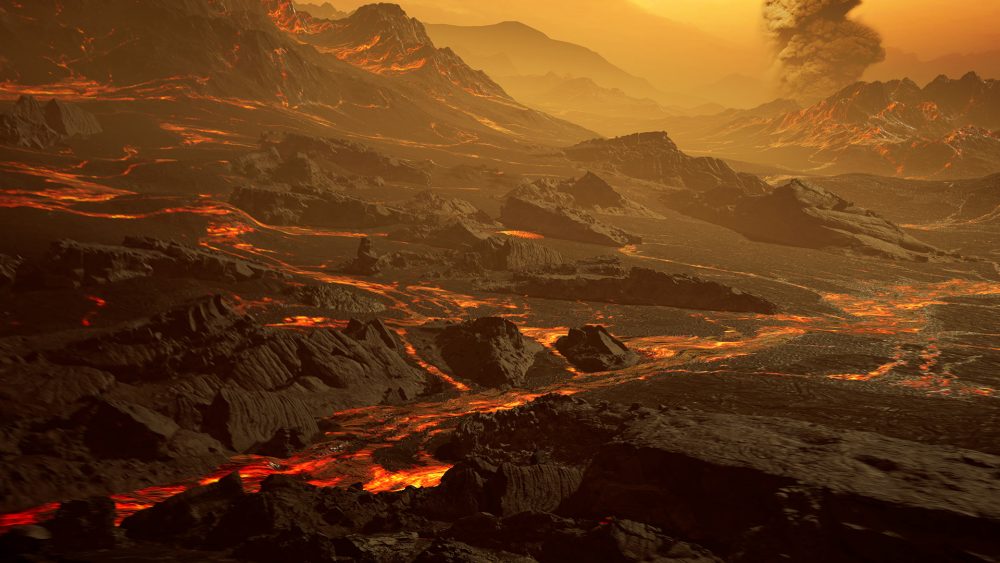 Exoplanet Gliese 486b is a rare exoplanet that has retained its atmosphere despite its proximity to its star.

With the advent of exoplanet hunting tools, the number of open worlds outside the solar system quickly grew to thousands. By combining different methods of observation, astronomers today can determine their mass, size, and even density, which allows an estimate of the internal composition.

As part of the CARMENES project to search for exoplanets in nearby red dwarf systems, astronomers have discovered a red-hot super-Earth that is an excellent candidate for future studies of the atmospheres of extrasolar worlds – Gliese 486b.

The atmospheres of extrasolar worlds must meet certain requirements for observation by the next generation of observatories. The rocky Gliese 486b, residing in a red dwarf system 26 light-years away, suits them perfectly.

Gliese 486b is a super-earth, surpassing our planet in mass by 30%, and in size – 2.8 times. From the density calculation, astronomers concluded that Gliese 486b has an iron core and resembles Earth and Venus in structure. While in tidal capture, the exoplanet makes one revolution around its star in 1.5 Earth days at a distance of 2.5 million kilometers.

Despite being much fainter and colder than the Sun, its red dwarf is exposed to intense radiation that heats the planet’s surface to about 430 degrees Celsius. In this sense, Gliese 486b is probably more like Venus than Earth, with a hot and dry landscape cut through by flaming rivers of lava.

What makes Gliese 486b so important for science? While it has a solid surface, this super-Earth has also retained part of its atmosphere despite the close proximity to its star. This makes it the perfect candidate for telescope studies in the future.

The unique exoplanet was discovered in data from the Kepler and TESS space telescope. The study focused on red dwarfs – the most abundant stars in the galaxy.

For now, scientists do not have the technology for more detailed observations but once the James Webb and ELT telescopes begin operating, they will be able to study the atmosphere directly.

Super-Earths like Gliese 486b are extremely rare given the fact that it has both a solid surface and an atmosphere. Furthermore, it has the perfect equilibrium temperature for such studies.

According to scientists, if Gliese 486b was only one hundred degrees colder, studies of the atmosphere would not be possible or at least, the super-Earth would not be a suitable candidate. On the other hand, if it was a hundred degrees hotter, we wouldn’t know that it had a solid surface because it would have been entirely covered in lava.

In each case, life on this super-Earth would not be possible but studying it will give scientists important answers. Thousands of exoplanets have been discovered already in the past two decades but characterizing them remains troublesome. The most convincing way to do this is by studying atmospheres which will be the main focus once the upcoming advanced telescopes are launched.