We knew that Mars was a planet that had water in its distant, geological past. The planet is void of most of its water in a liquid form.

But this does not mean Mars doesn’t have any water right now.

Scientists have now discovered a supermassive deposit of frozen water on Mars, and experts say that deposit may very well be the last traces of an ancient Martian polar ice cap.

In a new scientific paper, scientists say how a massive deposit of water-ice buried deep within the Martian surface is evidence of a hidden, ancient Martian polar ice cap.

This means Mars is similar to Earth.

Scientists have revealed that this new discovery is evidence that Martian Ice Caps, wax, and wane due to the tilt and orbit of the planet.

But it’s not just that.

Scientists say that the water deposit is truly massive.

In fact, if the water ice were to melt, the liquid from it would create a massive, planet-wide layer of water around 5 feet deep.

The discovery was entirely unexpected, researchers have revealed.

“We did not expect to find this much water ice here,’ explained Stefano Nerozzi, the lead author of the study. “That likely makes it the third largest water reservoir on Mars after the polar ice caps.” 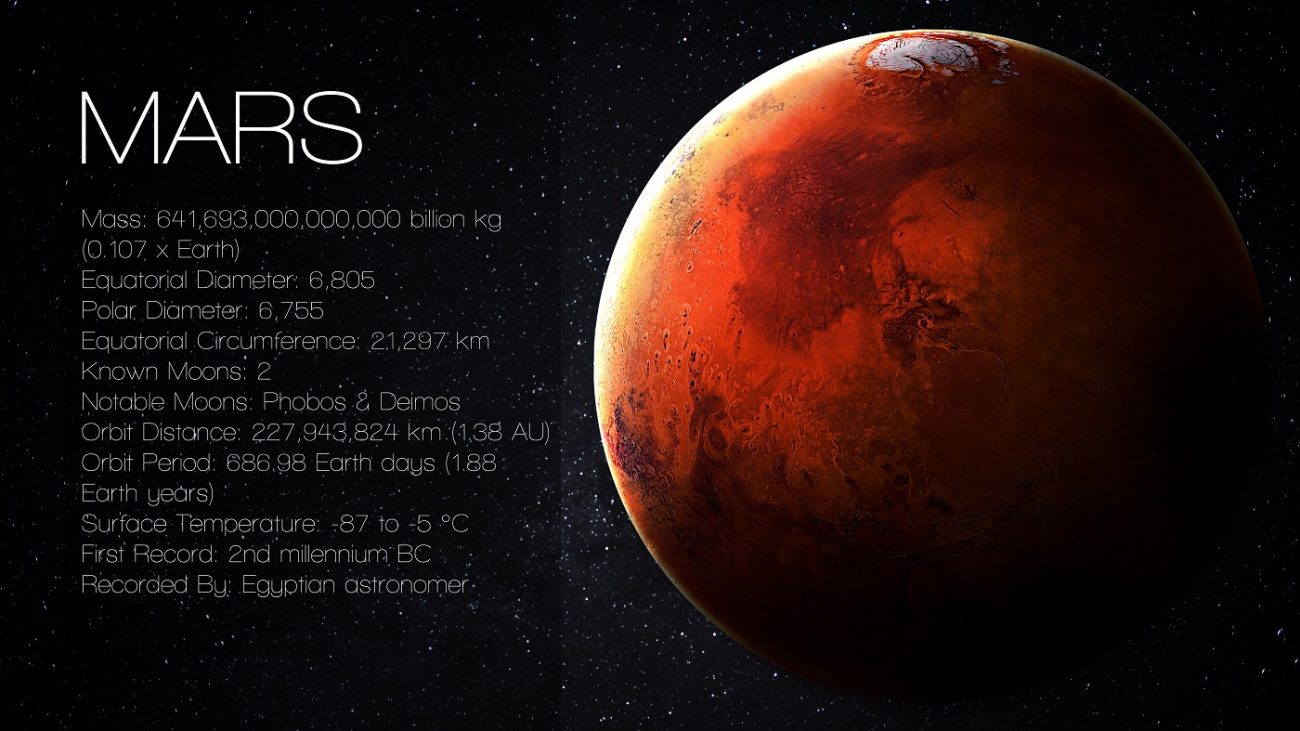 Ice layers on Mars most likely formed on the red planet during past ice ages.

The ice is believed to have been protected and isolated from periods of warming by the massive sand sheets that cover the surface.

This sand is thought to have acted as an insulator, protecting the ice from harmful solar radiation.

It was thought previously that Martian ice caps disappeared from Mars entirely, as the planet lost its atmosphere to space.

However, researchers now say that instead of disappearing, the Martian Ice was locked inside the planet’s surface, remained protected there.

Nerozzi explained that “the total volume of water locked up in these buried polar deposits is roughly the same as all the water ice known to exist in glaciers and buried ice layers at lower latitudes on Mars, and they are approximately the same age.”

The discovery has a lot of implications.

In fact, it tells us not only how Mars looks like today, but it also helps us understand its past and present climate, as well as how conducive to life the red planet was in its not so distant past.

“Understanding how much water was available globally versus what’s trapped in the poles is important if you’re going to have liquid water on Mars,” explained Nerozzi.

“You can have all the right conditions for life, but if most of the water is locked up at the poles, then it becomes difficult to have sufficient amounts of liquid water near the equator,” he concluded.