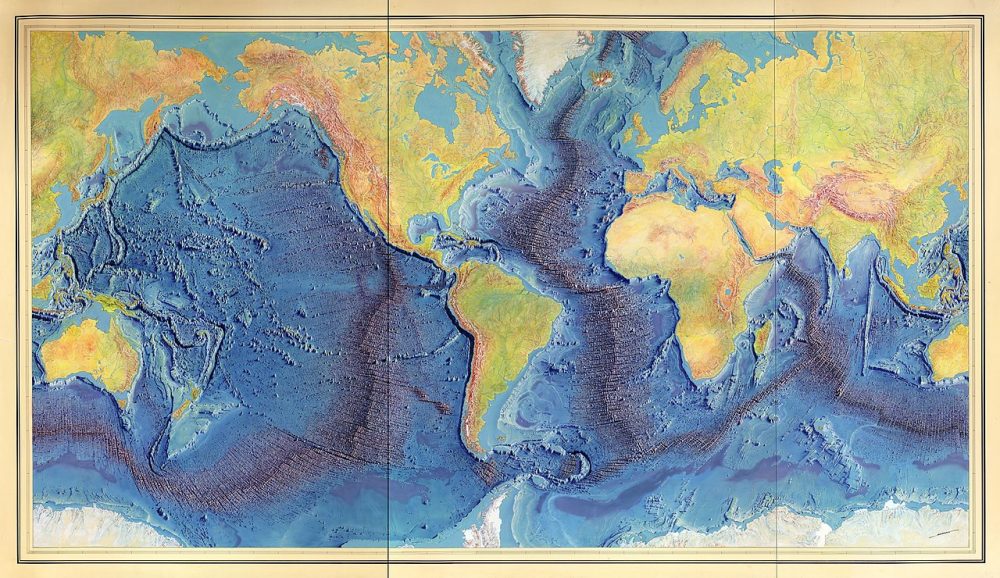 A study has offered insight into how much hydrogen is available to fuel microbial life in the dark underwater crust below the Mid-Ocean Ridge (MOR), the oceanic ridge system.

Although we’ve mapped distant moons in our solar system, and explored planets such as Mars with extreme detail, many of the most important facts about our own planet remained shrouded in mystery. Many people agree that instead of spending millions of dollars on space exploration, we ought to maybe turn to our own planet and first unlock its many secrets.

Many of these secrets are not visible, and some of them are hidden deep beneath the ocean. Now, a study has offered insight into how much hydrogen is available to fuel microbial life in the dark underwater crust below the Mid-Ocean Ridge (MOR), the oceanic ridge system.

Duke University experts led the new study, and it sheds light on one of the lesser-known biospheres of the Earth, helping us better understand our plant and its many biospheres.

Although the study offers unprecedented insight about our planet, it also helps better understand how similar conditions could support life in extreme environments such as distant exoplanets in the galaxy.

Most microbes use photosynthesis powered by sunlight to create organic matter. But chemosynthetic microbial communities living deep in the volcanic rock of Earth’s ocean crust lack this energy source and use hydrogen, released as a free gas when water flows through iron-rich rock, as fuel to convert carbon dioxide into food.

This directly influences our understanding of distant exoplanets which have atmospheres that are anything but similar to Earth. If such organisms can live in extreme environments on Earth, what makes us think they can’t live on exoplanets with those very same conditions?

Scientists have known that life can thrive in the abyss since shortly after the first deep-water hydrothermal vents were discovered in 1977. But it wasn’t until 2013 that microbiologists found microbial communities living inside volcanic rocks below the seafloor. This came as a surprise but was theorized by many.

That discovery sparked widespread scientific curiosity, not only because of the potential size of the newly discovered biosphere (the oceanic crust is several kilometers thick and covers 60% of the Earth’s surface) but also because of the extreme and poor conditions in which oxygen is available there is similar to the time when life first began on Earth, a period when chemical energy may have been the only open energy source to fuel the metabolism of microbes.

“Until now, however, we had no good constraints on the overall size of these microbial communities or how much hydrogen they consume. This new study provides the first estimate and gives us new insights into the scope of these microbes’ impact on Earth’s climate and paleoclimate,” said Lincoln Pratson, Gendell Family Professor of Energy and Environment at Duke’s Nicholas School of the Environment.

“It also gives us boundary conditions for what some of the earliest forms of life on Earth had to deal with, and for where you might look for life on other planets,” he said.

To better understand the total production of hydrogen gas, the scientists performed a lab test that involved constructing a box model that allowed them to assess total hydrogen gas (H2) production from nine different geological sources within a nearly 30 million square kilometer oceanic crust corridor centered on MOR. The corridor twists beside the ridge across all the world’s oceans and covers an estimated10% of all oceanic crust.

Scientists were also able to estimate the amount of hydrogen gas that was being released into the ocean through hydrothermal vents on the seafloor, based on more than 500 measurements of water samples collected by other researchers on previous expeditions along the Middle Ocean Range.

This is a sign that tells us that microbial ecosystems are of great importance when it comes to regulating our planet’s global biogeochemistry.