Earth could morph into Venus.

Some say that climate change is nothing more than a massive conspiracy theory.

According to the Intergovernmental Panel on Climate Change (IPCC), the impacts of human-induced warming is worse than previously feared.

Professor Stephen Hawking spoke about the dangers of Global Warming and the direction our planet was heading on several occasions.

Before the famed British physicist passed away in 2018, in the second-ever episode of “Stephen Hawking’s Favorite Places”, Professor Hawking said that Venus can be compared to Earth in many ways, and by studying our neighboring planet, we can see how many things can go wrong with a planet.

“Venus is like Earth in so many ways,” he explained. “A sort of kissing cousin.”

“She’s almost the same size as Earth, a touch closer to the sun. She has an atmosphere,” he said.

And things on planet Earth have already begun to change for worse.

As explained by Eugene Robinson for the Washington Post, “…The burning of fossil fuels on an industrial scale has raised global temperatures by about 1.8 degrees Fahrenheit. That may not sound like much but look at the consequences we’re already seeing: Stronger, slower, wetter tropical storms. Unprecedented heat waves. Devastating floods. Dying coral reefs. A never-before-seen summer shipping lane across the Arctic Ocean.

Striking facts have been brought forward by scientists, and the alarming new United Nations-sponsored report on global warming shows how bad things are, and what could happen in the near future if we continue showing disregard for global warming.

As explained by the Intergovernmental Panel on Climate Change Earth has reached a point of no return, and only drastic, coordinated action will keep the damage short of a catastrophe.

Humankind is continuously pumping heat-trapping carbon dioxide into our planet’s atmosphere, and calculations suggest that a rise of 1.5 degrees Celsius is almost inevitable. If our planet’s average temperature rises by two degrees, the results would be disastrous for civilization as we know.

In 2002, _NASA suggested that Venus shared similar traits to planet Earth and even had water some 4.5 billion years ago. However, as the planet increasingly warmed, more water vapor was in its atmosphere resulting in more heat being trapped which continued until its oceans completely evaporated.

The exact same thing could one day happen on Earth.

A Massive Star Played a Huge Role in Earth’s Habitability 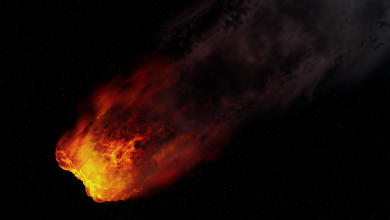