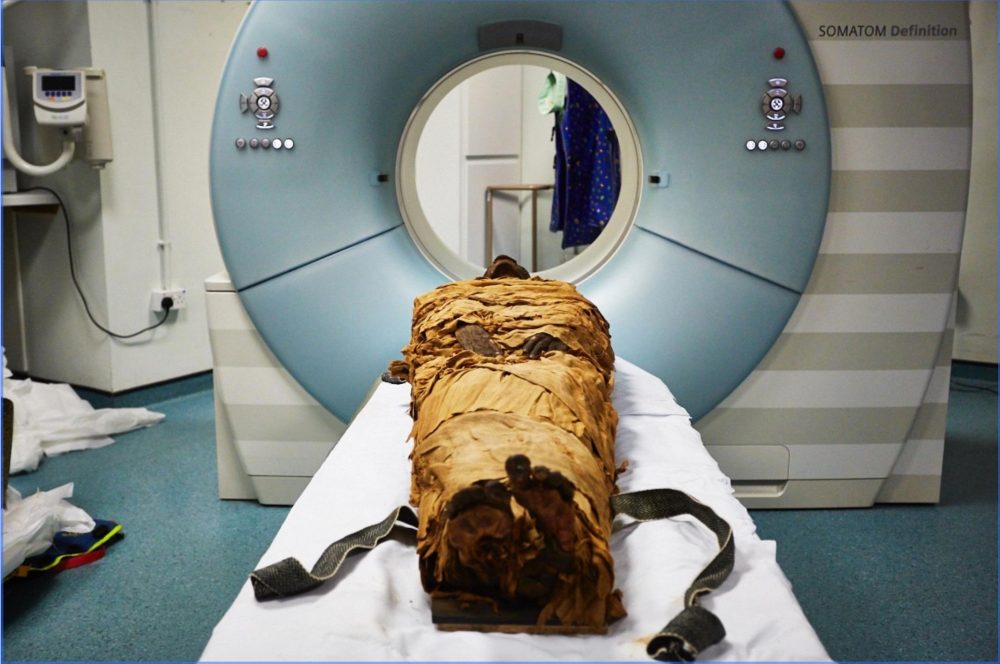 The mummified remains belong to an ancient Egyptian priest called Nesyamun, and scientists say that he would have been pleased with the recreation of his voice: "It is the fulfillment of his belief..."

What a day for science. Scientists have made an ancient Egyptian mummy talk.

A group of scientists has managed to accurately reproduce a voice that had not been heard for more than 3,000 years. By using state-of-the-art technology, researchers were able to hear the sound of an ancient Egyptian mummy, now resting in the Leeds City Museum in the United Kingdom

It is believed that Nesyamun worked as a scribe and priest in the Karnak temple in Thebes (now Luxor), so his voice is believed to have been one of his more important tools during his life. Due to his status in Egyptian society, he was mummified and buried in a sarcophagus.

Through the hieroglyph symbols inscribed on his sarcophagus, which convey his posthumous message, the priest asked that his soul receive eternal sustenance, that he could move freely and speak with the gods as he had done during his earthly life. Now, with the help of science, this 3,000-year-old man can speak again, from beyond the Earthly realm.

The study authors stated that Nesyamun would be pleased with this postmortem re-creation of his voice and that it was a “fulfillment of his belief” to have his voice heard in the afterlife.

Scientists scanned the mummy and created a three-dimensional model of his mouth and throat, which enabled them to create a 3D printed vocal tract.

With the help of a software called Vocal Tract Organ which provides a user-controllable artificial larynx and sound source, a vowel sound is synthesized which compares favorably with vowels of modern individuals, the researchers wrote in the study.

The researchers have explained that the accurate dimensions of an individual’s vocal tract generate a sound unique to them. If the tract dimensions can be accurately established, vocal sounds can be synthesized with the help of an electronic larynx sound source and a 3-D printed vocal tract.

At the moment, the sound scientists obtained is not something that can be understood – it is merely a sound. The scientists revealed the sound is a “fundamental frequency” of Nesyamun’s voice, which sounds somewhere between the word’s “bed” and “bad.”

However, despite the massive leap forwards, the process was tedious.

“Nesyamun’s vocal tract posture is not set for speaking any specific vowel; rather it is set appropriate for his burial position,” the researchers explained in Scientific Reports.

“In addition, his tongue has lost much of its muscle bulk, and his soft palate is missing.”

In the future, the researchers hope to create words and sentences. The latter will involve developing software that reproduces the size and movement of a person’s tongue, as well as the position of the jaw.

The combination of the different elements would allow approaching the new milestone. Previous attempts to reproduce an ancient voice were far off, with experts being able to only produce sounds approximate to them, by animating facial reconstructions with software.

However, Nesyamun’s voice was recreated on “an extant vocal tract preserved over three millennia,” the researchers wrote.