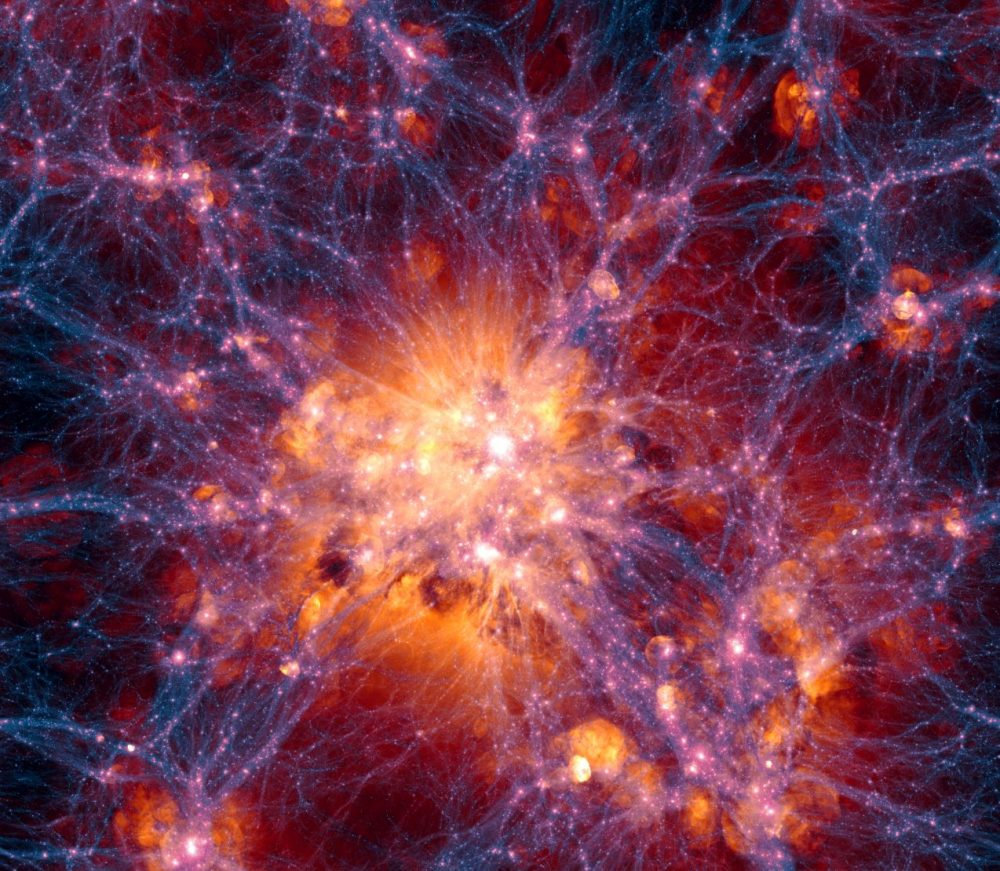 Everything we know about the universe needs to be questioned.

The “standard model” that describes the fundamental nature of the Universe is in need of an urgent revision after a set of new, precision distance measurements made with a conglomerate of international radio telescopes.

The obstacle is that the new measures increase an inconsistency between the previously measured values ​​of the Hubble constant and the value prognosticated by the model when applied to measurements of the cosmic microwave background by the Planck satellite.

“We found that galaxies are closer than predicted by the standard cosmology model, corroborating a problem identified in other types of distance measurements. It has been debated whether this problem lies in the model itself or in the measurements used to test it,” James Braatz, a researcher from the National Radio Astronomy Observatory (NRAO) said in a statement.

“Our work uses a distance measurement technique completely independent of all the others, and we reinforce the disparity between the measured and predicted values. The problem is likely to be the basic cosmological model involved in predictions,” Braatz added.

For the recent distance measurements, researchers used the Very Long Baseline Array (VLBA) of the National Science Foundation, the Very Large Array (VLA) of Karl G. Jansky, and the Robert C. Byrd Green Bank (GBT) Telescope, together with the Effelsberg telescope in Germany.

The team reported their latest results in Astrophysical Journal Letters.

Edwin Hubble first calculated the expansion rate of the Universe (the Hubble constant) in 1929 by measuring the distances to galaxies and their recession rates.

The more distant a galaxy is, the greater its rate of recession from Earth.

Today, the Hubble constant remains a fundamental property of observational cosmology and a focus of many modern studies.

Measuring the recession rates of galaxies is relatively straightforward. However, determining cosmic distances has been a difficult task for astronomers.

For objects in our own galaxy, the Milky Way, astronomers can obtain distances by measuring the apparent change in the object’s position when viewed from opposite sides of Earth’s orbit around the Sun, an effect called parallax.

The first measurement of a star’s parallax distance was in 1838.

Beyond our own galaxy, parallaxes are too small to measure, which is why astronomers have relied on objects called “standard candles.” In astronomy, standard candles are a class of astrophysical objects, such as supernovae or variable stars, which have known luminosity due to some characteristic quality possessed by the entire class of objects.

The distance to an object of known brightness can be determined based on how dark the object looks from Earth. Standard candles incorporate a class of stars called Cepheid variables and a particular type of stellar explosion named a Type Ia supernova.

Another method of calculating the expansion rate is to look at distant quasars whose light is bent by the gravitational effect of a close-up galaxy in multiple images. When the quasar fluctuates in brightness, the change appears in different images at different times. By measuring this time interval, together with calculations of the light bending geometry, an estimate of the rate of expansion is received.

Hubble constant determinations based on standard candles and quasars with gravitational lenses have provided figures of 73-74 kilometers per second (speed) per megaparsec (distance in units favored by astronomers).

However, the predictions of the Hubble constant from the standard cosmological model when applied to the measurements of the cosmic microwave background (CMB), the radiation left over from the Big Bang, produce a value of 67.4, a significant difference which worries astronomers.

This difference, which astronomers say is beyond experimental error in observations, has serious implications for the standard model of the Universe.

By combining their discoveries with previous distance measurements of two other galaxies, their calculations produced a value for the Hubble Constant of 73.9 kilometers per second per megaparsec.

“Our measurement of the Hubble Constant is very close to other recent measurements, and statistically very different from the predictions based on the CMB and the standard cosmological model. All indications are that the standard model needs revision,” explained Braatz.