Climate Change is becoming a problem we cannot longer ignore, pretending that it doesn’t exist.

Scientists have recently revealed that Climate Change has forced Greenlands gigantic, mile-thick Ice Sheet into ‘overdrive’. This raises a number of issues and threatens to increase global sea levels to catastrophic levels.

Melting Ice Sheets are dumping alarming amounts of melted ice into the oceans, and scientists have found that something like this has not been recorded for at least 400 years.

Ice melting into the oceans is likely to cause sea levels to rise dramatically, posing a catastrophic risk to the planet.

The new study has revealed that without action against climate change, mankind will see a number of problems arise in the near future. Experts warn that food shortages, floods and fires could become part of our everyday reality.

The amount of greenhouse gasses pumped into the atmosphere has increased since the beginning of the Industrial REvolution.

Sarah Das, a glaciologist at Woods Hole Oceanographic Institution in Massachusetts and co-author of the study explained that “From a historical perspective, today’s melt rates are off the charts, and this study provides the evidence to prove it.”

“We found a fifty percent increase in total ice sheet meltwater runoff versus the start of the industrial era and a 30% increase since the 20th century alone.”

Since much of Greenland’s ice remains frozen around the year, the cores extracted by experts give insight into past melting, dating as far as the seventeenth century.

What experts found was alarming.

They discovered that Greenland’s Ice began melting increasingly since the mid-19th century. It ramped up catastrophically during the 20th and early 21st centuries.

“Melting of the Greenland Ice Sheet has gone into overdrive. As a result, Greenland melt is adding to sea level more than any time during the last three and a half centuries, if not thousands of years,” said Luke Trusel, a glaciologist at Rowan University and lead author of the study.

“And increasing melt began around the same time as we started altering the atmosphere in the mid-1800s.”

Scientists Warn: Antarctica Could Turn Green due to Global Warming

2018 Was The Fourth Hottest Year On Record Confirms NASA 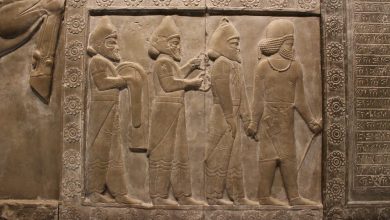 Antarctica’s Hidden World: Here’s What Antarctica Looks Like Beneath the Ice

Worrying: Scientists Say a Quarter of Antarctica is now Unstable