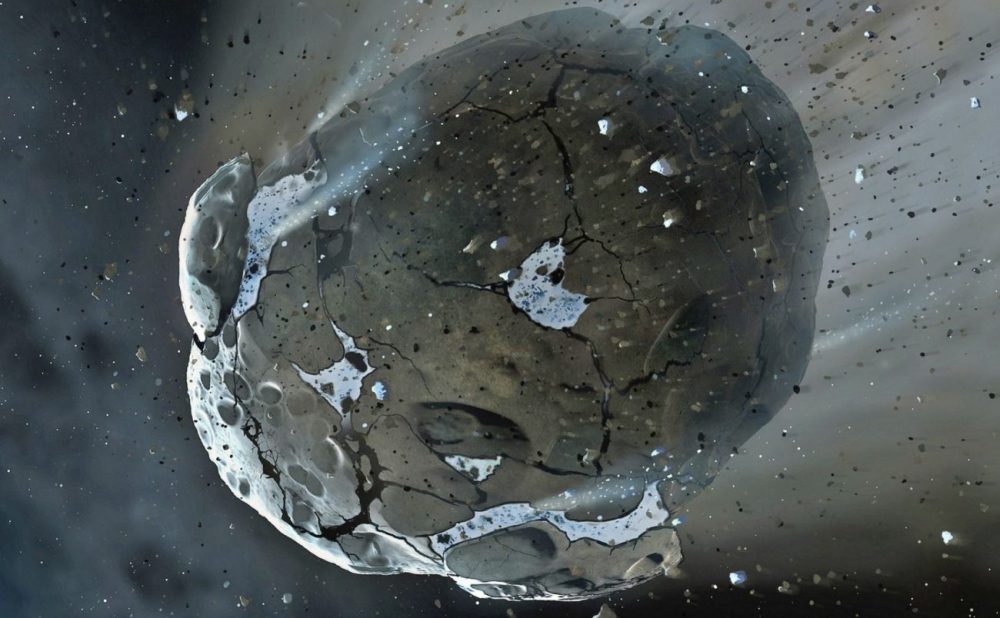 The Asteroid will pass so close to Earth that you won't need a telescope to see it in the sky.

The massive asteroid dubbed 99942 Apophis will pass unnervingly close to the planet in 2029.

In fact, astronomers say that the 340-meter wide asteroid will pass at a distance of 31,000 kilometers from the Earth, and we won’t be needing a telescope to spot it.

This is closer than close warns NASA, saying that despite the fact Apophis will zip pass Earth at a distance closer than some satellites orbiting our planet, the asteroid will not impact Earth in 2029, now in its next foreseeable close encounters.

And despite the fact that astronomers have ruled out a possible impact with Earth, the unique encounter will offer experts a unique, unprecedented opportunity to study such a massive asteroid up close.

Marina Brozović, a radar scientist at NASA’s Jet Propulsion Laboratory in Pasadena, California, explained that “The Apophis close approach in 2029 will be an incredible opportunity for science.”

“We’ll observe the asteroids with both optical and radar telescopes. With radar observations, we might be able to see surface details that are only a few meters in size.”

The asteroid is expected to make its closest approach to Earth around 18:00 EDT, when it will fly over the Atlantic Ocean on April 13, 2029.

but NASA notes that even before that, the massive space rock will be clearly visible in the sky.

The asteroid, dubbed ‘God of Chaos’ after the Egyptian God of Chaos Apep, will appear in the night sky from the southern hemisphere.

From there, it will reveal itself to skygazers on Australia’s East Coast.

It will travel westward to the equator in the afternoon, and cross over the United States by 19:00.

NASA argues that the asteroid will e traveling at great speed and that it will traverse to the entire width of the moon in less than one minute.

Despite the fact that initial calculations previously revealed the chance of a 2029 collision at 2.7 percent, scientists have now ruled out the possibility of an impact in the upcoming approach, estimate an impact risk at ‘less than 1 in 100,000 many decades from now.’

The Sentry Risk Table estimates that Apophis would make an atmospheric entry with 750 megatons of kinetic energy.

The impacts that created Meteor Crater or the Tunguska event are estimated to be in the 3–10 megaton range.

“By observing Apophis during its 2029 flyby, we will gain important scientific knowledge that could one day be used for planetary defense,” he added.