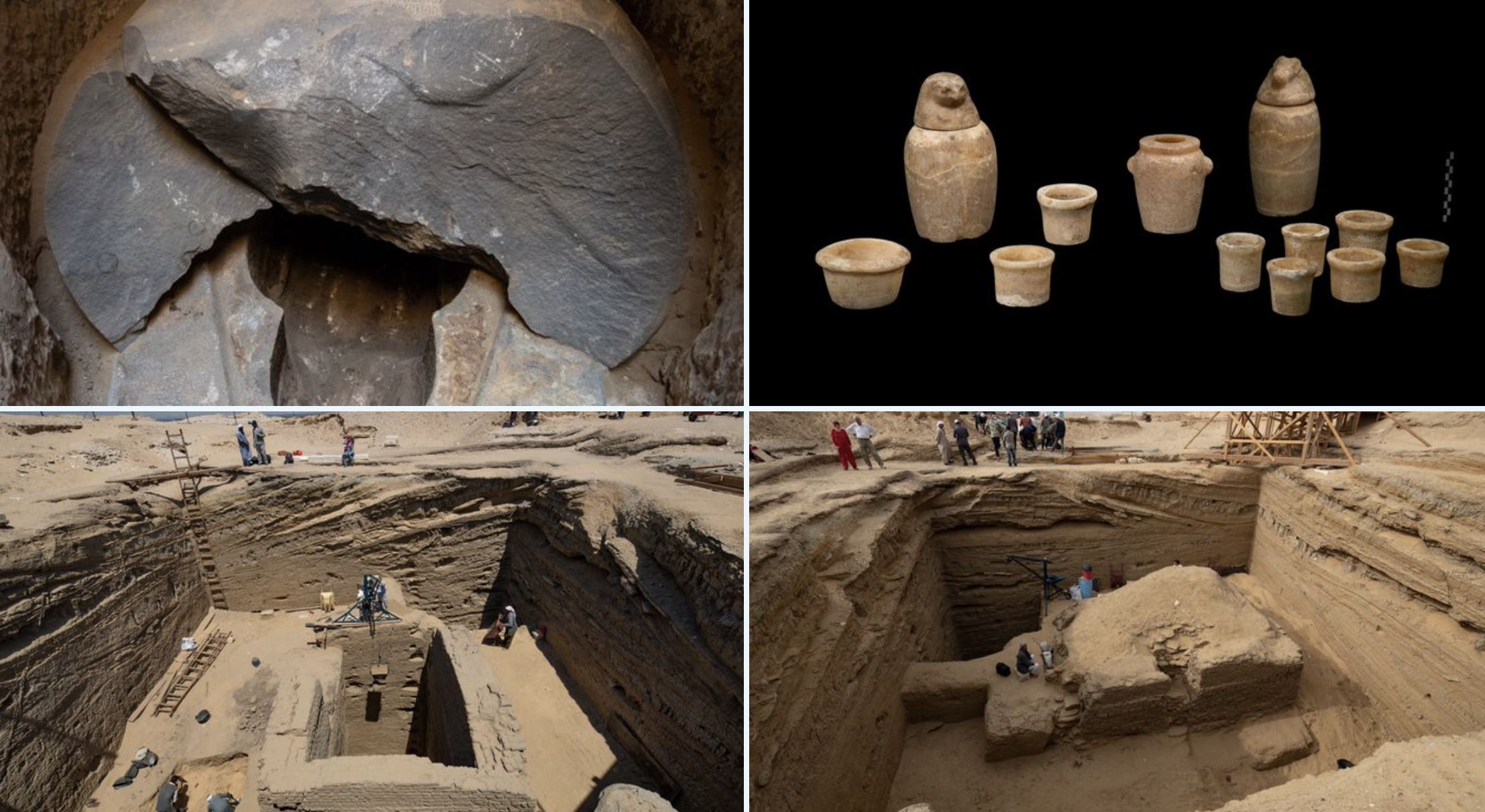 A secret tomb belonging to an important ancient Egyptian commander has been discovered by an archaeological mission from the Department of Egyptology at Charles University in Prague, not far from the Pyramids of Giza.

According to a statement from the Ministry of Tourism and Antiquities, an archaeological mission from the Department of Egyptology at Charles University in Prague – one of the oldest in Europe – has discovered the tomb of an ancient Egyptian military officer who commanded battalions made up of foreign soldiers.

The commander’s name was Wahibre merry Neith, who lived at the end of the 26th dynasty and the beginning of the 27th (approximately 500 B.C. ).

In Abusir, approximately 12 kilometers southeast of the Giza pyramids, the tomb was located near an embalming deposit found in February that also belonged to the official.

Located near the modern capital Cairo, Abusir was an extensive necropolis of the Old Kingdom period. A neighboring village in the Nile Valley also bears the same name, from which the site gets its name. Memphis’s ancient Egyptian capital city had several elite cemeteries, including Abusir, several kilometers north of Saqqara.

Narrow bridges connect the different parts of the tomb cut into the rock. Its main shaft was about 6 meters deep and covered an area of 14 square meters.

The Czech archeological mission in Egypt found the first proof of a time when globalization existed in the old world. A double casket of Wah-ib-Ra Mry Neith, leader of foreign soldiers, possibly dating back to the late 26th-early 27th dynasty, was found in Abu Sir, Giza. pic.twitter.com/nO1cacwwXE

However, as is the custom for ancient burial sites of the time, there was a smaller and deeper shaft in the middle of the main shaft that led to the double sarcophagus where Wahibre-merry-Neith lay.

One sarcophagus was found inside the other in the deepest shaft, which measures 6.5 x 3.3 meters and extends some 16 meters deeper into the sands.

In a statement, the ministry said the outer sarcophagus is made of two large white limestone slabs, while the inner coffin is made of basalt rock and has a fine-grained face that has been cracked.

There are inscriptions on the coffin describing the commander’s resurrection and journey to the afterlife, which were taken from the Book of the Dead.

Often found in tombs, the Book of the Dead is a collection of spells and magic formulas believed to protect and assist the deceased in the afterlife. These texts are believed to have been compiled and reedited during the 16th century BCE and include Coffin Texts dating from about 2000 BCE, Pyramid Texts dating from about 2400 BCE, and other writings. In addition, hymns to the sun god Re were included later in compilations.

Despite not finding the mummy, the excavators found two wooden boxes with 402 clay figures designed to serve the military after death. A limestone ostracon with religious texts inscribed was also found along with alabaster jars, ten cups, and ten alabaster jars.

The excavation marks a period of the beginning of Persian rule in Egypt, which began around 525 BC and lasted for a hundred years.