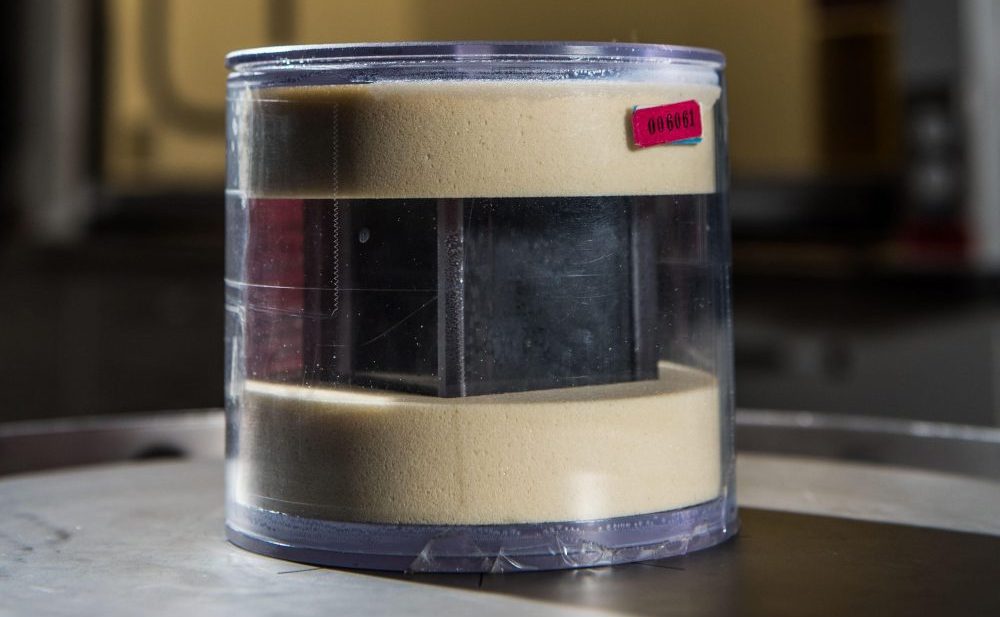 Scientists revealed new details about the uranium cubes used by Nazi scientists to create a nuclear reactor in 1945.

During World War II, Nazi scientists tried to create a nuclear bomb using two-inch uranium cubes as fuel. It is reliably known that at the end of the war, German scientists achieved certain successes, but did not have time to fully realize their plans. Allied forces intervened and the nuclear program had to be stopped. Many of the cubes were sent to the United States in due time, but most of them have since been lost.

A huge number of the 659 uranium cubes that were discovered hidden near a secret lab in the town of Haigerloch found their way to the United States after the war. However, the whereabouts of about a dozen remain known to this day.

Shipped to the US

They were probably brought into the United States for use in work on American nuclear weapons. Some, then, ended up in various scientific centers, institutions and even settled in private collections. One cube remained in the collection of the Pacific Northwest National Laboratory (PNNL) and has become subject to continuous studies in recent years.

Researchers have created new nuclear forensic techniques that allow them to accurately determine the age and origin of uranium cubes.

It should be noted that numerous people have claimed that the cubes were artifacts of WW2 and were used for nuclear experiments but until now, there has not been official experimentation to confirm these claims.

Researchers note that it is not only the cubes themselves that are important. This method could, in the future, be used for combating the illicit trafficking of radioactive materials.

With the help of the cube, they could develop appropriate training for border guards and customs officers. To achieve these goals, scientists had to adapt the already known method of radio chronometry and supplement it with research that could improve the accuracy of the analysis.

It should be noted that there were multiple scientific teams that worked on the nuclear project during WW2. The two most successful groups were led by Werner Heisenberg and Kurt Diebner. Researchers now claim that they can link each cube to the exact team that created it.

Coating of the uranium cubes

Heisenberg’s and Deibner’s research groups used different coatings for their uranium cubes. Analysis showed that the cube under research had styrene coating which points towards Diebner’s team. Heisenberg’s scientists used cyanide-based coating. However, it should be mentioned that both groups exchanged uranium cubes throughout the years of work.

Heisenberg’s attempted design (unsuccessful, fortunately) hoped to create plutonium by inciting uranium submerged in heavy water. The test reactor had the cubes hung from cables under the water.

Fortunately, Allied forces discovered the lab on time and confiscated the entire inventory. Sadly, most of what was taken has since been lost. From time to time, people find uranium cubes in the most unexpected places like a drawer in New Jersey, for example. The cube that is being studied by the PNNL, for instance, was received as a gift but its point of origin remains unknown.