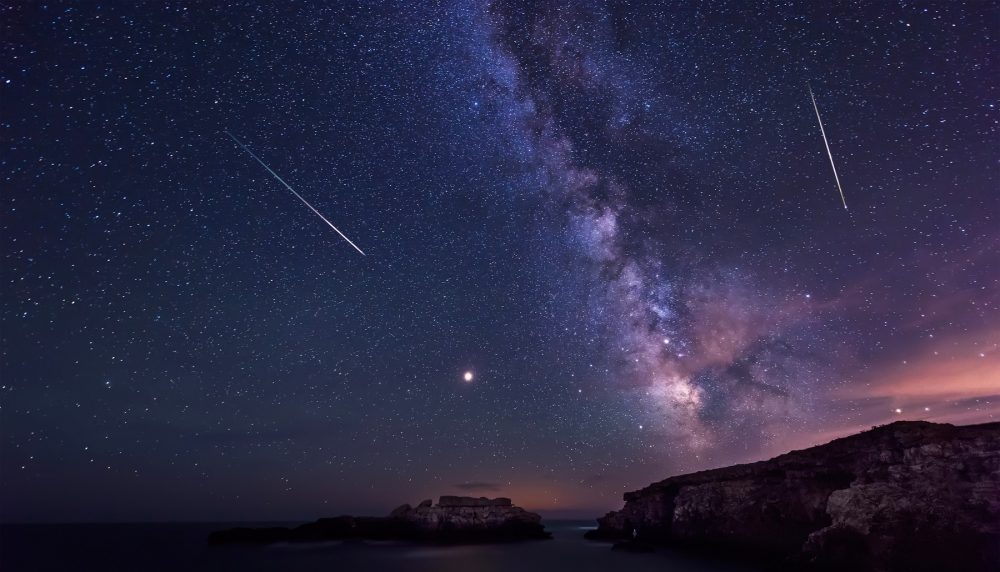 It is one of the oldest known meteor showers in history, observed for 2,700 years.

To help us deal with the quarantine caused by the COVIC-19 coronavirus, we will be able to enjoy a meteor shower that is expected to “light up the night sky” in the next few days.

Shooting stars are set to invade the skies as we are up for the Lyrid meteor shower which is expected to peak on Wednesday, April 22, when the most number of falling stars will become visible to observers from Earth.

Although the meteor shower has “officially” already started last Thursday (April 16, 2020) the shooting star extravaganca is set to continue for at least 10 days, peaking later Tuesday into Wednesday morning, as revealed by the Griffith Observatory. This means that if you want to catch the best view of the meteor shower, wake up early in the morning, around an hour or two before dawn, since that’s the best time to see the shooting stars.

“Compared to other meteor showers, the Lyrids tend to produce bright meteors and an occasional fireball,” explained Robert Lunsford of the American Meteor Society.

From April 20 to April 23, the Lyrid Meteor Shower is expected to produce between 15 to 20 shooting stars per hour. On the peak night, however, experts say that we would witness as many as one hundred shooing starts in one hour. However, astronomers believe that this year, we could see a reduced number of shooting stars. The meteor shower will be visible across the planet, but best across the Northern Hemisphere.

The shooting stars set to light up the night sky are in fact debris from the comet C/1861 G1 (Thatcher). The comet orbits our Sun every 415.5, years which means that the comet will come around next time in the year 2280. The shooting stars Earth will now witness is caused by out planet moving into a cloud of debris from an earlier visit by the comet.

According to astronomers, the most recent journey of comet Thatcher through the inner solar system was in 1861, and we are still picking up its fragments to date. Some of the debris from comet are expected to crash into our atmosphere at a speed of 27 miles (43 kilometers) per second.

As revealed by NASA, the Lyrids are one of the oldest known meteor showers: they have been observed for 2,700 years. (The first recorded sighting of a Lyrid meteor shower goes back to 687 BC by the Chinese.)

To catch the meteor shower, download a skywatching app for your smartphone and point it at the Lyrid, near the constellation Lyra, which has bright star Vega in the east. It will take some time to get used to the dark, so make sure you grab a blanket. Sit or lay down and look at the sky. The human eye takes some time getting used to the dark of the night, but keep observing the night sky for around 30 minutes and you can expect to start seeing the shooting stars light up the sky.