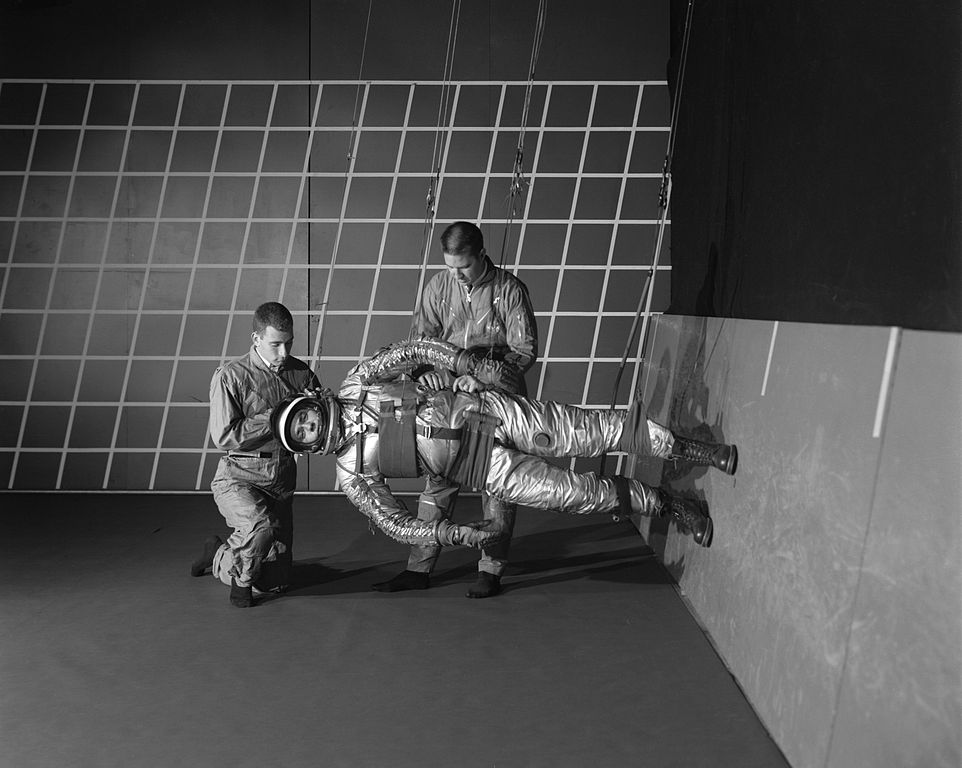 How did the Apollo 11 crew prepare for their historical moon landing? What did the training program include?

Astronauts who took part in a Moon landing mission in the past and all in the future should manage lower gravity – about 1/6 of what we feel on Earth. One of the ways NASA is trying to reproduce this feeling is through a device nicely called the Reduced Gravity Walking Simulator, which you see in the main picture above.

The system requires astronauts to be hung in a horizontal position on ropes like thread puppets at the bottom of a long pendulum, which is designed so that the almost vertical “floor” supports one-sixth of their weight.

As astronauts walk, jump, and run, researchers can study factors such as their speed, how they use their energy, and fatigue levels. The test subject here works in an almost full spacesuit so that engineers can learn more about the challenges of space mobility and the limitations of motion, which helps them design costumes to prevent astronauts from overheating on the moon. This is how the people of Apollo’s missions trained before they flew into space.

Neil Armstrong and Buzz Aldrin were to spend about two and a half hours on the lunar surface during their moon landing with Apollo 11, every minute of which was meticulously planned. In April 1969 – three months before their trip to the moon – the astronauts put on their heavy spacesuits and did a dress rehearsal.

On an artificial lunar surface, they drove the American flag, practiced collecting samples from rocks and soil, and determined how and where they will deploy scientific instruments such as the passive seismic sensor designed to detect lunar tremors. They also practiced descending the lunar module ladder, with Armstrong rehearsing his famous “small step” on the moon’s surface.

One of the great ironies of Apollo-era space flight is that astronauts, all expert pilots, returned to Earth in a capsule over which they had very little control as a direction. This means that in the event of an emergency or error, the mission may land far from its destination in the ocean, perhaps even in one of the world’s deserts.

To prepare for such an opportunity, astronauts were studying methods of survival in the desert. Although they have some reserves in the capsule, they have also been taught how to survive in the water and how to use whatever materials they have to make shelter.

Getting Back To Earth After a Moon Landing – Gulf of Mexico

Each Apollo mission ended with a turbulent landing when an Earth-bound capsule parachutes onto the surface of the ocean. This is simply the easiest way to terminate a space flight at the time (and it is still, at least until recently, SpaceX and NASA used this method for their Dragon and Orion missions).

This means that astronauts must learn how to safely get out of the capsule while it is in the water. They need a lot of practice before that because when it comes to the real situation, they would come out of an 11-minute painful fall through the Earth’s atmosphere.

First, astronauts trained in pools where they can easily emerge from the spacecraft. Then, they moved to the ocean, where the waves and weather make things more challenging. There, the Apollo 11 crew was training to get out of a model spacecraft in the Gulf of Mexico. Over time, the astronauts got used to being transferred from the capsule to the life raft, from where they were to be transferred to a helicopter and delivered to a safe place on an aircraft carrier.

This extraterrestrial scaffolding is the Lunar Research Vehicle (LLRV), a device that closely resembles the lunar module used to transport astronauts to the surface of the moon. Designed to mimic the feel and movement of a vertical landing on the moon, the LLRV was more than a cockpit mounted above a large engine.

Sixteen small missiles provided directional control, while the main engine provided enough thrust to make the pilot feel like he is flying in low gravity.

NASA introduced this excellent simulator into training, but the vehicle was not without problems. During a trial in May 1968, Armstrong ran into difficulties and was forced to eject before the LLRV crashed and caught fire. Fortunately, he remained unharmed, and NASA made an improved version of the Lunar Landing Training Vehicle (LLTV), and flight operations resumed shortly thereafter.

Each Apollo spacecraft – made up of the command and control module and the lunar module – was flying for the first time on its lunar mission. This means that the Apollo 11 crew had limited time to train in the actual modules, and had to use different simulators.

These specialized vehicles were designed to mimic the actual flight conditions as closely as possible. For example, when an astronaut actuates the propulsion engine, the readings in the simulator respond accordingly, visual signals in the windows simulate the spacecraft’s movement in space, and the hydraulic systems simulate the ship’s physical motion.

There are many such simulators in NASA’s main centers that astronauts are trained in. The challenge for engineers is to update them when changes are made to real modules. But they still succeeded and eventually prepared Apollo’s crews for their lunar missions and historical moon landings.

• Little, B. (2019, July 16). See Photos of How Astronauts Trained for the Apollo Moon Missions. Retrieved December 06, 2020, from https://www.history.com/news/moon-landing-apollo-11-training-photos 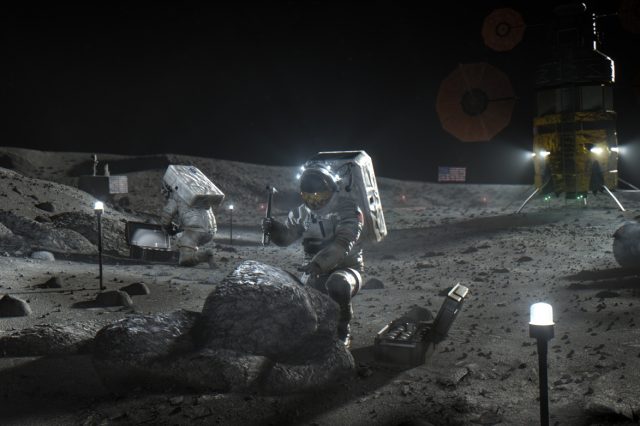 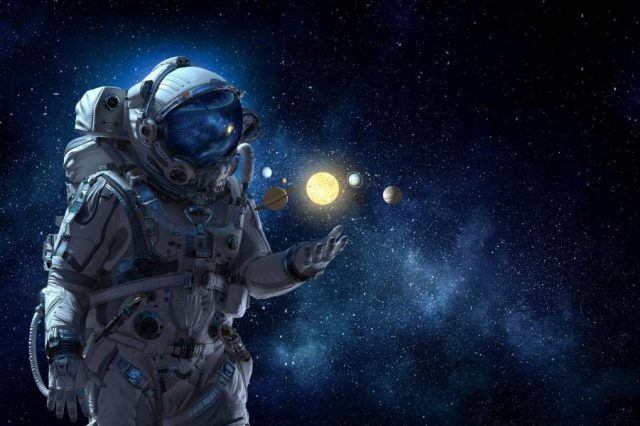