It’s no surprise that when it snows in the desert, it is a sight worth seeing, and probably photographing.

Rare snow in places like the Arizona Desert has created beautiful scenes, and people did not hesitate to go online and show off their photographs of this stunning occasion.

After, all, it is not every day that you see snowfall in the Grand Canyon. But when it does decide to fall, the scenes are breathtaking.

People turned to Twitter to show off the stunning images (and Videos) they’ve captured as snow covered the landscape from Arizona to New Mexico, making the already beautiful southwest look even more stunning.

According to experts, seeing snow in these parts of the United States is not something you see every day, but despite these, it’s not unheard of.

Snowfall has been recorded in the desert around the world. From the Sahara to the Atacama desert in Chile, there have been several occasions when snowfall altered the arid landscape producing a stunning view.

As reported by the Washington Post, in Tucson, where snow is rare, 0.4 inches fell Tuesday, as much as Washington, Baltimore, Philadelphia, New Yor, and Boston combined since Dec. 1.

Snow – in the Grand Canyon of USA
New Years kicks off to a neat start 2019 pic.twitter.com/uGmhAo4k8w

Another look at the snow this morning in Saguaro National Park. Such a beautiful scene! #azwx pic.twitter.com/bkkIdK8Dkr

Snow in the Sonoran Desert is such a beautiful and otherworldly sight. #tucson #arizona #sonorandesert #snow pic.twitter.com/2FgQBCtaM1 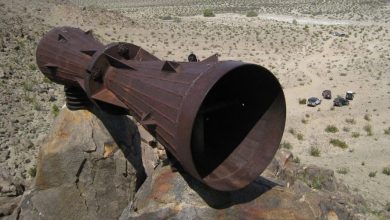 A Mystery in the Desert: The Massive Mojave ‘Megaphone’

Evidence of Human Occupation in the Rockies Found Dating Back 9,000 Years

Scientists Find Sand Dunes Can “Communicate” Between Each Other

Scientists Invent Device that Extracts Water from the Desert Air