Scientists published new results of the analysis of observational data from the station and descent vehicles that studied asteroid Ryugu and samples of its soil delivered to Earth.

It turned out that the properties of the collected soil are similar to the regolith of the asteroid, and the regolith itself is characterized by weak adhesion to larger cobblestones and less strength than that of chondrites.

The importance of asteroid studies

The Hayabusa-2 automatic station investigated the C-class near-Earth asteroid (162173) Ryugu not only from orbit but also obtained two soil samples (from the surface and from the subsurface layer of the asteroid), which were delivered to Earth in December 2020.

The study of such bodies is extremely important for planetary science, as it makes it possible to understand the processes that took place in the early solar system and to find out the ways of supplying water and organic substances to the Earth.

In particular, the data collected by the modules and the station have already made it possible to establish that the soil particles are very porous, which was confirmed by laboratory studies. It also revealed the reddening of the Ryugu surface material due to space weathering, the absence of fine regolith, and the presence of hydrated silicates formed with the participation of liquid water.

Scientists compared the regolith and soil samples from asteroid Ryugu

A team of planetary scientists led by Shogo Tachibana of the University of Tokyo has published new results from an analysis of images of the surface of Ryugu taken by Hayabusa-2 during sampling operations and by landers during work on the surface of an asteroid, as well as the results of laboratory studies of particle morphology of soil delivered to Earth.

Thus, the scientists wanted to compare the characteristics of the regolith lying on the surface of the asteroid with the soil, which was collected from the near-surface layer of the asteroid.

After studying the images taken by the station, scientists came to the conclusion that the agglomerates of small particles that covered the boulders in the area of ​​​​the second soil collection site were indeed ejected from the near-surface layer up to one meter deep during the formation of a man-made impact crater.

Particle size ranges from one millimeter to several decimetres, with half of the particles collected by the station coming from less than 1.5 millimeters below the surface. Both sampling sites are covered with boulders of two types (smooth and uneven surfaces) and pebbles.

The researchers also determined that during the jumps of the descent modules on the surface of Ryugu and the moments of shots at the asteroid with tantalum bullets, particles with a diameter of 0.5–1 cm were observed to fly apart at speeds of 1–2 meters per second.

This suggests that centimeter-sized pebbles on the asteroid’s surface have little adhesion to larger cobblestones and boulders. At the same time, the tensile strength of pebbles is much lower than that of typical chondrites.

The total mass of Ryugu particles ejected from the surface during the first sampling of soil is estimated at 20-200 grams, of which only half a percent fell into the sampler. The morphology of scattered soil fragments coincides with the morphology of boulders – rough particles and particles with smooth edges.

All soil particles appear black, the largest grains from chamber A (from the Ryugu surface) are 5 millimeters in size, and in chamber C there are three pebbles larger than 5 millimeters, of which the largest was characterized by size of 10.3 millimeters. Possibly, chamber C contains fragments of a large stone.

Chamber B, which was not used for any of the sampling operations and is located between chambers A and C, contains only a small amount of fine particles (less than 1 mm in size), which supports the idea that there was no mixing of particles, but pebbles and sand in chambers A and C are the samples obtained during the first and second sampling operations, respectively.

The collected Ryugu soil particles are grains with a rough and smooth surface, many of them showing curved and straight cracks, which are associated with microporosity, microcracks, or impact or thermal fatigue. The color, shape, surface morphology, and structure of the collected soil samples are similar to the observations from the station and landers, which means that these samples really reflect the evolution of Ryugu. 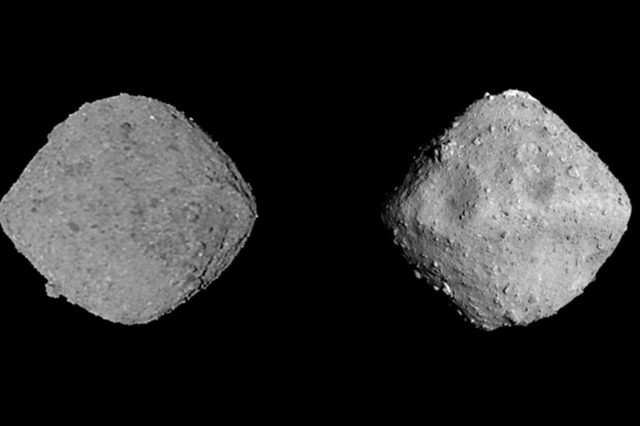 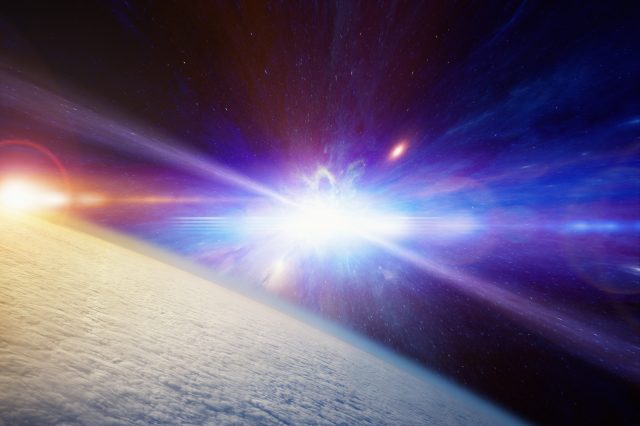