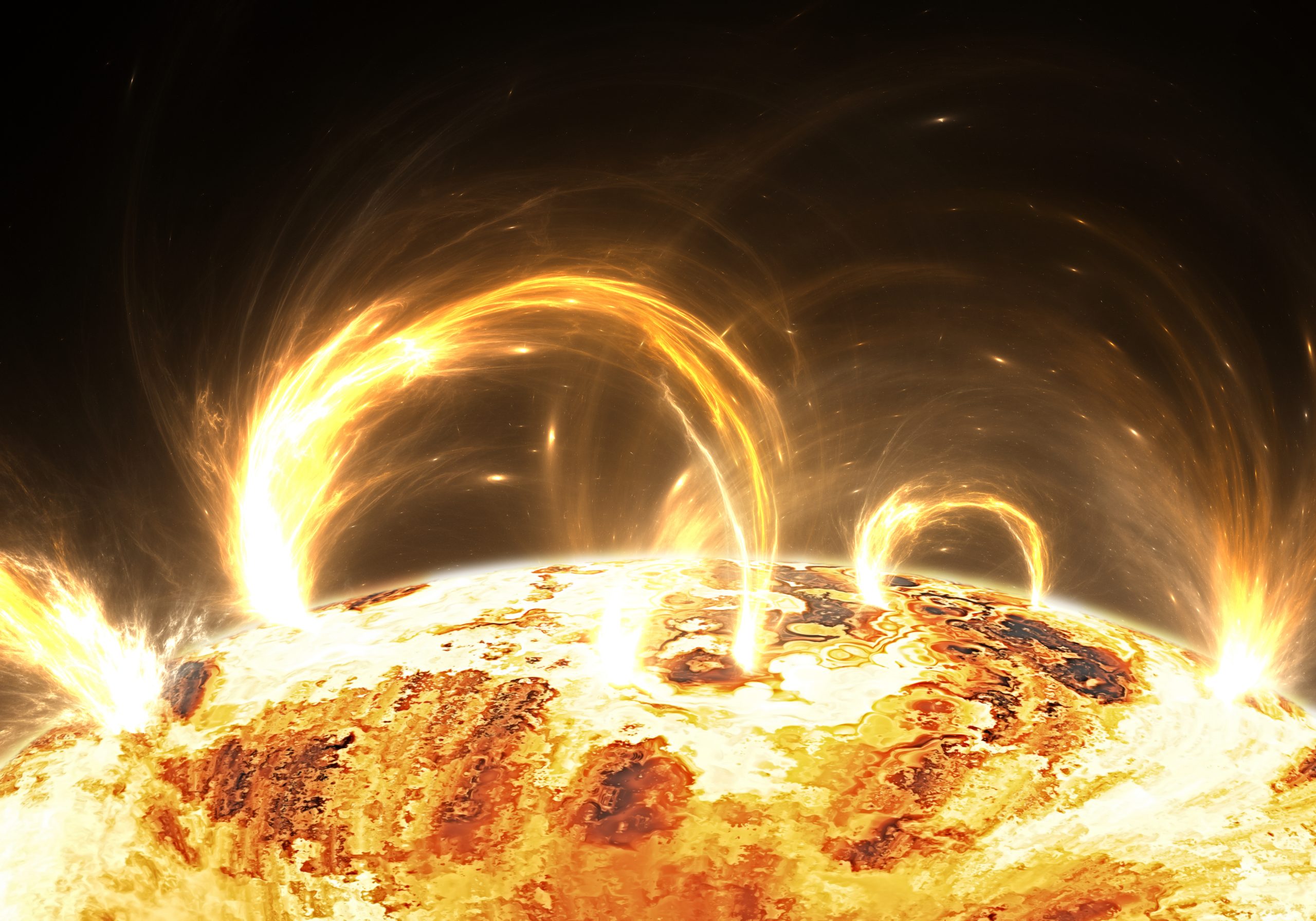 ESA/NASA's Solar Orbiter spacecraft has discovered compelling about how Solar magnetic switchbacks form and how they affect solar wind and our solar system in general.

The Solar Orbiter mission has found compelling clues about where the Sun’s magnetic whips come from, as well as the mechanism that allows them to form.

A solar switchback is known as a sudden and large deflection of the magnetic field of the solar wind, and it has been observed with the Solar Orbiter (SO) for the first time. It confirms the structure’s S-shaped character, as predicted, with the new observation providing a full view. Additionally, Solar Orbiter data supports the hypothesis that these rapidly changing magnetic fields are probably originating near the sun’s surface.

Although several spacecraft have passed through these puzzling regions before, in situ measurements are limited to a single point and time. As a result, the plasma and magnetic field properties at one point must be used to determine the structure and shape of the switchback.

A sudden reversal of the Sun’s magnetic field was detected by the German-US Helios 1 and 2 probes during their close approach to the Sun in the mid-1970s. Whenever the magnetic field changed directions, it was always abrupt and temporary, lasting a few seconds to several hours before reversing.

Late in the 1990s, the Ulysses spacecraft investigated magnetic structures at much greater distances from the Sun. In contrast to Helios missions that passed within a third of the Earth’s orbit, Ulysses operated mostly outside the orbit of the Earth.

The number of these objects has increased dramatically since NASA’s Parker Solar Probe arrived in 2018. Thus, the magnetic field appeared to be more susceptible to sudden reversals closer to the Sun, suggesting that they were caused by kinks that resemble S-shaped structured. Switchbacks are named for their puzzling behavior. Several ideas were offered as to how they might develop.

Solar Orbiter’s Metis instrument was collecting data just a day before it passed close to the Sun on 25 March 2022 – bringing it within the orbit of Mercury. Using Metis, we can see the Sun’s outer atmosphere, called the corona, without the bright glare of its surface. Solar corona particles follow the magnetic field lines of the Sun out into space and are electrically charged. A plasma is composed of electrically charged particles.

The solar corona was distorted in an S-shaped pattern in a Metis image taken at around 20:39 UT. The anomaly looked suspiciously like a solar switchback to Daniele Telloni of the National Institute for Astrophysics in Torino, Italy.

He observed that the candidate switchback was taking place above the active region AR 12972 in a comparison between the visible light Metis image and the UV image taken by the EUI instrument on Solar Orbiter. Magnetic activity and sunspots are associated with active regions. Using the Metis data, it was determined that the plasma above this region was moving very slowly, which is expected in active regions that have not released energy yet.

As Daniele reflected on the explanation, he thought this had similarities with a proposed by Prof. Gary Zank, the University of Alabama in Huntsville, USA, on the concept of switchbacks. The theory examined the interaction between different magnetic regions near the surface of the Sun.

There are open and closed magnetic field lines close to the Sun and particularly above active regions. In closed lines, magnetism coils around and disappears back into the Sun as they step up into the solar atmosphere. The solar wind tends to be slow above these field lines because very little plasma can escape into space. On the other hand, open field lines emanate from the Sun and connect with the magnetic field of the solar system. As a result, they provide a free flow of plasma, which is responsible for the solar wind’s speed, essentially acting as a cosmic highway.

Daniele and Gary proved that switchbacks occur when there is an interaction between a region of open field lines and a region of closed field lines. As the field lines crowd together, they can reconnect into more stable configurations. Rather like cracking a whip, this releases energy and sets an S-shaped disturbance traveling off into space, which a passing spacecraft would record as a switchback.

In his theory for the origin of switchbacks, Gary Zank states: “When Daniele showed me the first image from Metis, I instantly remembered the cartoons we had created while developing the switchback mathematical model.” It was important to temper our enthusiasm with the first image until we had extracted temporal information from the Metis coverage and done a more detailed spectral analysis of the images themselves using the excellent Metis coverage, he explained. “The results proved to be absolutely spectacular!”

They constructed a computer model of the behavior with the help of other researchers, and the results looked strikingly similar to the image of Metis, especially after taking into account how the structure would elongate as it propagated through the solar corona.

Daniele says that the first image of a magnetic switchback in the solar corona has shed light on their origin.

On 13 October, Solar Orbiter will again pass close to the Sun, at 0.29 times Earth-Sun distance, within the orbit of Mercury. Solar Orbiter performed a gravity assist flyby at Venus on 4 September, enabling the spacecraft to adjust its orbit around the Sun. This is the first of a series of Venus flybys that will allow Solar Orbiter to access higher latitude – more polar – regions of the Sun.

The paper describing the find appears in The Astrophysical Journal Letters.