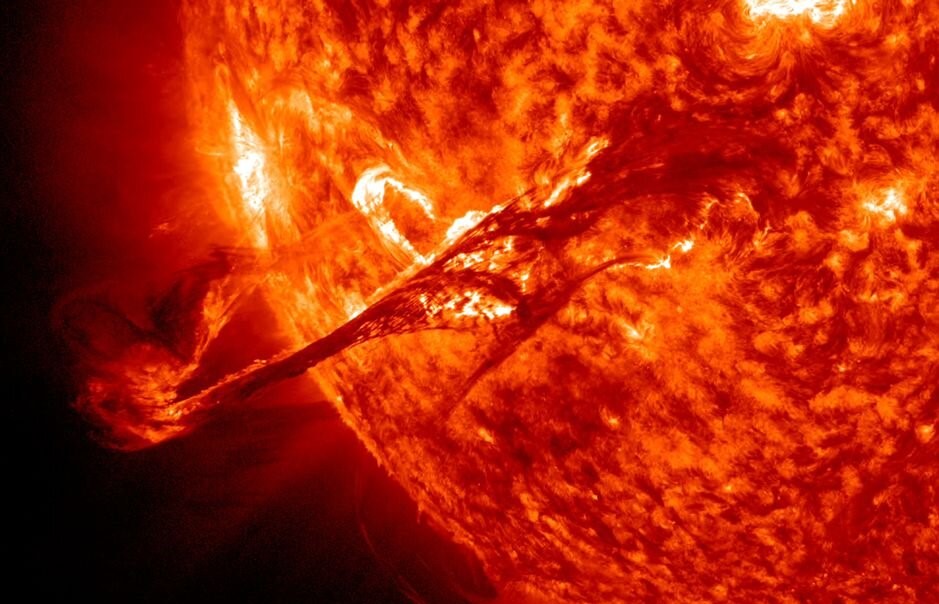 Scientists predict that the material of the flares will reach the Earth in the late evening of May 25.

Ground-based and space telescopes recorded possibly the largest surge in solar activity in recent years – within two days, the spot AR2824 produced 17 flares. It is assumed that the plasma ejected during the flares will reach the Earth on the evening of May 25 and provoke a moderate magnetic storm.

Oscillations in the number of sunspots on the solar disk are the most noticeable manifestation of the cycle of activity of the star.

People have noticed the spots themselves since antiquity, astronomers began to observe them regularly in the 16th century, but it was not until 1843 that Rudolf Wolf discovered an 11-year cycle.

He was able to restore this cyclic sequence until the middle of the 18th century, until 1749, which was assigned the number 1.

A large number of sunspots are accompanied by other manifestations of solar activity: X-ray flares, coronal mass ejections, coronal holes. These phenomena lead to disturbances in the solar wind, which in turn affects the Earth’s magnetic field, giving rise to geomagnetic storms and auroras.

1. The latest solar cycle began in mid-2020, and the activity of our star began to grow for the 25th time since the beginning of observations in the 18th century.

2. It manifests itself in the form of the appearance of groups of sunspots, which become sources of flares of different intensities, as well as coronal mass ejections, X-ray flares, and coronal holes.

3. Continuous monitoring of activity is important for correct space weather forecasting, on which the normal operation of unmanned spacecraft depends, as well as for ensuring the safety of astronauts during future manned flights to the Moon and Mars.

Loving this video from NASA's SDO, the sun has woken from its slumber and at the weekend sunspot AR2824 sent out 2 large flares and 10 smaller ones, as they reach Earth on Wednesday there may be aurora. #astronomy #watchingthesun pic.twitter.com/AJHASLjzSu

4. On May 22-23, sunspot AR2824, which is now located almost in the center of the solar disk, generated a number of flares. Over 24 hours of observation, the SDO space observatory recorded 10 C-class flares and 2 M-class flares, while both spacecraft and ground observers recorded plasma emissions during the flares.

5. In total, 17 flares were detected in two days – it is assumed that this is the largest surge in solar activity in recent years.

6. During one of the M1.4 class flares, which occurred on the evening of May 22, ground-based telescopes recorded a very powerful burst of radio emission.

7. It was classified as a mixture of radio bursts of the second and fourth types, which are generated by shock waves and streams of electrons moving in the solar atmosphere after strong flares.

8. Based on models of the propagation of plasma ejections in the inner solar system, scientists predict that the material of the flares will reach the Earth in the late evening of May 25.

9. The associated magnetic storm can last for several hours, causing auroras, but will not exceed the second level on a five-point scale.

10. This is due to the fact that the flares themselves are still not too strong, in addition, the direction of the plasma ejection was slightly shifted from the direction to the Earth. 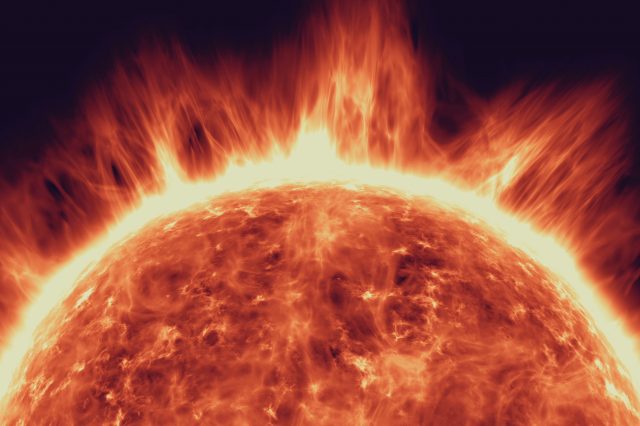 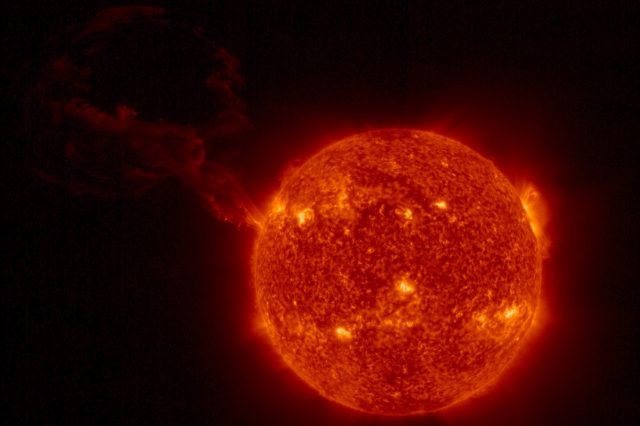 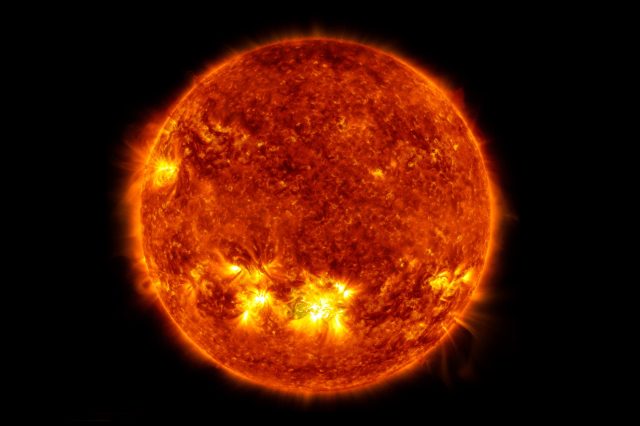 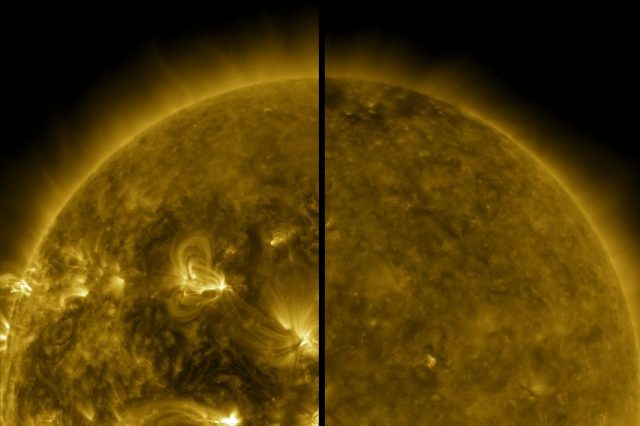