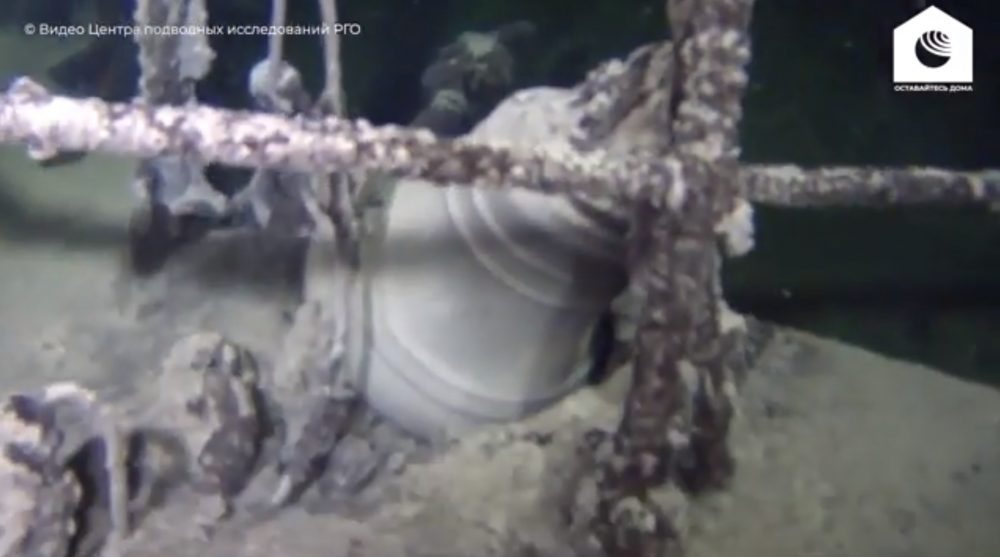 The vessel was a hospital ship that was transporting medical staff and the wounded during World War II.

According to the Russian Graphic Society (SGR), the shipwreck of the Soviet hospital ship “Armenia” was found in the Black Sea, 15 miles away from the Crimean coast.

The hospital ship was sunk by German aviation in 1941 in the Black Sea, 15 miles off the Crimean coast, and at a depth of around 1,500 meters. As revealed by RIA Novosti, it is estimated that anywhere between 5,000 and 7,000 people were killed during the sinking, which makes this tragic event one of the deadliest maritime disasters in history. Reports suggest that no more than eight people survived the sinking.

The tragic faith of the hospital ship Armenia

The vessel had set sail on the night of 6/7 November 1941 from Sevastopol where it took on thousands of passengers. Entire hospital staff and families were taken aboard together with thousands of wounded. The ship was meant to sail to the town to Tuapse, located some 400 kilometers away, on the northeastern shore of the Black Sea.

Having set sail, it was given orders to sail to Yalta, a few kilometers from Sevastopol where the already overloaded ship was ordered to take on even more passengers. The captain of the ship did as ordered. After waiting for an escort, the ship is thought to have left at 07:00, accompanied by two armed vessels and two fighter planes which were meant to protect the vessel all the way until it reached its destination. The ship never made it.

According to the Russian Geographical Society, the wreckage of the hospital sheep stands on an “even keel as a single fragment.”

Video footage shows the wreckage covered in silt, but does not display any obvious holes or any damage associate with it being sunk by torpedoes, which questions the original story that the vessel was destroyed after a Heinkel He 111 medium bomber of 1.Staffel (Lufttorpedo)/KG 28 dropped two torpedoes into the water. One torpedo is thought to have missed the ship, while the other one is said to have scored a direct hit, causing the vessel to sink in under five minutes.

The Russian Geographical Society has explained that superstructures and decks of the ship have extensive damage and traces of great destruction: railings and other elements of the upper parts of the ship are torn apart and turned outwards. This, according to reports, suggests that the ship suffered extensive explosions, most likely due to air bombs, and not torpedoes as initially suggested.

The exact location of the shipwreck had remained a mystery with efforts to find it has been in motion for over two decades. During this time, more than 300 square kilometers of seabed have been explored.

Now, the search was carried out with help of the Russian Ministry of Defense, and to help identify the vessel, specialists from the Center for Underwater Research of the Russian Geographical Society joined the search.

The ship was built in Leningrad in 1928. However, it was rebuilt in 1941 in Odessa in order to serve as a hospital ship with a capacity of just under 1,000 passengers. During the Second World War, it served as transport for injured soldiers, civilians, and medical supplies.