SpaceX’s Crew Dragon spacecraft has just docked at the International Space Station leading the way to fly astronauts into space from U.S. soil, and American-made Spacecraft.

The Crew Dragon spacecraft docked at the ISS at 5.51am Eastern time (10.51am UTC) today, Sunday, March 3, becoming the first ‘commercial crew’ vehicle to ever reach the space station.

The @SpaceX Crew Dragon is attached to the @Space_Station! It's a first for a commercially built & operated spacecraft designed for crew! #LaunchAmerica pic.twitter.com/ddck58TVnP

As you are reading this, both the ISS and the docked spacecraft are orbiting our planet at an altitude of more than 410 kilometers above Earth’s surface.

“Congratulations to all the teams on a successful docking,” NASA astronaut Anne McClain radioed Mission Control from aboard the space station.

And now is the time to get excited.

As the Dragon Crew docked, massive rounds of applause broke out over at SpaceX’s control center in California.

For the next vide days, the brand-new spacecraft will remain docked at the station before performing a parachute-aided splashdown in the Atlantic Ocean on Friday morning (March 8).

Demo-1, as the mission is called, has the unique goal to demonstrate the capability of the Crew Dragon spacecraft, and prove it can safely transport astronauts to and from the International Space Station.

As explained by experts, the spacecraft’s docking procedure was led by NASA, while the spacecraft itself flew autonomously towards the space station.

As the spacecraft was making its way towards the ISS, cameras recorded Crew Dragon as it gently opened its hatch allowing it to dock with the space station.

You can follow the spacecraft’s journey in space live via the SpaceX webcast.

An upcoming crewed mission, Demonstration Mission 2, is scheduled for July. 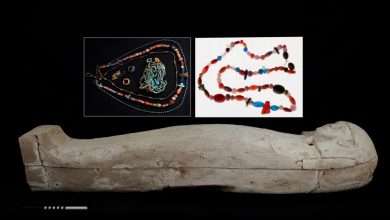 Researchers Find a 2,624-Year-Old Tree in America, Growing in a Swamp

3 Things We Got Essentially Wrong About the Ancient Egyptian Pyramids