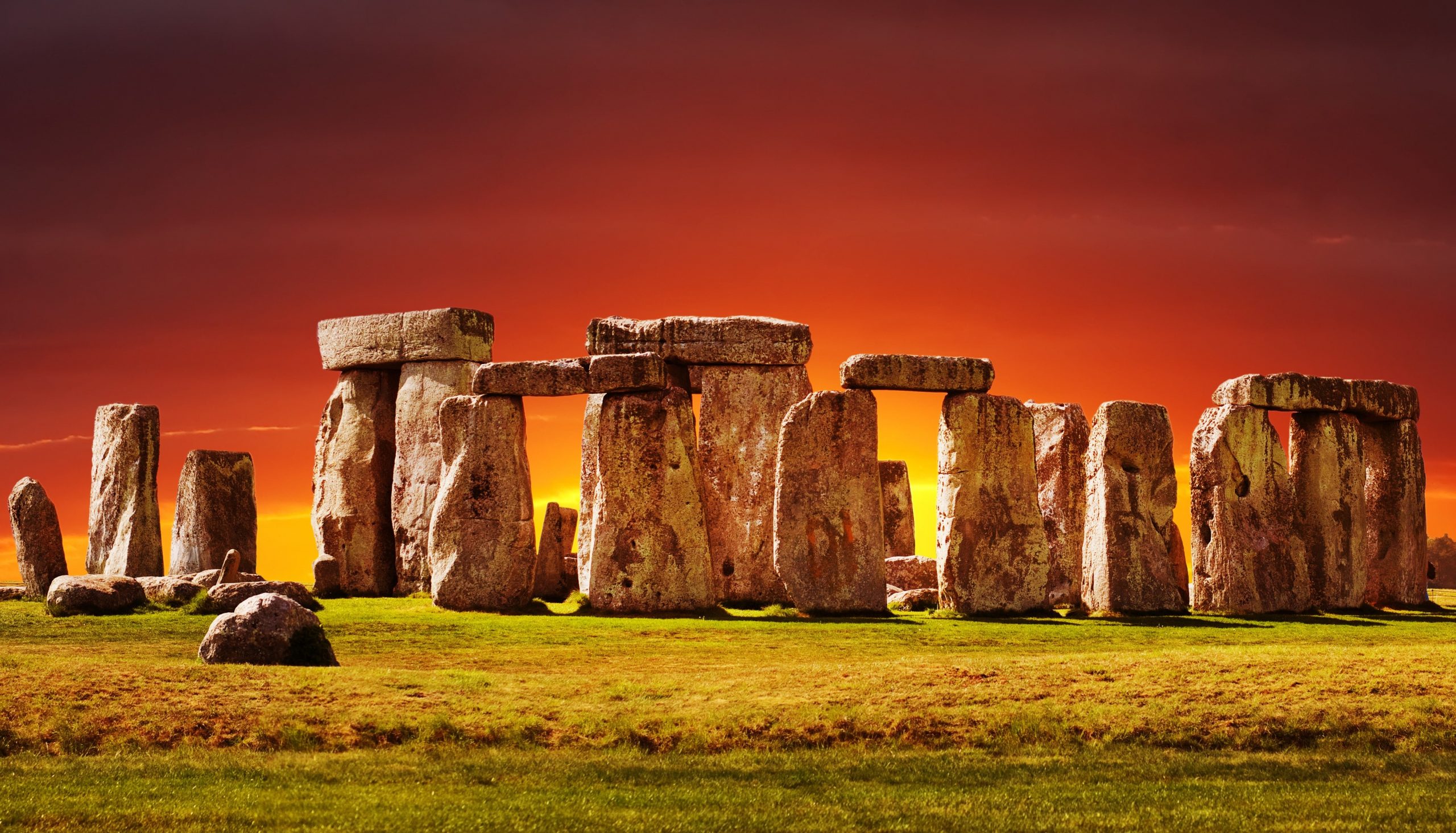 According to the scientist, large sarsens denoted a month of 30 days, which was divided into three decades. Probably, five pairs of triliths corresponded to five epagomenal days, and other elements could indicate 12 months.

During the Neolithic and Chalcolithic (Eneolithic) eras, the tradition of erecting megalithic structures spread in Europe. Probably the most famous of them is Stonehenge located in the south of England. Archaeological studies have shown that this complex was built in several stages. So, around 3020-2910 BC, the main ditch and ramparts were built. Then the Aubrey pits appeared, and the ditch was refilled. The main stone structures were already erected around 2500 BC.

In the center of Stonehenge is an altar stone, which is surrounded by five pairs of stones with lintels – the so-called triliths. They are currently surrounded by 17 vertical sarsen blocks, although studies show that there were originally 30. Lintels were laid on top of these blocks, which gave the structure a circle shape, the diameter of which was about 33 meters. Inside the sarsen ring, there are also the so-called blue stones, and outside it is the “scaffold”, supporting stones and mounds.

What was Stonehenge built for: an ancient observatory, cult complex, or calendar?

Most archaeologists believe that Stonehenge had some sort of ritual significance. So, it could serve as a space in which local farmers gathered during important events, for example, during the summer or winter solstices. This is indicated, in particular, by the axis of symmetry of the monument, which runs along the line of sunrise and sunset of the luminary during the solstices. Some researchers suggest that Stonehenge could have been used as an ancient observatory, cult complex, or calendar.

Scientists believe Stonehenge was used as a calendar

Timothy Darvill of Bournemouth University has studied the stone structure of Stonehenge, which, according to recent studies, was built around 2620-2480 BC. He decided to check whether this cromlech could really be used by the ancient inhabitants of England as a calendar.

The design of Stonehenge, according to him, is built taking into account the position of the sun during the winter and summer solstices, that is, with a period of 365.25 days. Each of the 30 sarsen stones represented one solar day, which together formed a month consisting of three decades. The beginning of each such ten-day “week” is indicated in the construction by a noticeably smaller stone.

The scientist noted that now there are no elements on the monument that could be correlated with 12 months. However, he admitted their existence. Darvill believes that in this way the ancient inhabitants of England celebrated a cycle of 360 days.

The remaining five epagomenal days could be indicated by five horseshoe-shaped triliths located inside the perimeter of Stonehenge. Also, the elements of this monument could indicate the need to add one more day to the calendar every four years.

The archaeologist believes that the beginning of the year in such a calendar was counted from the winter solstice. Such a tradition in pre-Christian societies, in particular, is recorded in early medieval English written sources, where it is described that the year was divided into two parts and included a holiday in the middle of winter and in the middle of summer.

Darvill believes that the communities that lived in Northwestern Europe at the end of the 4th – beginning of the 3rd millennium could have developed such a calendar themselves. Although, perhaps, this tradition was adopted from the societies of the Eastern Mediterranean. So, in the III millennium BC, the solar calendar already existed in ancient Egypt.